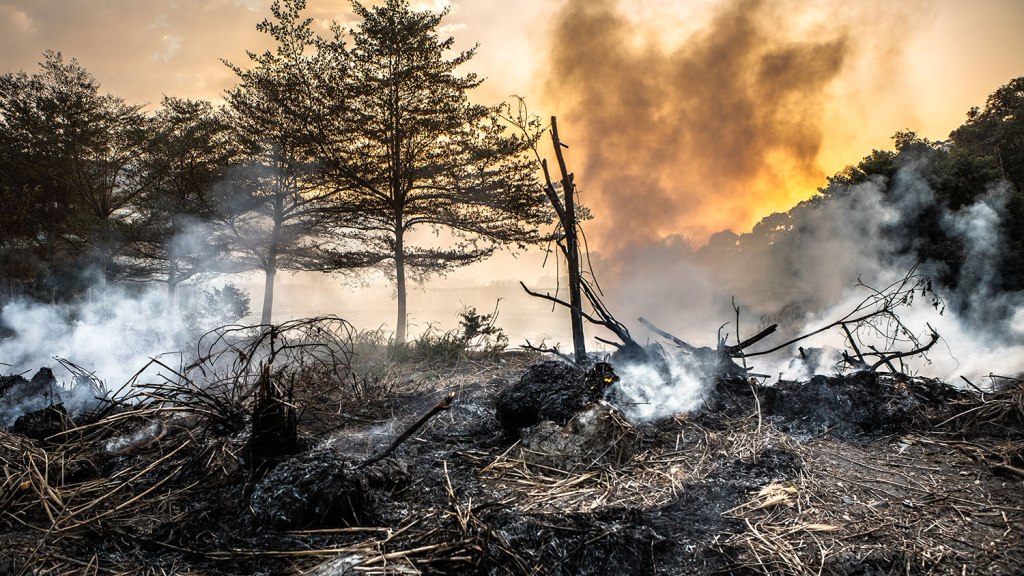 It’s the season when wildfires rage, and this year they’re raging particularly hard: In June alone, Alaska saw 1.1 million acres go up in flames. In California, firefighters had responded to 3,381 wildfires by July 11, “1,000 more than the average over the previous five years,” The New York Times reports in a big feature on wildfires in the state.

And that’s likely not a coincidence. A study published this week in Nature Communications connects worsening wildfire seasons to climate change, and suggests the trend will continue in the years ahead as climate change rolls forward. “Wildfires occur at the intersection of dry weather, available fuel and ignition sources,” the study’s authors write. Of those factors, “weather is the most variable.”

The study also suggests that wildfires will themselves play a role in driving climate change, creating a nasty feedback loop.

After combing through decades of data, the report’s authors show that, globally, wildfire seasons on average became 18.7 percent longer between 1979 and 2013. Some regions, of course, have it far worse: In parts of South America, wildfire season has increased by roughly 33 days over the last 35 years.

“We may be moving into a new normal. If these trends persist, we are on track to see more fire activity and more burned area,” lead author W. Matt Jolly told ClimateWire.

This map highlights areas where the length of the fire season has changed significantly since 1979, with the red areas seeing the most increase.

Over the last decade, annual wildfire suppression costs on US federal lands exceeded $1.7B US dollars and $1B US dollars in Canada. When all components are considered, including preparedness/suppression costs and economic losses, these total costs are substantially higher. In Australia in 2005, total wildfire costs were estimated at nearly $9.4B US dollars or 1.3% of their Gross Domestic Product.

The fires, worsened by climate change, then hasten climate change by spewing carbon into the atmosphere in amounts that can be more than half of what we humans generate by burning fossil fuels.

That leads to the most worrying theory posited in the paper: That the world’s forests will become less able to take CO2 out of the atmosphere as climate change advances, in part because climate change–driven wildfires are killing them off. That means wildfires would be functioning as what climate scientists call a positive feedback mechanism, a phenomenon that is made worse by global warming and, as it gets worse, also drives warming — a vicious cycle that it might be too late to break.