A restaurant isn't "sustainable" if all its entrees contain meat 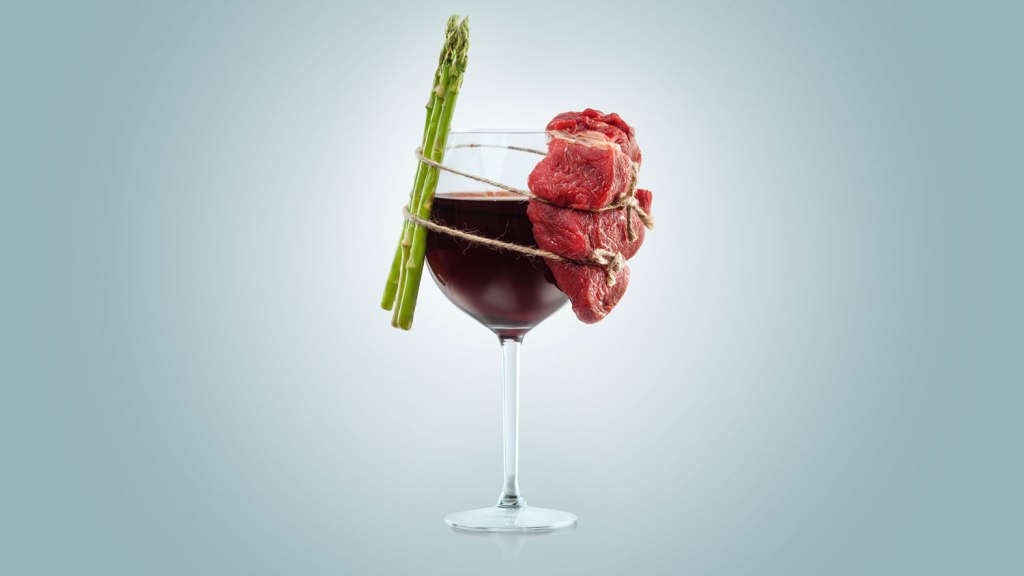 A delicious new restaurant recently opened near my home in Brooklyn, called Cooklyn. The name is more than just a play on words. It is meant to evoke the chef’s commitment to locally sourcing ingredients. “We buy as local as possible and spotlight Brooklyn artisan food purveyors,” says the website. There’s bread from local bakeries, beer from local breweries, and American farmstead cheeses. One thing there isn’t, however, is a vegetarian main course. The four entrées are duck, beef, cod, and salmon. Even the pastas all include meats or seafood.

This split personality — artisanal, organic, locally sourced cuisine and a total lack of meat-free options — is extremely common among hip new eateries. As Grist’s Lisa Hymas observed in 2012, “At some point over the past few years, vegetarianism went wholly out of style.”

It isn’t just the fancy farm-to-table restaurants that are celebrating carnivorousness. Barbecue is hot right now; there’s even a forthcoming kosher barbecue joint in Brooklyn for “the type of person who orders meat with a side of meat.” Upscale hamburgers are all the rage, according to a New York magazine cover package devoted solely to the phenomenon. Pork belly and short rib are now staples, and bacon is being added to everything from ice cream to cocktails. “SIN IS IN, gastronomically speaking,” says the website of BarBacon, a Manhattan restaurant that puts its namesake in almost every dish it serves.

We’re asking the tough questions on meat
Why does meat have to be manly?
Can meat actually be eco-friendly?

There is a problem, though, for anyone who cares about climate change: Meat consumption is a major contributor to greenhouse gas emissions. Animals — so like us! — burp, fart, and poop. When they do, they release methane, a greenhouse gas that is 86 times more potent per pound than carbon dioxide over a 20-year period. Then there’s the carbon pollution associated with using far more grain, and thus land, to feed livestock than we’d need if we just ate the grain directly. Housing, transporting, and slaughtering farm animals are all energy-intensive compared to growing and processing other foods. Milk cows are also big emitters, since cows are the worst methane producers. Add up the emissions and deforestation that’s often associated with raising animals, and livestock accounts for an estimated 14.5 percent of global greenhouse gas emissions.

Global meat consumption is rapidly increasing, thanks to populations that are growing and growing richer. The result, as The Guardian reported in December: “Two recent peer-reviewed studies calculated that, without severe cuts in this trend, agricultural emissions will take up the entire world’s carbon budget by 2050, with livestock a major contributor. This would mean every other sector, including energy, industry and transport, would have to be zero carbon, which is described as ‘impossible.’”

So all those restaurants that purport to be socially and environmentally responsible really aren’t if they not only serve meat but offer virtually nothing for vegetarians and vegans. They may serve only heritage breeds of pork, only free-range chicken and grass-fed beef, only local and organic products. But while all those things are good in terms of minimizing local environmental impacts and animal cruelty, they don’t eliminate the enormous carbon pollution that comes from eating meat. The idea that grass-fed beef could be carbon-negative seems to be wildly overhyped.

So why is this? A lot of chefs may simply be uninformed about the climate change impact of even humanely raised livestock.

“I don’t know that we [chefs] understand deeply about [greenhouse gas emissions],” says Alice Waters, the owner of Chez Panisse, a Berkeley restaurant renowned for its organic, locally grown ingredients. “I think it’s very hard to understand that, especially when you’re dealing with a small farm that’s growing its own feed and you’re thinking this is as good as it can be.”

Some might argue that when chefs open a restaurant without meat-free options, they aren’t really affecting meat consumption because vegetarians will just go somewhere else. But this isn’t just about vegetarians. You don’t need to be vegetarian to play your part in reducing meat consumption. At roughly 270 pounds of meat per year per person, the U.S. ranks second only to Luxembourg in per capita meat consumption. Only about 2 percent of Americans are vegetarian, but if everyone else simply ate half as much meat, we’d have the same effect as if half the country went vegetarian. “We need to just accept a kind of diet that is mostly plants and add meat as a condiment, as a flavoring,” says Waters.

I’ve given up on being a vegetarian, but I still try to eat less meat. Lots of people might want to avoid meat on any given night, for reasons ranging from their mood to health concerns like cholesterol and acid reflux. Restaurants that don’t offer any vegetarian options make it harder.

But eating animal fat–free in hip cities is frowned upon by pretentious chefs. Twice recently, I’ve asked for skim milk with my coffee at trendy brunch spots and been told that they only have whole milk. That’s obnoxious. I understand that they think people who use skim milk are philistines with bad taste, but their paying customers, who might be cutting down on animal fat for health reasons, aren’t there to be schooled in food snobbery. What happened to hospitably accommodating your guests?

In fairness to chefs, the trend toward meat-centric menus is partially driven by the economics of running a restaurant. A lot of the cost is not in the food ingredients but in the rent and labor. So the way to cover those costs is to get you to buy more expensive items. Fresh vegetables, which can be pricey to procure and labor-intensive to prepare, are not the best way to go about doing that, since people tend to think it’s a ripoff to pay anywhere near as much for an all-veggie meal as a meat-heavy one. “It’s very hard, the finances of a restaurant,” says Waters. “Just serving vegetables, it’s very hard for a restaurant to charge what they need to charge to make the finances work. When you put [meat] on a plate, you’re making it more valuable.”

Ultimately, if it’s an economic problem, the most straightforward solution would be economic as well. A tax on meat to account for the social cost of methane emissions would raise the price and make the bill for vegetarian entrées seem more reasonable in comparison.

Waters also argues that restaurants should serve only organically raised meat, as she does at Chez Panisse, in part because that drives up the price of meat and forces chefs to use it more sparingly. And she contends that too few American chefs really know how to artfully and tastily prepare vegetables, and simply expanding their capabilities would help. These are good ideas, but first and foremost we’ve just got to recognize the fraudulence of restaurants claiming to be green but not doing their part to combat the biggest environmental problem out there.