Climate change is washing WWII soldiers from their graves 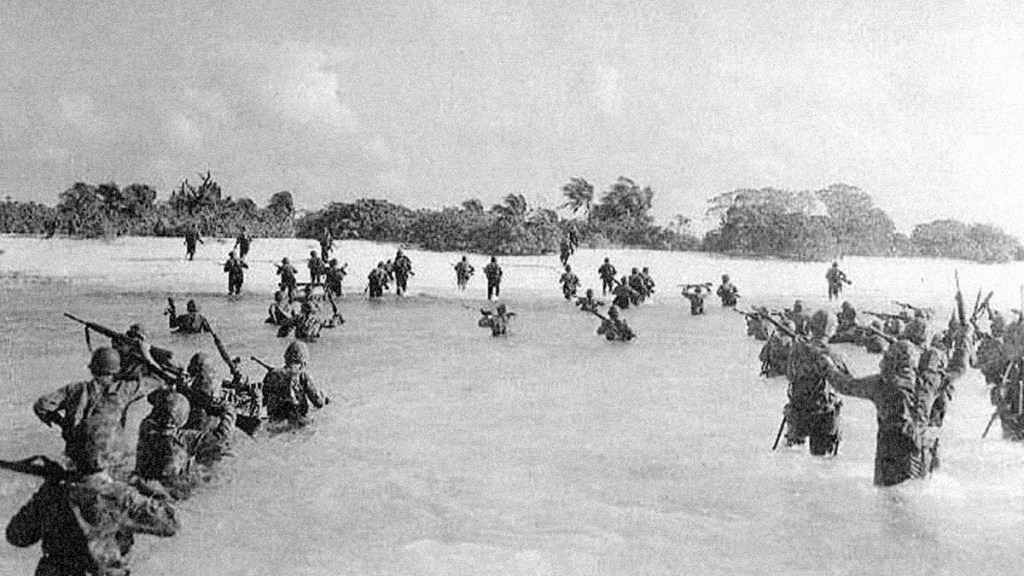 Climate change is washing WWII soldiers from their graves

Seven decades ago last week, over a million allied soldiers stormed the beaches of Normandy. Hundreds of thousands gave their lives on both sides of that lone battlefield, one of many in the largest and costliest conflict in human history. Millions would fight and die, some on the side of right, others caught up in the gears of a terrible, fascist and racist machine, still others caught between.

Today, a new foe, one that could prove even more deadly, is bringing the dead of World War II back to us. From Reuters’ Alister Doyle:

Rising sea levels have washed the remains of at least 26 Japanese World War Two soldiers from their graves on a low-lying Pacific archipelago, the foreign minister of the Marshall Islands said on Friday.

“There are coffins and dead people being washed away from graves. It’s that serious,” Tony de Brum told reporters on the sidelines of U.N. climate change talks in Germany.

Putting the blame on climate change, which threatens the existence of the islands that are only 2 meters (6 ft) above sea level at their highest, de Brum said: “Even the dead are affected.”

Twenty-six skeletons have been found on Santo Island after high tides battered the archipelago from February to April, he said, adding that more may be found.

The way we have been living, the paths we still tread, and our inaction as the tides rise, are literally unearthing the mistakes of our past.

But while World War II will stand forever as a burning reminder of humanity’s darkest and most loathsome qualities, it is also a tribute to our remarkable strength, ingenuity, perseverance and, above all else, our willingness to sacrifice for what is right. Our grandparents, the so-called Greatest Generation, stood up to a global threat — whether they fought on the front lines, worked in the factories of the arsenal of freedom, persevered as the bombs fell, or simply changed the way they lived to help in the fight.

Now, it’s our turn. We owe it to those who came before, the people who gave all for us to be here, and more importantly, we owe it to future generations who will live in the world we leave them.