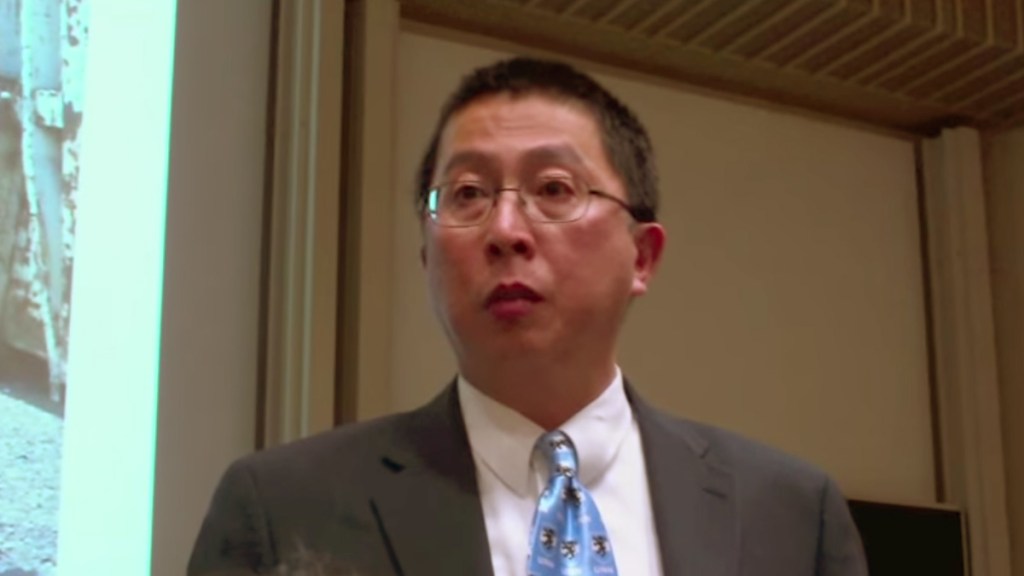 Wei-Hock “Willie” Soon has long been a favorite among the climate-denier crowd. He’s an aerospace engineer who works part-time for the Harvard-Smithsonian Center for Astrophysics and publishes papers that try to poke holes in the scientific consensus on climate change. But now information in newly released documents is casting serious doubt on his credibility, as The New York Times reports:

He has accepted more than $1.2 million in money from the fossil-fuel industry over the last decade while failing to disclose that conflict of interest in most of his scientific papers. At least 11 papers he has published since 2008 omitted such a disclosure, and in at least eight of those cases, he appears to have violated ethical guidelines of the journals that published his work.

The bundle of documents, released by Greenpeace and the Climate Investigations Center, gives a fresh reminder how the climate-denial industry functions, throwing huge sums at researchers whose work challenges the vast majority of climate science and claims we’re not on course for dangerous global warming.

Soon’s work tries to show that global warming is attributable to the sun, not humans. He has denounced the U.N. Intergovernmental Panel on Climate Change and Al Gore for overstating the threat our current fossil fuel consumption poses to the climate. And his work, it turns out, has been funded almost entirely by businesses and groups that don’t want governments to take action fighting climate change, including the ExxonMobil Foundation, the American Petroleum Institute, Southern Company, the Texaco Foundation, and the Koch-affiliated Donors’ Trust.

Soon’s affiliation with Harvard and the Smithsonian is prized by the conservative politicians and pundits who cite his work, while really pissing off the environmental community. Suzanne Goldenberg elaborates at The Guardian:

In the relatively small universe of climate denial Soon, with his Harvard-Smithsonian credentials, was a sought after commodity. He was cited admiringly by Senator James Inhofe, the Oklahoma Republican who famously called global warming a hoax. He was called to testify when Republicans in the Kansas state legislature tried to block measures promoting wind and solar power. The Heartland Institute, a hub of climate denial, gave Soon a courage award.

Soon did not enjoy such recognition from the scientific community. There were no grants from NASA, the National Science Foundation or the other institutions which were funding his colleagues at the Center for Astrophysics. According to the documents, his work was funded almost entirely by the fossil fuel lobby.

The newly released documents contain emails between Soon, Harvard-Smithsonian staff who assisted Soon, and Soon’s funders. In the emails, Soon’s research is framed as a sort of trade — the research is referred to as “deliverables.” His funding contracts specified, in some cases, that fossil fuel companies be allowed to review and give input on his work before he publish it, or that the source of his funding be kept secret.

Soon has denied that his funding influences his conclusions. But it certainly keeps his conclusions coming, even though the head of NASA’s Goddard Institute for Space Studies, which researches climate change, described Soon’s findings to The New York Times as “almost pointless” to the scientific community. The opinion of the scientific community, however, has proven not to matter much when it comes to sowing doubt among voters and policymakers — in that, the climate change deniers who capitalize on Soon’s findings have been very successful.

These new disclosures have lead some to point out that both research institutions and journals are too lax about declaring their researchers’ conflicts of interest. It remains to be seen how Harvard-Smithsonian and the journals that published Soon’s work will respond to the documents, which, because the Smithsonian is a government agency, were obtained through Freedom of Information Act requests. Will Harvard-Smithsonian drop Soon? Will the journal articles be retracted?

Meanwhile, Sen. Edward Markey (D-Mass.) is calling for a different sort of action. “For years, fossil fuel interests and front groups have attacked climate scientists and legislation to cut carbon pollution using junk science and debunked arguments,” he told The Boston Globe. So Markey is launching an investigation and asking coal and oil companies to reveal their role in funding research related to climate change.

We’re sure they’ll do that right away.