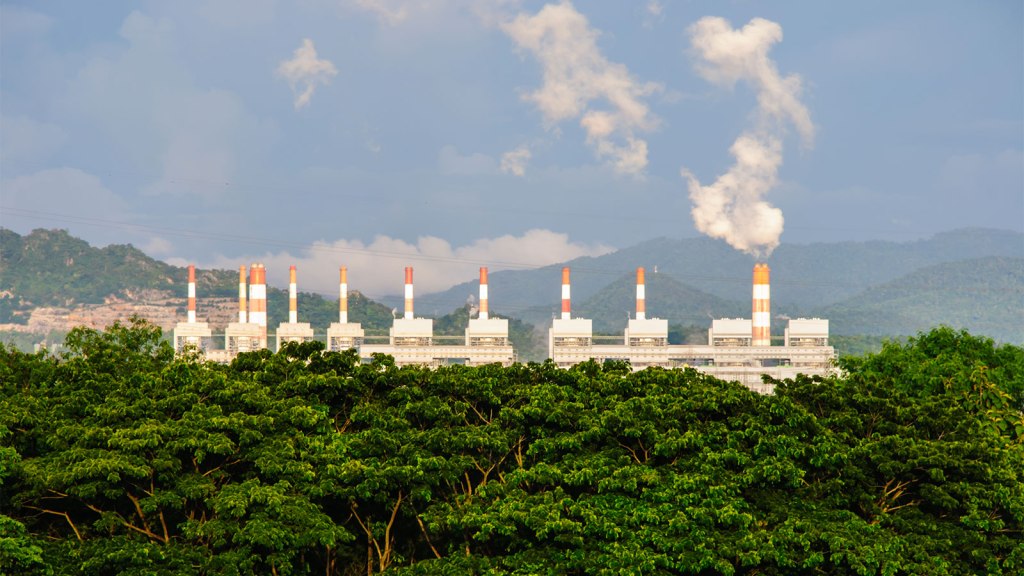 Shutterstock
You down with OPIC?

Since sweeping the midterms, Republicans in Congress have giddily discussed their plans to crush Obama’s climate change agenda. Most of the focus has been on EPA, particularly its carbon rules for power plants.

But there’s another, less-publicized area where America has been leading on climate — yes, leading! — and it too is in danger, not only from the next Congress but from greasy maneuvers expected to take place during the congressional lame-duck session that goes through December.

It has to do with overseas fossil-fuel projects. Recent hard-won victories have decreased the amount of financing that American taxpayers provide for those projects; in turn, other international financing institutions have followed suit. If Republicans (and some Democrats) have their way, that trend will be reversed.

At issue are the Overseas Private Investment Corporation (OPIC), the U.S. government’s development finance agency, and the Export-Import Bank, its export credit agency. For decades these agencies have financed huge fossil-fuel projects overseas, not only power plants but transport and export infrastructure.

Those large-scale fossil projects have a pretty dismal record. They’ve led to political corruption, destruction of vulnerable communities, and horrific health impacts from air and water pollution. Read Kate Sheppard’s story in Mother Jones on a giant Ex-Im-funded coal plant in South Africa, or Ian Shearn’s piece in The Nation on the Ex-Im-funded LNG project that led to a deadly landslide in Papau New Guinea. Or read all about the scandal-plagued LNG project in Bonny Island, Nigeria, in which a KBR executive pled guilty to bribing Nigerian officials to the tune of $180 million. In response to the revelation of endemic corruption, the Ex-Im Bank effectively did nothing, continuing to trumpet the deal and finance other KBR projects. Then there’s the awful World Bank–funded Chad-Cameroon oil pipeline. And on and on — such stories are legion.

Anyway, in recent years there have been some positive developments. In 2002, a coalition of enviro groups sued OPIC and Ex-Im for not considering the impact on climate change of their investment decisions. In 2009, the case was settled. As part of the settlement, OPIC was required to shift some funding from fossil-fuel investments to renewable energy. Ex-Im was required to develop a carbon policy and ramp up renewable energy financing.

OPIC took these developments to heart and has gone big on renewables; in 2013, it devoted $1.2 billion to clean energy projects, representing a third of its entire budget.

Then, in 2013, Obama launched his Climate Action Plan, which said that OPIC and Ex-Im could no longer fund coal plants overseas unless a) they are in poor countries where there is no economic alternative, or b) they include carbon capture and sequestration. This left open funding for the other parts of fossil-fuel infrastructure — mining and drilling, transport, export, and LNG plants — and sure enough, green groups are suing Ex-Im again for funding that stuff.

Nonetheless, the restriction on coal-plant funding was pioneering. Since then, similar public financing institutions in the U.K., Germany, France, and the Nordic countries have followed suit; there are also new restrictions on coal-plant funding at the World Bank, the European Investment Bank, and the European Bank for Reconstruction and Development. Three cheers for American leadership!

Naturally, Republicans and fossil-state Democrats want to reverse that leadership. Early this year, Congress finally passed an appropriations bill (after the government shutdown in 2013 delayed it). It funded the government through Sept. 30; in September, Congress voted to extend it to Dec. 11.

During House-Senate negotiations over the bill in January, Rep. Hal Rogers (R-Ky.), chair of the House Appropriations Committee, snuck in a rider that prohibited OPIC and Ex-Im from implementing the Climate Action Plan recommendations. Senate staffers felt ambushed, Senate Appropriations Chair Barbara Mikulski (D-Md.) didn’t realize the significance, and the rider survived to pass as part of the bill.

Now, just as OPIC and Ex-Im were in the process of incorporating the Climate Action Plan restrictions into their official policies, they are stuck in limbo.

But enviro groups have been educating Dems in Congress and fighting back. This summer, the reliably evil Sen. Joe Manchin (D-W.Va.), who chairs the Senate Banking Committee, which has oversight of Ex-Im, tried to sneak a similar rider into longer-term legislation. Sens. Barbara Boxer (D-Calif.) and Maria Cantwell (D-Wash.), among others, pushed back and forced Manchin to drop it.

The next chapter in the saga begins on Dec. 11, when the appropriations bill expires and something new must be passed in its place (or else the government shuts down again). Enviros are pushing their congressional champions to prevent a similar rider in the next bill.

Even if they do, Republican leadership has made it very clear that they’re going to go after any and all restrictions on fossil-fuel funding. At some point in the next two years, Congress is likely to attach a similar amendment to something, probably a big “must pass” like an appropriations bill, at which point it will be up to Obama to decide whether to veto.

There’s a real question about whether the administration will consider this policy important enough to be worth vetoing a larger bill and risking a shutdown. Between now and then, climate hawks ought to make some noise about it, so at least it has a fighting chance.

It would be a real shame to see a bit of bold (if unheralded) American leadership on climate change undermined by fossil-besotted jackasses in Congress.