Could this lawsuit force Obama to fix his ridiculous coal-leasing program? 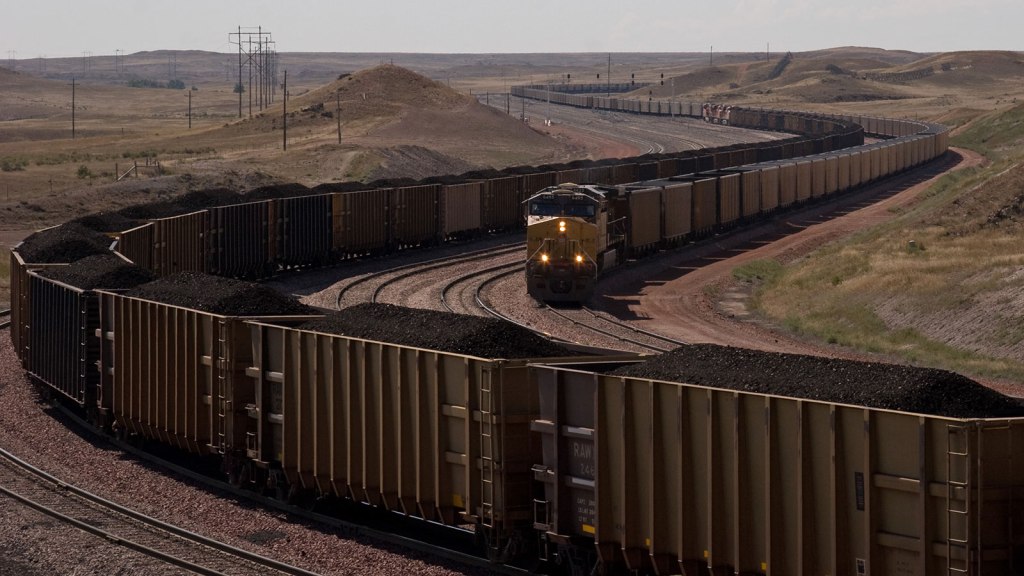 Could this lawsuit force Obama to fix his ridiculous coal-leasing program?

A new lawsuit filed in federal court may force President Obama to stop treating public land as if he were George W. Bush.

Obama’s Bureau of Land Management hands out leases for coal mining on federal lands at bargain basement prices. Selling coal at a steep discount amounts to a massive subsidy for the dirtiest fossil fuel. The lawsuit, filed last week by Friends of the Earth and the Western Organization of Resource Councils, which represents farmers and ranchers, argues that BLM has ignored its legal obligation to calculate the environmental costs of opening up public lands for private companies to conduct coal mining — particularly the costs to the climate.

Ever since he won a second term, Obama has been developing a comprehensive agenda to reduce greenhouse gas emissions. His Climate Action Plan includes power-plant regulations, fuel-economy standards, and energy-efficiency measures. But there is a notable absence: any plan to reform the BLM’s corporate welfare for coal companies.

“The BLM seems like a rogue agency that the administration has not been able to get its arms around to make sure it’s obeying the law, and to address the dissonance of BLM activity and other policies and priorities of the administration,” says Dave Stewart, a vice president at the Paul G. Allen Family Foundation, which is funding the lawsuit.

In July, Greenpeace released a report detailing the coal-leasing program’s costs, to both the climate and the treasury:

The Bureau of Land Management has leased 2.2 billion tons of publicly owned coal during the Obama administration, unlocking 3.9 billion metric tons of carbon pollution. This is equivalent to the annual emissions of over 825 million passenger vehicles, and more than the 3.7 billion tons that was emitted in the entire European Union in 2012. …

A ton of publicly owned coal leased during the Obama administration will, on average, cause damages estimated at between $22 and $237, using the federal government’s social cost of carbon estimates — yet the average price per ton for those coal leases was only $1.03.

The BLM, which is part of the Department of Interior, has not conducted an environmental review of its coal-leasing program since 1979. The National Environmental Policy Act requires federal agencies to do an additional EIS when new information becomes available. A lot more data on climate change has become available since 1979. That’s why the EPA reached the conclusion in 2009 that greenhouse gases “threaten the public health and welfare of current and future generations.”

“A sister agency has gone through the data and declared that greenhouse gas emissions pose a danger to health and welfare, and that order was held up in court,” says Stewart. “But the BLM is acting like it’s still in the 1970s. … It’s hard to justify the way that the coal-leasing program has been run: without considering the available science and the mounting data of the impact on traditional pollution and climate change.”

The BLM’s legal mandate is “To sustain the health, diversity, and productivity of America’s public lands for the use and enjoyment of present and future generations.” Coal mining, which fills adjacent air and water with toxins and leads to carbon emissions, does not very well serve that mission.

The lawsuit demands a moratorium on coal leasing on public land pending the completion of a supplemental EIS. Following the EIS, BLM would have to devise a new policy — presumably one that would curtail coal leasing or charge considerably more for it, or both. This could have a dramatic impact on the coal market, as 40 percent of U.S. coal production is on federal land.

So will the Obama administration actually fight this lawsuit? It could look pretty stupid if it did. To do so, after all, would require claiming that there hasn’t been significant scientific progress in measuring the impact of greenhouse gas emissions since 1979. That would deny the administration’s own scientific findings. “Is the Obama administration going to send someone into court and contest whether there’s new scientific evidence that greenhouse gas emissions harm the public health?” says an expert in environmental law who asked for anonymity to speak freely about pending litigation. “Given what the EPA is doing, [the administration] is going to look like idiots. It seems like a classic instance of the left hand not knowing what the right hand is doing.”

As I wrote in July, “Obama has a split personality on coal: He’s trying to get us to burn less of it even while we continue to mine tons of it.” This suit could force Obama to recognize that dichotomy, and fix it.