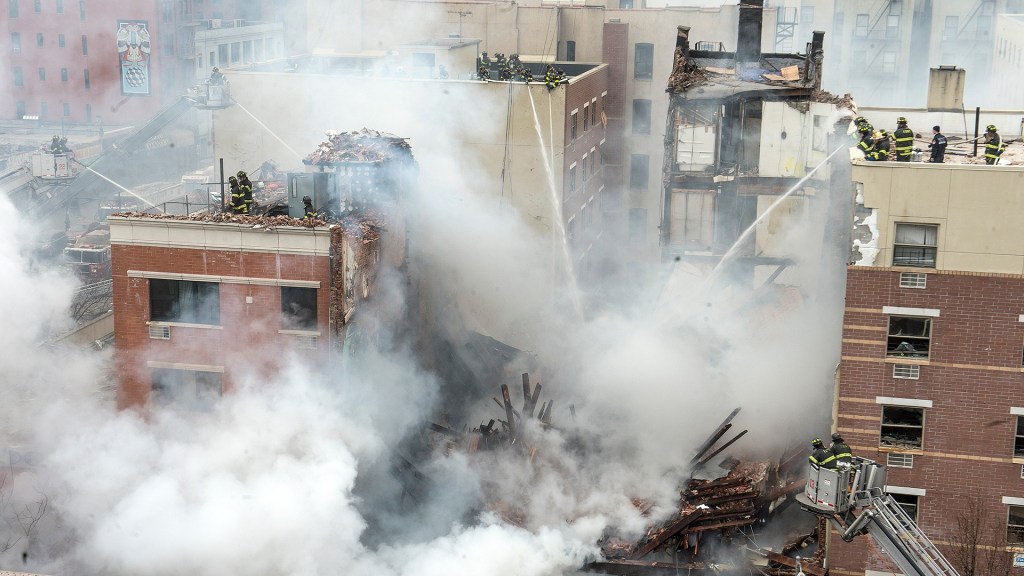 The leak-prone system that delivers natural gas to homes and power plants has claimed at least seven lives, with emergency workers continuing to search rubble in East Harlem for survivors of a building-leveling gas explosion.

More than 60 people were hurt and more were still missing Thursday morning after an apparent gas leak exploded and leveled two apartment buildings at Park Avenue and 116th Street in New York City.

The buildings erupted in a nightmarish urban conflagration at 9:30 a.m. Wednesday morning, 15 minutes after Con Edison received a call about a suspected gas leak. Its inspectors arrived after the buildings had been enveloped in flames.

“It was very dark,” survivor Elhadj Sylla told USA Today. “There was smoke, dust. … I thought it was the end of the world. I thought my life was ending.”

The blast was the deadliest of its kind in the U.S. since a gas pipeline exploded beneath San Bruno, a suburb of San Francisco, in 2010, killing eight people. But it was just the latest installment in a tragic, fossil-fueled trend. Bustle reports that an average of nine people are killed every year and 45 more are left injured following gas leaks.