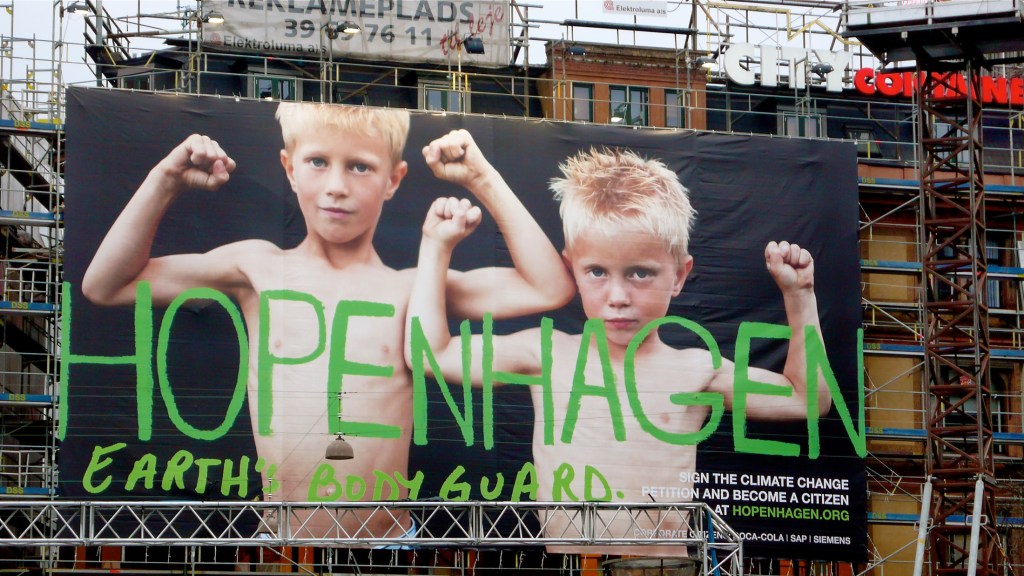 To those interested in trying to stop — or at least slow down — climate change, the 2009 Climate Change Summit in Copenhagen, which was dubbed “Hopenhagen” before it began, is remembered today as “Brokenhagen.” The summit’s failure to come to any kind of agreement was a key factor in pushing climate change activists away from working within governmental channels and towards direct action fights, like Keystone.

Why did Brokenhagen happen? Was it just a clash of expectations? Too many cooks in the climate accord kitchen? Was it bad behavior by China? The U.N.? The Senate?

Now we can add one other potential culprit to the Agatha Christie mystery that was Copenhagen: spying.

From the beginning, negotiators told the Danish newspaper Information, the Americans in Copenhagen seemed to know too much. “I was often completely taken aback by what they knew,” an anonymous member of the Danish negotiating team told the paper.

Now, new documents released by Laura Poitras and Edward Snowden have made it certain: The NSA was conducting surveillance at the Copenhagen talks (formally known as COP15). Among its discoveries: China and India were teaming up behind the scenes, and the Danish were thinking of dropping the Kyoto protocol, but were trying to keep that information secret out of a worry that the United States would use that as leverage for their own purposes.

This is not a huge shock. Earlier documents from the Snowden files have made it clear that the U.S. (like a few of its allies) was spying on everybody, especially foreign diplomats.

This is also not the first information about backroom dealings at Copenhagen. Documents released by Snowden last November showed that the U.S. and Australia had teamed up to spy on participants in 2007’s U.N. climate change conference in Bali. Diplomatic cables uploaded to Wikileaks as part of Cablegate revealed that Saudi Arabia’s minister of petroleum helped craft America’s position in Copenhagen, which was not a big surprise but not exactly welcome news either. The cables also showed that the U.S. State Department went to significant lengths before COP15 to pressure other countries into signing its own private Climate Accord, instead of the Kyoto Protocol.

Did the spying turn Hopenhagen into Brokenhagen? Hard to say. “It was completely silly of them,” Jairam Ramesh, then Indian environment minister, told the Guardian. Ramesh argues that there were enough countries at the negotiations without any desire to cut emissions that using spying to influence the outcome was just overkill. “First of all, they didn’t get what they wanted. With all their hi-tech gizmos and all their snooping, ultimately the ‘BASIC’ countries [Brazil, South Africa, India and China] bailed Obama out. With all their snooping, what did they get?”