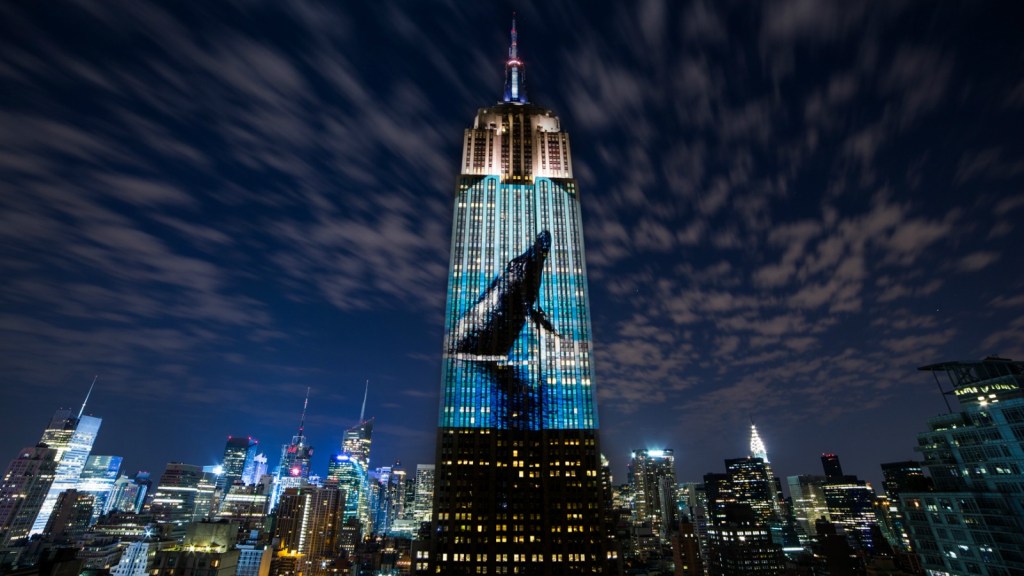 John Hoffman is the new boss of documentaries at the Discovery Channel, Animal Planet, and the Science Channel, and he wants you to know big changes are coming to the networks sometimes criticized for favoring overcooked “docu-tainment” over scientifically accurate programming.

“I am the change,” he told me in his first extended interview since taking the job in January. We met at Discovery HQ in Manhattan, his corner office view only obscured by the five Emmys lining his windowsill.

Documentary programming at the Discovery Channel — along with Animal Planet and Science Channel — is experiencing a “dramatic shift,” Hoffman said. “I’m also part of a group decision, throughout the company, to bring a lot more science. To elevate the scientists in the films.”

Part of the reason I’ve been invited by Discovery’s PR exec to interview Hoffman, I suspect, is to meet the cleanup guy. I’ve reported extensively about animal mistreatment behind the scenes of the Animal Planet show Call of the Wildman: A drugged endangered zebra is just one of the problems currently being investigated by the U.S. Department of Agriculture.

Animal Planet has also aired two documentary-style programs purporting to present evidence that mermaids are real, as well as a similar program about Bigfoot. Asked in 2012 if fake science dented the brand, Animal Planet’s chief at the time, Majorie Kaplan, said, “I don’t think so, or I wouldn’t put it on … The audience voted with their remotes.”

In 2014, Discovery’s “Shark Week” aired Megalodon, a film that claimed the largest predatory shark that ever lived was still alive. (It’s not.) Infuriating wildlife advocates, last year’s Eaten Alive promised to show a man being swallowed whole by an anaconda. (He wasn’t.) Oh, and don’t forget 2012’s zombie “documentary,” either.

By contrast, Hoffman is regarded as documentary aristocracy: a 17-year veteran of HBO with a record of meticulous science documentaries like The Alzheimer’s Project and The Weight of the Nation, on which he partnered with leading research and advocacy groups to present definitive pictures of Alzheimer’s disease and obesity, respectively. He’s won a Peabody Award and two duPont-Columbia awards.

Along with Hoffman comes a new Discovery documentary unit of five staff members, and a big budget (though he wouldn’t tell me exactly how big). It’s “a demonstration of Discovery’s commitment to documentaries as a really important part of the schedule,” Hoffman said.

To reflect that investment, Hoffman said 2016’s roster will be brimming with new scientific TV programs about planet Earth — films about the “ways that we’re compromising the environment, and ways that we will hopefully save it” — marking a new direction for the network. He called climate change “the most important story of our time.”

That sentiment didn’t always rule at Discovery. Just three years ago, the lavish and popular seven-hour series Frozen Planet, a co-production with the BBC that aired on Discovery, was widely criticized for shortchanging climate science and being skittish about the politics of the climate debate. The series producer for the BBC, Vanessa Berlowitz, told the New York Times at the time that she didn’t include scientific theories behind climate change because it “would have undermined the strength of an objective documentary.”

With Hoffman’s entrance, that may soon change. As his first big act on the job, Hoffman acquired Racing Extinction, a film from the Academy Award-winning director of The Cove, Louie Psihoyos. The film launches simultaneously on Dec. 2 on Discovery channels around the world — in 220 countries and territories. At the heart of this gorgeously shot nature documentary about the next mass extinction is a precise and unflinching explanation of climate change and its devastating effects on the planet (along with some thrilling undercover stings of illegal animal traders). “Humans have become the asteroid,” the film notes grimly.

“Pretty pictures only go so far,” said Hoffman’s boss, Rich Ross, the new president of Discovery, Animal Planet, and Science Channel, when I met him after watching the film. At the same time, “activism without focus loses its power.” The film is designed to coincide with the early days of the high-stakes U.N. climate summit, which begins on Nov. 30 in Paris, where leaders will attempt to forge a new global deal to limit greenhouse gases.

Launching alongside the film is an environmental advocacy campaign, #StartWith1Thing, which asks people to say one thing they’ll change in their lives to save the planet, and then pass it on. (Hoffman’s own pledge is to power-down all his devices overnight.) It’s “a film which is actually a movement,” said Fisher Stevens, a producer of the film, at an industry screening.

The film is also pulling in star power to push its message. One of the pitchmen, in attendance for the Manhattan screening, is actor Paul Rudd. “There are so many things competing for our eyeballs, and most of them aren’t as thought-provoking as this, or affecting in such an obvious, palpable, and tangible way,” Rudd told me. “The more people who see it the better.”

But the film’s message is not simply about activism, says Hoffman. It’s a statement to the film and media industries at large that Discovery is back in the game of producing powerful scientific films: “Racing Extinction sends a big message to a lot of people about how we’re now doing business — not only to our viewers, but to the opinion makers in this country, to the entertainment community, to the directors that we want to come in our doors and bring us ideas.”

Hoffman said he knows nothing of the Animal Planet scandals I uncovered. (“I literally have no idea what that show is. What’s the show?”) But he said his good name in the industry is on the line. Hoffman is not simply an executive, he said. He’s a filmmaker. “I bring that credibility into this job, and I need to maintain that credibility.” Ratings, he said, aren’t the be-all and end-all of his job. The other metrics are that a project “gets good press, gets good buzz, it gets good reviews, and five, it gets awards.”

I pushed him more: “But how do you prevent that stuff from happening?”

In the only even remotely testy moment in our interview, Hoffman said, “Do you think for a second I am going to risk my reputation and that I’m going to do something that is a troubled documentary? That I associate the brand with either controversy, or scandal, or whatever? It’s career suicide.”

“I don’t want ‘devil horns,’ I want ‘halo’ associated with my name,” he said. “That’s what I was schooled in. That is why I was hired.”