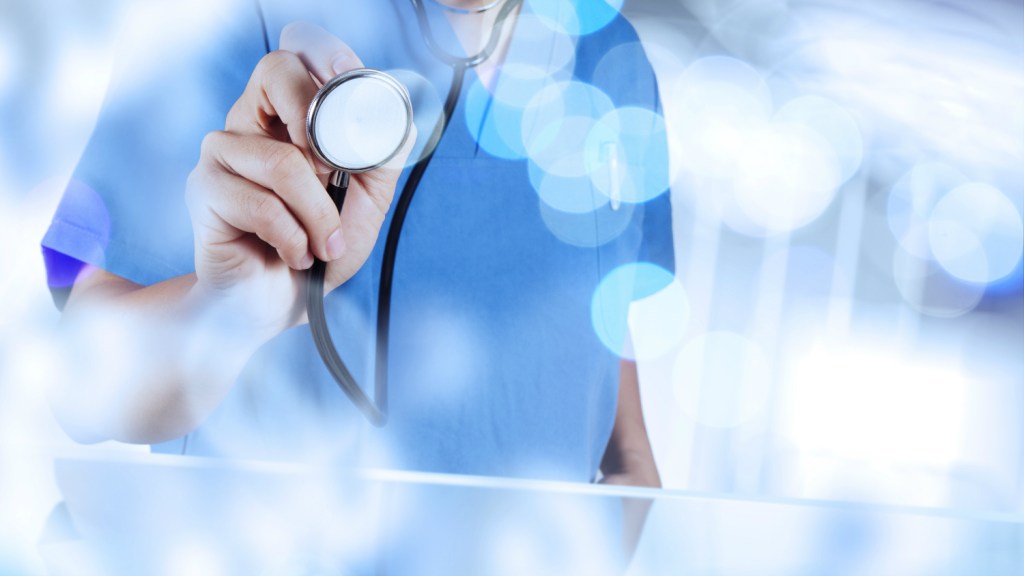 It’s never a comfortable conversation, but it’s one that doctors like us have learned to deliver to our patients: Your behavior is endangering your health, and you need to recognize the risks.

Usually, clear-eyed patients can see the symptoms themselves — weight gain, let’s say, or difficulty breathing — as well as the changes necessary to improve their health.

Now, the nation’s leading medical practitioners — with the White House behind them — are stepping forward with a diagnosis that all of us should heed, because the symptoms are becoming undeniable and the risks tremendous: Climate change is a health threat.

The nation’s public health leaders, doctors, and nurses are seeing more and more evidence — both in their patients and in epidemiological data — showing the direct and indirect links. We’re seeing more respiratory illnesses, cardiovascular disease, and heat-related deaths.

As leaders of public health institutions, we cannot overstate the importance of the commitment from President Obama and the highest levels of our government to shine a light on the health impacts of climate change.

Last month, President Obama affirmed the threat that climate change poses to the nation’s health, and committed resources to strengthening health data and to enhancing our preparedness, including targeted responses for the most vulnerable in our society. At the same time, the U.S. Global Climate Research Program released a sobering draft Climate and Health Assessment. The draft — the work of numerous experts in scientific agencies, universities, and the private sector — found that climate change is not just a future threat, but is impacting Americans every day, and that every American is at risk. Later this spring, the surgeon general will host a Climate Change and Health Summit at the White House.

Those of us who train the next generation of health professionals are taking heed. In schools of public health, medicine, and nursing, we are teaching the facts about climate change — and the health strategies we need to protect patients and communities.

Public awareness is growing too. Recently the Yale Center on Climate Change Communication released data showing that, among Americans concerned with climate change, large majorities understand that climate change will harm people in the U.S.

Health statistics support this view. For instance, climate change is leading to longer pollen seasons, higher levels of pollen production, and more allergenic plant products — increasing symptoms among the many people who suffer from asthma, hay fever, and allergies. Or consider wildfires. The smoke can send hundreds of asthma, bronchitis, and chronic lung disease sufferers to the hospital, as it did during recent California wildfires — and this problem is worsening. The list goes on: spreading Lyme disease, unprecedented outbreaks of dengue fever, heat-related illness and injury in our cities.

The effects we see today are just the beginning. The breadth of climate’s impacts on health is immense. Heat waves, severe storms, and droughts are clear and direct threats to people’s health. Indirect threats, such as those described above, can be even more damaging. President Obama was correct to call attention to these.

The risks to our health are both personally damaging and collectively destructive — but they are also costly. President Obama noted the enormous social and economic costs that climate change will incur, including the costs of climate-related illnesses — costs that often exceed the costs of mitigating climate change by reducing carbon emissions. On the other hand, taking preventive action will not only save lives and prevent suffering; it will bring economic opportunities. The efforts of companies such as Google and Microsoft, as they do their part to tackle climate change, will not only make people healthier, but will also be profitable.

The health benefits of mitigating climate change go well beyond the avoided health-care costs from climate-related outcomes. If strategies to reduce carbon pollution and make the air cleaner also promote healthy behaviors, such as riding bikes or reducing the meat in our diets, then we multiply the benefits. These are often called “no regrets” policies; we call them no-brainers.

Generations ago, doctors used to advise tuberculosis patients to spend time in drier or warmer climates to improve their health. In our time, it’s the climate we live in that needs the attention. The evidence, increasingly, is showing up in our patients and in our examination rooms.