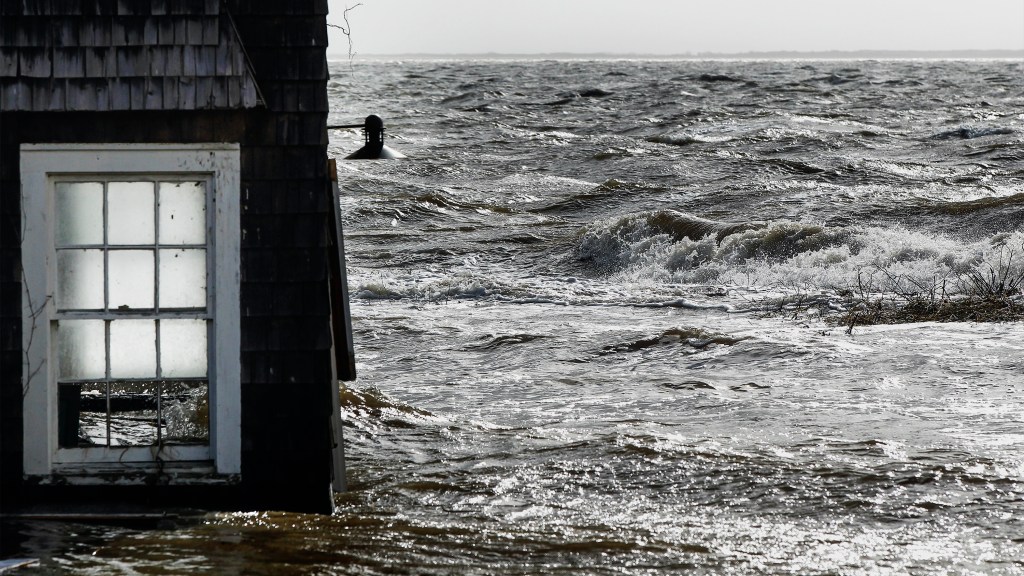 Water pushed up by Hurricane Sandy splashes into the window of a building in Bellport, N.Y. REUTERS/Lucas Jackson
Climate & Energy

After Hurricane Sandy, a wise man said, “Don’t be stupid enough to let this happen again.” (I mean, I’m sure someone said this.) Three years ago today, Hurricane Sandy hit the tristate area. Power cut out in half of Manhattan; hospitals were evacuated; and subways were flooded and shut down. Today, people are still trying to rebuild their homes and their neighborhoods — and some people are still displaced. After the storm hit, 8 million people in 21 states were without power. This year, while the East Coast just dodged being hit by Hurricane Joaquin, South Carolina experienced major flooding for weeks.

So, you might think maybe it’s high time we get our catastrophic-weather act together? Well, earlier this week, The Union of Concerned Scientists (UCS) released a study showing that most of the power grid on the Gulf and East Coasts of the United States would not be prepared for another Category 3 hurricane.

In all, 68 power plants and 415 major electric power substations are susceptible to flooding in a Category 3 hurricane, a storm with sustained winds up to 130 mph.

Of course, climate change is only going to make the risk for flooding and damage that much higher. So, how do we avoid this? UCS recommends moving important infrastructure away from the coast and building more clean-energy projects, which could potentially provide emergency power.

Steve Clemmer, a director at UCS and coauthor of the report, explained to Inside Climate News why this strategy would be a win-win: “You can keep the power on for critical facilities and, to the extent that you are using a clean energy solution, you can also help reduce greenhouse gas emissions which will help reduce the magnitude of the problem over time.”