The wild salmon on your plate actually goes to bed at 9 p.m., is probably farmed 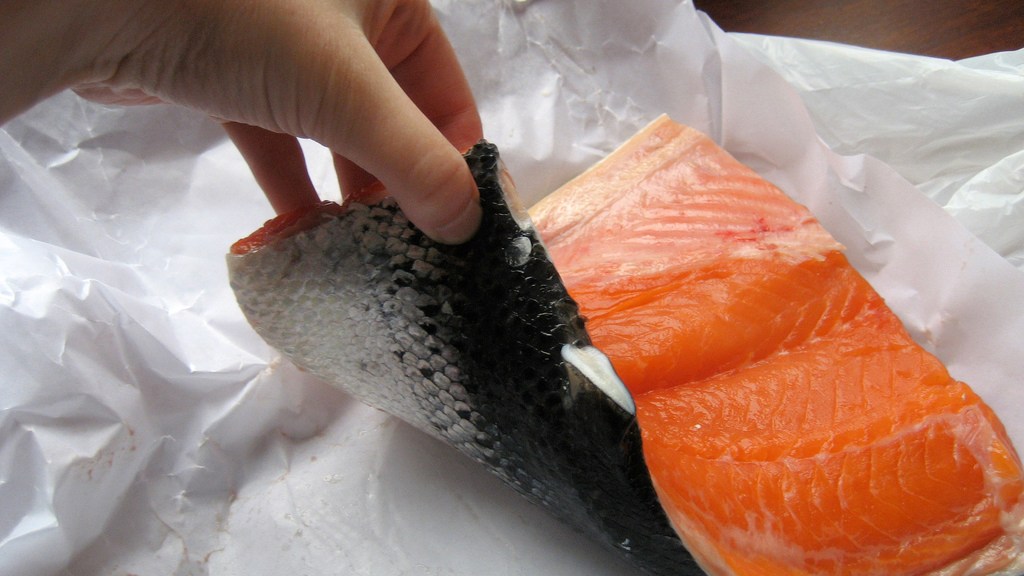 The wild salmon on your plate actually goes to bed at 9 p.m., is probably farmed

Looks like that wild salmon you had for dinner might not have been so wild after all.

The conservation group Oceana analyzed the DNA of 83 samples of salmon collected from eateries in New York, Washington, Chicago, and Virginia and found that two-thirds of salmon labeled as wild was actually farm-raised. This shouldn’t be hugely surprising — a widely publicized 2013 report from Oceana found that one-in-three fish sold in restaurants and grocery stores was misidentified.

How do you know if the wild salmon on your plate is actually wild? Consider the season and the source. The New York Times reports:

When the authors combined the two study samplings, they found that time of year was a strong indicator of whether a restaurant would sell mislabeled salmon. During winter months, fresh wild salmon is less available, but diners’ appetite for the fish does not diminish, creating an incentive to substitute readily available farmed salmon. The researchers found that large chain groceries had the lowest percentage of misidentified salmon, and were eight times less likely to offer such mislabeled salmon than small groceries.

“They need to know that this isn’t just anecdotal evidence, that our salmon is being plagiarized with farmed salmon and this DNA evidence shows that,” she said.

Where along the supply chain is the mislabeling happening? Are restaurants and groceries purposefully lying, or are they too being duped? Hard to know. The fish supply chain is long and confusing: American fisheries export 70 percent of salmon, according to Oceana, often to China, where processing is inexpensive. That fish then gets shipped around the world, including back to the United States. Mislabeling could occur anywhere in that supply chain.

The seafood industry, naturally, was displeased by the findings. “We’re not talking about the crime of the century; if you have a menu, an invoice and a DNA test, you can tell if the product was mislabeled at the restaurant or before it got there,” Gavin Gibbons, a spokesperson for trade group the National Fisheries Institute, told the Times. “They’re only doing half an investigation at best and proclaiming it complete.”

Oceana is calling for stricter regulations and tracking of seafood, but in the meantime, what’s the conscientious consumer to do? Oceana recommends asking your supplier about the origins of its salmon. Or you could bring your own DNA test to dinner. Either way.