Energy companies in Texas are setting money on fire 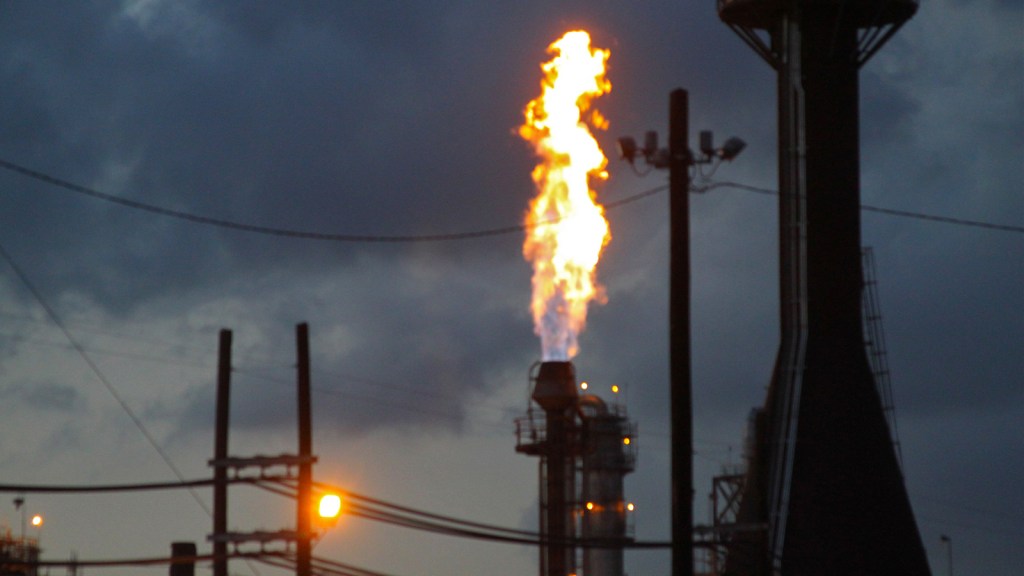 Energy companies in Texas are setting money on fire

To some, like President Obama, natural gas is the “bridge fuel” — a readily available energy source that burns cleaner than coal and that’s cheap enough to put coal out of business while we’re waiting for actually renewable energy sources to come online.

But what if it’s so cheap it just gets wasted? The bridge just collapses, is what. As an epic series put together by the San Antonio Express News shows, being really, really cheap can also mean “too cheap to sell.”

The Express News spent a year going over stacks of documents and data obtained from the Texas Railroad Commission, which is responsible for overseeing the oil and gas industry in the state. What the investigation found was that fracking operations in the remote Eagle Ford shale were keeping the more valuable oil they produced while venting the natural gas into the atmosphere. Sometimes they just released it directly into the air, despite its being one of the nastier greenhouse gases out there.  Other times they burned it first, which converted it to carbon dioxide — less climate-change inducing, but not exactly Miss Popularity either. Between 2009 to 2012, they had let go of enough natural gas to keep 335,700 typical Texan households in warm houses and hot dinners for a year.

The reason for this, according to energy companies, is that it just didn’t make financial sense to do anything else. At a Railroad Commission meeting last October, EF Energy LLC broke it down this way:

The company said it would cost $1.5 million to build a 5.7-mile pipeline to hook into the nearest available pipeline. With the gas worth an estimated $670,000, the company would lose more than $800,000.

The U.S. does have a history, however complicated, of using financial and political mechanisms to persuade companies that polluting the air around them is not a great idea, no matter how well that option serves their bottom line. This legacy, however, does not appear to have registered with the Railroad Commission, which decided that since EF energy was already flaring without permission, it might as well just approve the request.

Are there other options? There are. The Norwegian energy company Statoil manages to operate in the area without burning off gas in flares, but it is able to do so because the company thought ahead. It drills wells in areas that are connected to each other, and it installed infrastructure to capture natural gas before the wells were even operational. Another energy company, Pioneer Natural Resources, built its own natural gas fueling station so that it can use the gas that it finds while fracking to power its drilling rigs. There’s also the possibility that natural gas could be used to power the water treatment facilities designed to clean up up water contaminated with fracking fluid — an approach which has a certain ouroboros-like quality.

That said, if most companies had to follow regulations that required them to do things like this, there’d be a lot less fracking, in Texas and other places. This is a story that is new to the Eagle Ford shale, but it’s not new to North Dakota, where an estimated $100 million worth of gas a month — a third of what is pulled out of the ground —  is flared off.

In North Dakota, landowners are actually suing for lost revenue, since they only get compensated for what is sold, not what is thrown away. “It’s not just a waste to the landowner or the tax collector, it’s a waste of the land’s natural product,” a landowner named Tom Wheeler told CNBC. “When I was growing up, we were taught not to waste anything.”

It does seem un-American to have so much of something so combustible and to not even get to heat a can of beans with it, before its components ascend to wreak havoc in the troposphere. If we’re so into energy independence, why waste so much of what we’ve got?