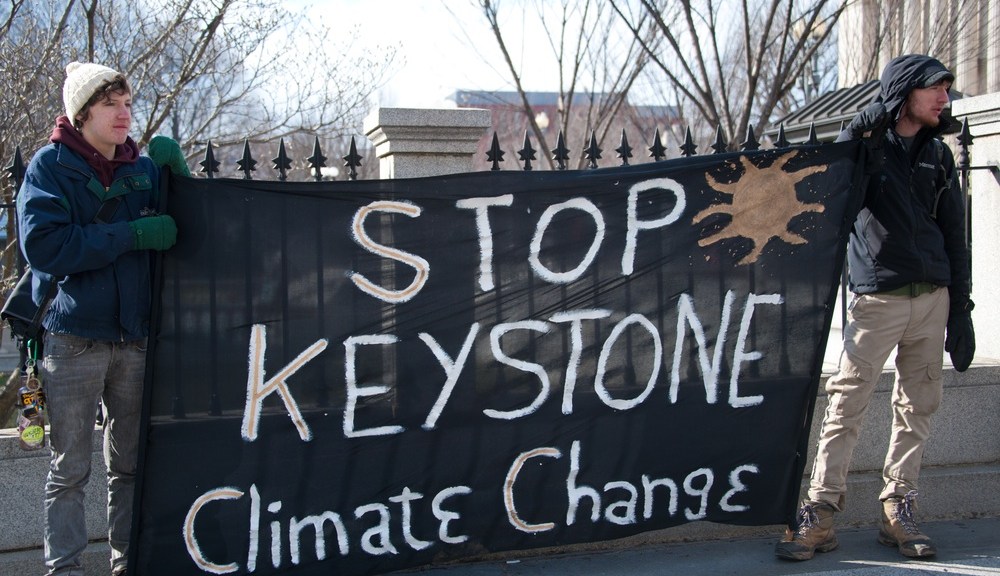 Extracting tar-sands oil from Canada would lead to “a significant increase in greenhouse gas emissions,” says the U.S. EPA.

Since the Keystone XL pipeline would facilitate tar-sands extraction, and President Obama said he would only approve the proposed pipeline if it “does not significantly exacerbate the problem of carbon pollution,” the EPA is in effect saying to the president, “Reject it!”

Right now the pipeline project is being reviewed by the State Department, which will make a recommendation to Obama on whether to give it an OK or a KO. State asked eight other federal agencies, including EPA, to offer their views on the project by yesterday. EPA did so, arguing as it has before that the pipeline would have major environmental and climate impacts. The EPA’s use of the word “significant” is, well, significant, as that’s the same word Obama used in laying out his criteria for making a decision.

Says climate activist (and Grist board member) Bill McKibben, “In a city where bureaucrats rarely say things right out loud, the EPA has come pretty close. Its knife-sharp comments make clear that despite the State Department’s relentless spin, Keystone is a climate disaster by any realistic assessment.”

The EPA has been unenthusiastic about Keystone for years, but it’s even more skeptical now that oil prices are so low. Fuel Fix explains:

In a letter to the State Department released Tuesday, the Environmental Protection Agency said plummeting crude prices could make the proposed pipeline vital to Canadian oil sands developers who face higher costs to ship their crude by rail.

An earlier State Department analysis of the project found that Alberta, Canada’s oil sands likely would be developed with or without Keystone XL. But the EPA noted that “this conclusion was based in large part on projections of the global price of oil.”

Says the Natural Resources Defense Council, “There should be no more doubt that President Obama must reject the proposed pipeline once and for all.”

Now we just have to wait to see if Obama agrees.