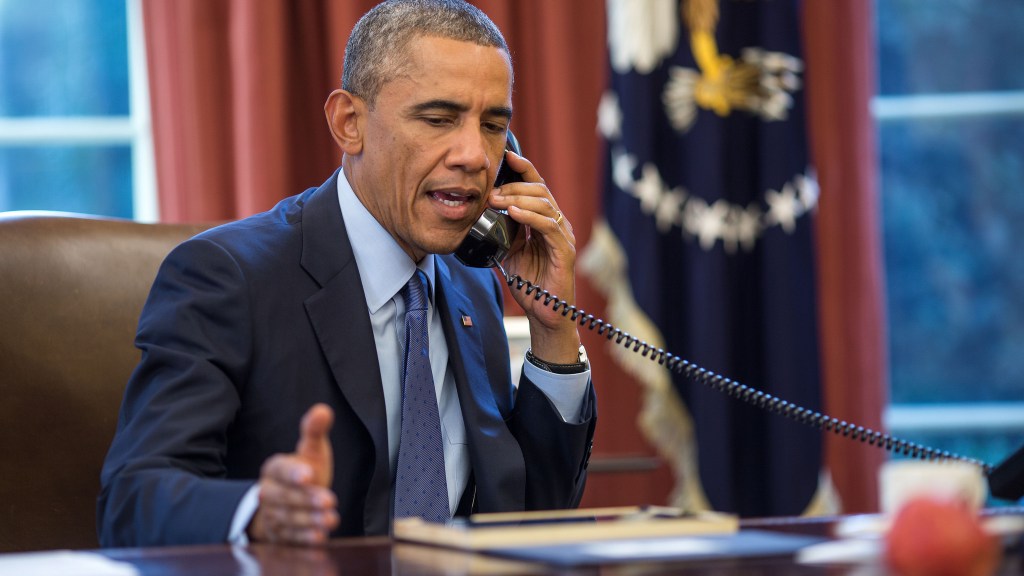 In yet another sign President Barack Obama is making climate change a big theme of his final two years in office, the White House Monday released its proposed $3.99 trillion budget, and it contains a slew of programs designed to fight global warming. It’s important to note that this budget is the president’s proposal — a blueprint — given to Congress to be fought over or blatantly ignored; it’s not law. So, this is first-and-foremost a political document used to outline the president’s vision and define his terms of engagement with Congress. Most of these measures, to use the language of the moment, will likely be “dead on arrival,” given that both the House and Senate are now under Republican control.

Having said that, the document is useful in showing which tools Obama wants to use in fighting climate change — a kind of “would if he could” laundry list of desires. Here’s what you need to know:

The budget proposes $7.4 billion for programs designed to stimulate the development of clean energy technology, mainly through the Departments of Defense, Energy, and Agriculture, and the National Science Foundation. That number is an increase from the $6.5 billion Congress enacted for this year, according to Reuters.

The budget outlines some of these activities, including fixing the energy grid to be able to use more renewable energy, reducing the costs of clean energy, finding cheaper solutions for carbon capture and storage from fossil fuels, and doing research to measure methane emissions that leak from natural gas operations.

The budget also calls for the permanent extension of tax incentives used by the solar and wind industries. Supporters of the wind industry say the Production Tax Credit is an important lifeline to help wind compete against heavily subsidized fossil fuel power sources; when it was in effect, it provided developers a tax break of 2.3 cents per kilowatt hour of energy their turbines produce for the first 10 years of operation. But the credit expired, and the Senate recently voted down a nonbinding measure calling for a five-year extension, continuing a kind of boom-and-bust cycle in the fortunes of the wind industry dictated by whether the tax credit is currently in effect.

A separate provision, the Investment Tax Credit, provides an important incentive for solar development. It offers a 30 percent federal tax credit for solar systems on residential and commercial properties. The ITC is set to expire at the end of 2016.

The budget calls for a $4 billion fund designed to encourage states to make faster and deeper cuts to power plant emissions than would be required under the rules proposed by Obama’s EPA last year. In other words, the budget would give states a financial incentive to do even more to clean up their energy sectors. States can get these incentives by, among other things, working together in regional partnerships to cut greenhouse gases. There’s unlikely to be much love for this measure in Congress: The EPA’s proposed regulations have been met by intense opposition in coal-producing states, and Republicans have labeled them a job-killer.

4. Being more prepared for natural disasters

The budget contains a range of proposals designed to help vulnerable parts of America prepare for natural disasters, including an increase of $184 million in the National Flood Insurance Program Risk Mapping efforts — historically beleaguered by debt and deficit — to $400 million. There is also additional money to tackle drought, wildfires, and coastal flooding.

The White House wants to provide $1.29 billion to advance its Global Climate Change Initiative, which includes $500 million for U.S. contributions to the U.N.’s Green Climate Fund — the first installment of the $3 billion pledged by the US last November. “The United States expects that the GCF will become a preeminent, effective, and efficient channel for climate finance,” the budget states. But the measure is likely to hit stiff opposition in Congress, where Sen. James Inhofe (R-Okla.), now chairman of the Environment and Public Works Committee, has vowed to fight it. “The president’s climate change agenda has only siphoned precious taxpayer dollars away from the real problems facing the American people,” he said in November.