Fish are great at fighting climate change. Too bad we're eating them all. 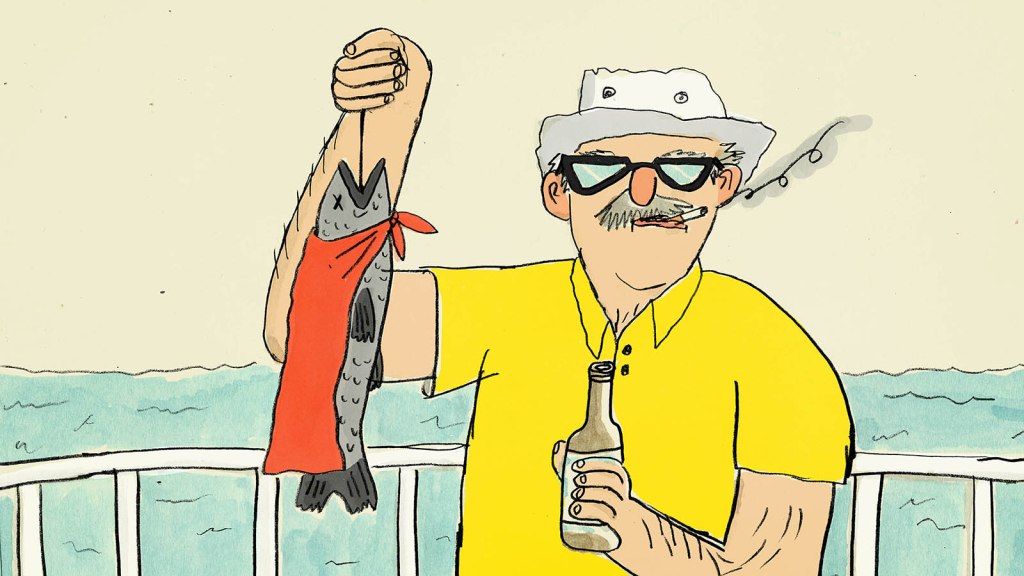 Fish are great at fighting climate change. Too bad we’re eating them all.

Climate change may be screwing with your seafood, but it turns out your seafood has been fighting back.

Fish, like Aquaman, might not seem to have a lot of relevance in the world-saving department. Never mind that the world is 99 percent ocean by habitable volume: We’re up here in the 1 percent of living space we care about the most, and they’re stuck breathing through gills and riding around on sea-ponies.

But in a DC Comics-worthy plot twist, a new study shows that fish have been doing a lot more world-saving than we thought, by way of sequestering carbon to stave off climate change — which on the danger scale is up there with supervillain plots like blocking out the sun or moving the moon. The catch (har) is that we can’t eat all our fish and have them save the world, too.

The sea absorbs about half of the billions of tons of CO2 humans emit; if it didn’t, it would already be absorbing quite a few of us. But it’s not like the oceans are just a giant sponge passively sopping up our atmospheric mess. They’re more like a forest — a really, really big one in which plants and animals grow and photosynthesize and eat each other and die, intaking carbon as they go. And a forest is made up of trees, or in this increasingly literal metaphor, phytoplankton and fish and other organisms. You can’t cut down all the fishtrees and expect your oceanforest to keep sucking up carbon.

Though we used to think that phytoplankton near the surface of the ocean did all the work of sequestration on their own, by taking their carbon with them when they died, it it now clear that the process is a little more vigorous than that. Instead of just waiting for carbon-laden plankton to get on their level, certain deep-dwelling, nightmare-inducing predators actually hunt down the tasty upper-level nibbles before swimming back into the extreme depths where all that carbon is effectively trapped for good.

And scientists recently learned that there are 10 to 30 times more of these mid- to deep-sea fish than they thought (and I made sushi jokes about them). Since these elusive fish turn out to make up 95 percent of the biomass in the ocean, they have a lot to do with why the ocean is so good at vacuuming up all our carbon. It goes (roughly) like this: Phytoplankton near the surface gobble up CO2 and are in turn gobbled by mid-level fish who swim up for their nightly buffet. These fish, once they head back to more familiar depths, are then gobbled by even deeper sea fish. It’s the circle of extremely creepy-looking life.

As with any cycle, there is a danger that even small changes can disrupt the whole system. In this case, overfishing scoops up lots of important mid- and deep-sea fish, either as bycatch or in the form of tasty endangered species like orange roughy or Chilean sea bass. A 2008 report on deep-sea fisheries from the International Council for the Exploration of the Sea found that the pressure of overfishing on these ecosystems was especially severe:

A large proportion of deep-water trawl catches (upwards of 50 percent) can consist of unpalatable species and numerous small species, including juveniles of the target species, which are usually discarded … The survival of these discards is unknown, but believed to be virtually zero due to fragility of these species and the effects of pressure changes during retrieval … Therefore such fisheries tend to deplete the whole fish community biomass.

So eating lots and lots of fish is good for the climate, but only if you’re a fangtooth cruising the mesopelagic for takeout. The rest of us now have one more reason to check Seafood Watch before digging into that sustainably caught, bycatch-free, preferably local and abundant filet-o’-fish.