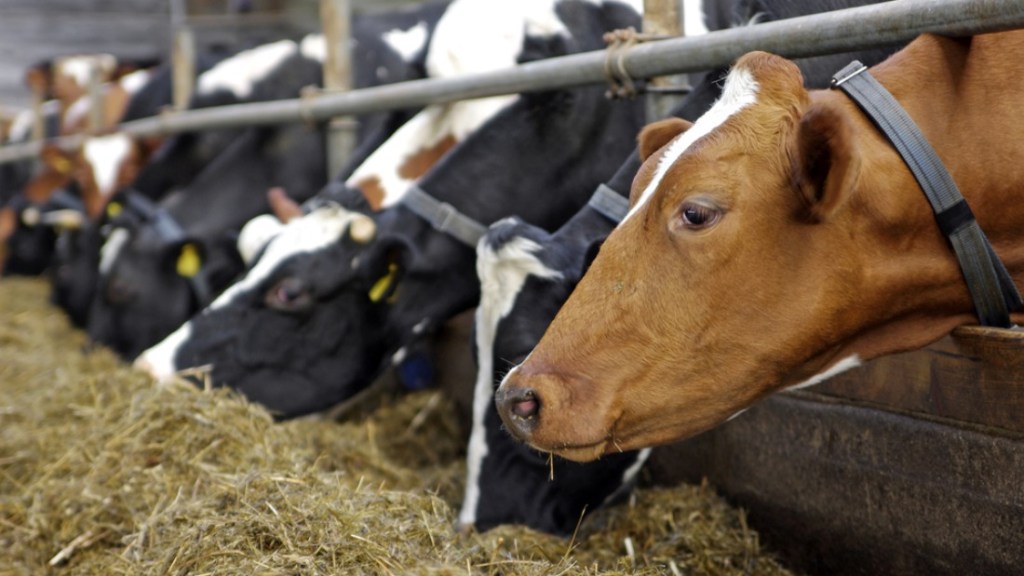 Shutterstock
The gas is almost greener

Telling cows to eat more slowly and avoid cola won’t do much to curb their incessant belching. But the Dutch company DSM has developed a more bovine-appropriate solution for the climate-wrecking problem of cattle gassiness.

Staff scientists and academic researchers funded by the company have developed a powder that can be mixed in with cattle feed, interfering with the microorganisms that produce methane. Newsweek reports:

“In trials we’ve managed to reduce methane emissions by up to 60 percent,” says Petra Simic, a biochemist who directs DSM’s cow-methane efforts. “We have solid proof of concept that our compound does what it’s supposed to do. What we’re working on now is figuring out the best way of mixing it into the cow’s feed.”

They are also testing the feed’s safety. Without a guarantee that it’s completely safe for their animals, virtually no farmer would agree to use the additive. Perhaps more important, the scientists are working to make sure the milk and beef will taste the same as the regular variety—if they don’t, it will never sell.

This is an important field of research. Livestock emit about a third of the greenhouse gases from the U.S. agricultural sector. Holding down levels of methane that bubble out of cattle orifices could help hold down global temperatures.