Living through a major hurricane is hard to forget. But for millions of Florida residents in the path of Hurricane Matthew this week, a storm this powerful is something they’ve gone more than a decade without seeing up close — or in many cases, have never experienced at all.

That terrifies state and federal officials who fear that “hurricane amnesia” will keep those residents in harm’s way.

“The biggest concern I have [is] people are not going to take it seriously,” Florida Gov. Rick Scott said yesterday as Matthew approached. (Ironically, the governor is a hard-core climate denier who has reportedly banned state employees from talking about the threat of global warming.) Scott and President Obama have both declared states of emergency in advance of a possible late Thursday landfall.

Some people just might not know any better. Eleven years after Hurricane Wilma struck the state with 125 mph winds, killing 87 and causing almost $25 million in damages, much of Florida seems to have forgotten the pain of a major hurricane, and for good reason: 2 million new residents have moved to the state, even as the last decade has been strangely, eerily devoid of big landfalling storms.

A study published last year in the journal Nature Climate Change found that warmer ocean temperatures might lead to fewer Atlantic hurricanes, which could explain the lull. Those that do form, however, are likely to be even stronger, research shows — and as long as we keep developing coastal areas, they’ll strike populations that aren’t nearly as prepared to deal with disaster as they need to be.

“You have a pretty big knowledge gap there,” state emergency management director Bryan Koon said at a recent conference. 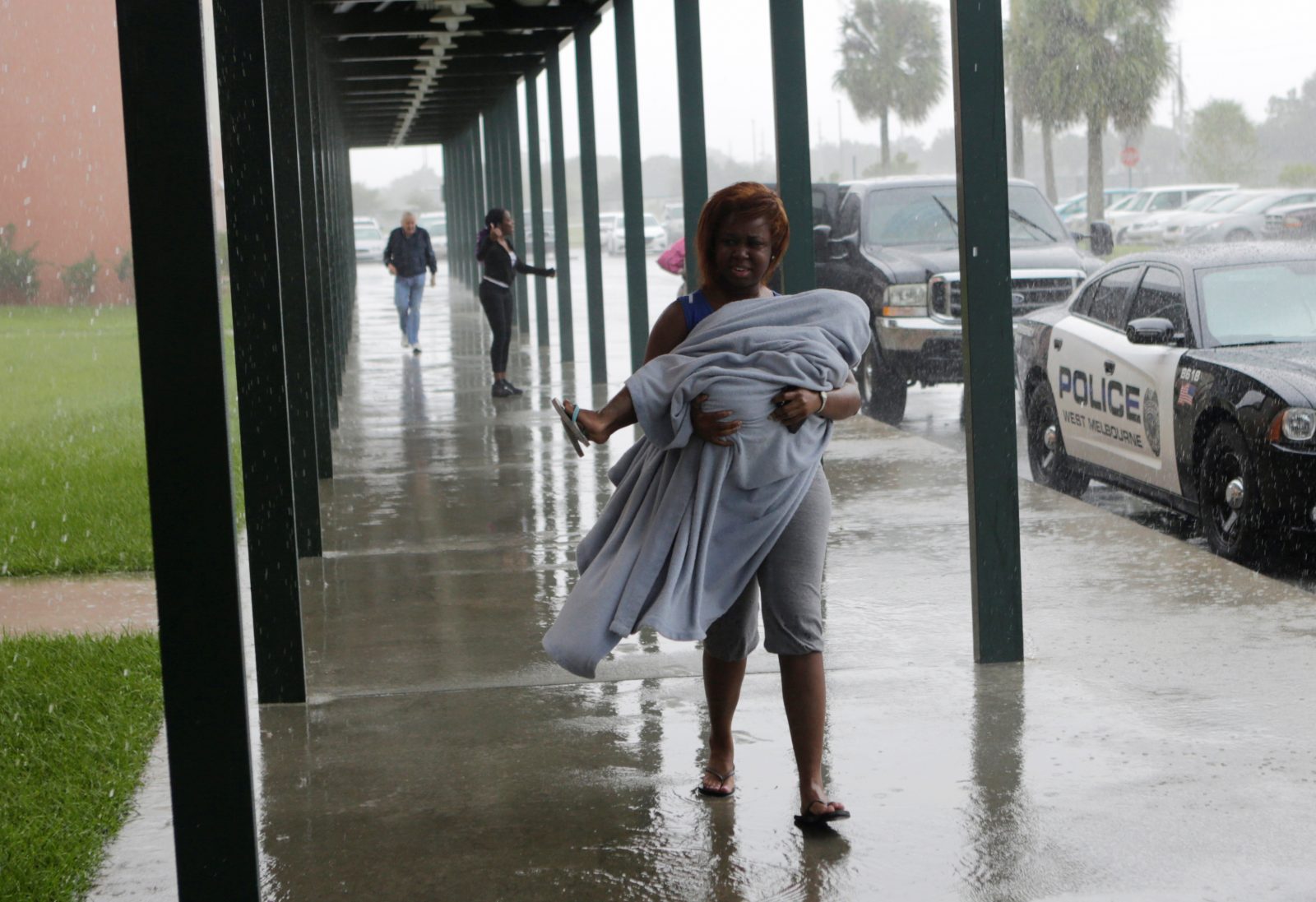 In the decade since Wilma, Florida has taken some steps to prepare for the inevitable, such as improved construction codes, underground utility lines, and streamlined evacuation routes. But communication, experts say, is essential to combating hurricane amnesia.

“Forecasting technology has grown by leaps and bounds,” Koons told the Gainesville Sun. “It is a matter of helping people hear that message and take the appropriate action. That is the real challenge.”

But also in the last decade, Florida has become more vulnerable to big storms: Half a million new homes have been built in the state’s coastal communities, and many don’t have flood insurance. Only about 1.8 million Florida properties are currently covered by the National Flood Insurance Program, a fraction of the estimated 6.7 million homes at risk.

And it’s getting worse, not better: The number of Florida homes covered for flooding has dropped 10 percent in the last two years — possibly due to significant increases in premiums as the National Flood Insurance Program attempts to dig itself out of $24 billion hole accrued after Hurricanes Katrina and Sandy. Exacerbating the problem is the fact that flood maps were redrawn in parts of Florida in 2014, and that tens of thousands of properties were removed from mandatory flood insurance zones.

Of course, neither insurance nor disaster relief will prevent damage, death, or heartache — they just makes rebuilding a little more possible. “Rather than putting the money back into buildings at risk,” says ecologist and author Carl Safina, the funds “should be put into managing the relocation of people and buildings to safer places. In a storm, everybody tries to get to a safer place. Why is it that after a storm they don’t stay in safe places? It doesn’t make sense.”

That’s part of the psychology of storms, which is the expertise of Kim Klockow, a behavioral and climate science researcher at the National Oceanic and Atmospheric Administration. She says that as climate change increases the risk of major disasters, communities will need to spend more time and effort on planning and preparation if they want to adapt.

“During Hurricane Katrina, you had all of these buses that were sitting there while thousands of people didn’t have access to transportation to evacuate,” Klockow says. Things like this just should not happen — but, of course, they do. 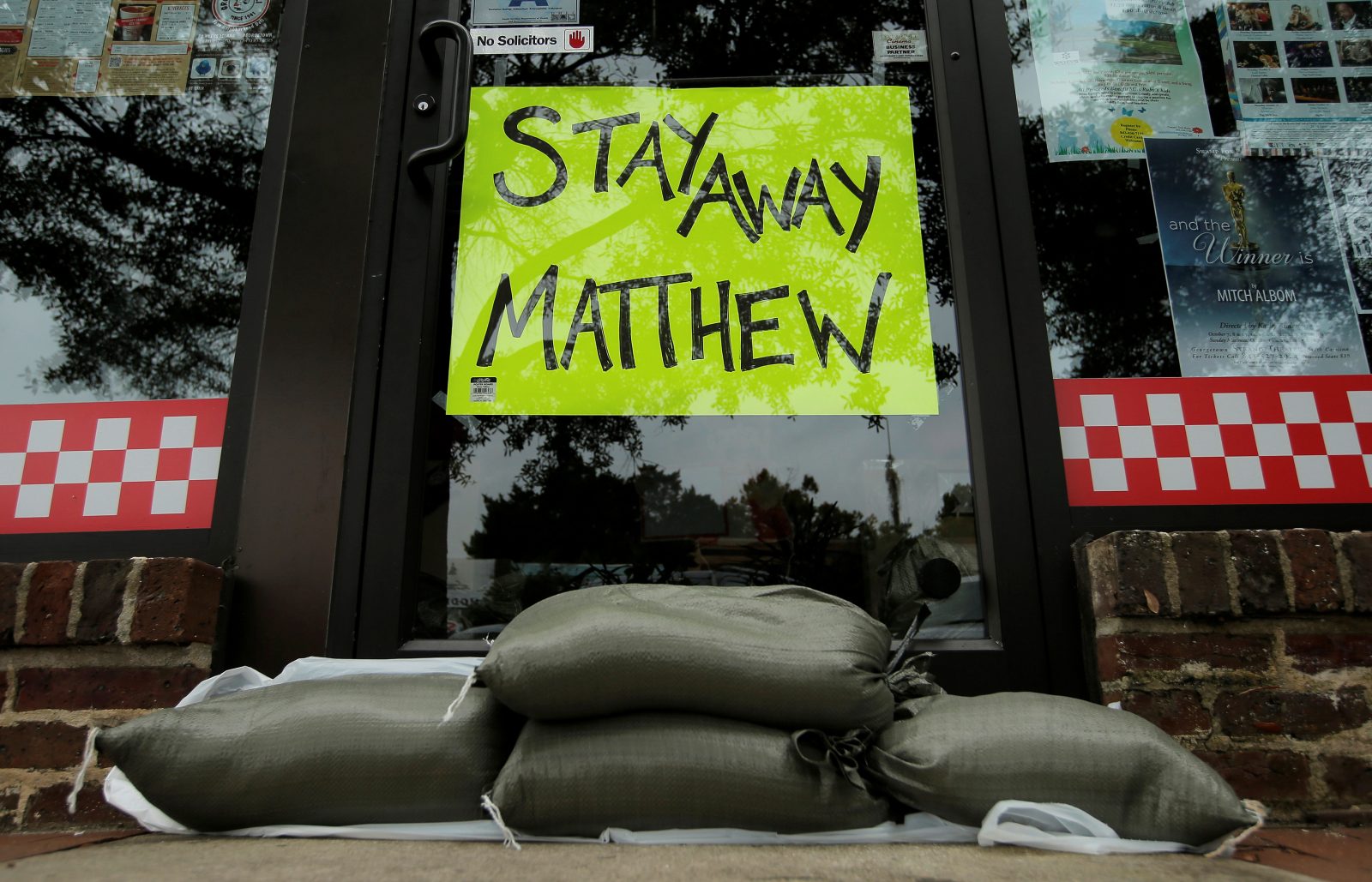 At heart, disaster preparedness is a problem of perception. Humans, in general, just don’t think bad things are going to happen to us. To other people? Sure, but not to us. It’s a principle called “optimism bias,” and you hear it in action when you turn on the news after a disaster and traumatized residents repeat a phrase we’ve heard many times before: “I never thought it could happen to me.”

But it can happen to you — especially if you make your home in Florida’s flood zones. So why do officials continue to allow this kind of development? Money has something do with it. Miami, a city literally washing away from sea-level rise, added a billion dollars of new construction at the beginning of 2016, and all that property brings in billions in taxes. In a state with no income tax, development pays for things like schools and infrastructure — even if it’s just going to wash away.

Of course, governments could stop this kind of risky development. In 2013, Alberta, Canada, announced a ban on new development in flood zones just a month after floods damaged thousands of homes across the province. People who didn’t rebuild received government assistance, and their land was converted to parks. But the United States is not Canada. Here, we incentivize building on coasts, even those most vulnerable to major storms.

“After a storm like Sandy or Katrina or possibly Matthew,” says Rob Young, director of the Program for the Study of Developed Shorelines at Western Carolina University, “the federal government rushes in, the president declares a disaster … Congress appropriates emergency funds, and we make everybody whole again.”

After Sandy struck the New York area, for instance, Congress approved a $60.4 billion aid package for states to rebuild. That money didn’t just go toward fixing broken power grids, bridges, and other infrastructure projects; it also went to rebuilding homes in resort communities, and even pumping sand back onto beaches that had washed away.

“Developers and property owners are not stupid,” Young says. “They put their houses back because we create the economic setting that is favorable for them to do so. That’s the amnesia.”

Young doesn’t think the federal government is going to start telling people where they can and can’t build — not anytime soon, anyway. But it could refuse aid to rebuild properties that are just going to wash away in the next big storm. Instead, government money would be better spent restoring coastal wetlands and relocating vulnerable populations outside of flood zones. Because the storms will keep coming — maybe less frequently, but almost surely stronger. We can’t afford not to prepare for them now.

Here’s how to keep your sweaters lasting longer