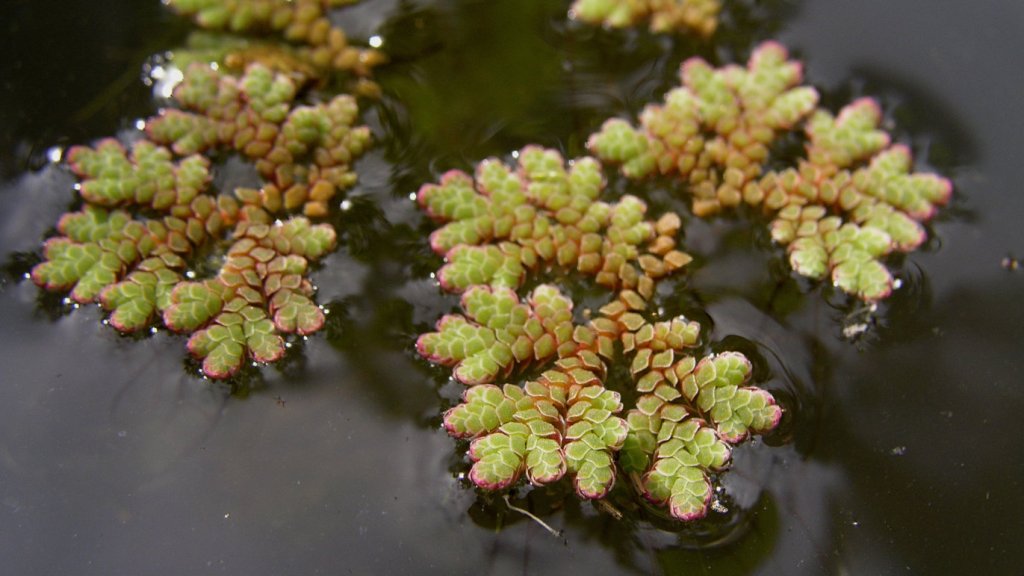 Azolla, otherwise known as duckweed, is a tiny aquatic fern with a secret superpower: It can turn nitrogen from the air into plant food.

Actually, azolla can’t do this on its own. It relies on symbiotic bacteria tenants who do the real work of ‘fixing’ the atmospheric nitrogen into a more plant-accessible form. As a result of this tasty talent, azolla can also double its biomass every few days, sequestering large amounts of carbon all the while.

So no wonder a group of researchers at Duke University want you to pitch in to help them sequence the fern’s genome, as well as the genomes of all the little microbes who give the plant its edge. Understanding the mechanics behind azolla’s magic power may help farmers move away from artificial fertilizers and the pollution associated with them — Asian rice farmers were planting the stuff alongside their crops 1,500 years ago.

There’s another reason lead researcher Kathleen Pryer thinks you should pony up for a plant: It might be global warming Kryptonite. About 49 million years ago, atmospheric carbon dropped by 80 percent, along with the Earth’s temperatures; the surface temperature in the Arctic went from a balmy 48 degrees F to a mere 8 degrees. Meanwhile, azolla was going gangbusters, sucking up carbon like Daniel Day-Lewis with a straw, then bring its stored hordes to the briny deep when it died.

Pryer thinks this is more than a coincidence. It’s possible that the little fern could have pulled up enough CO2 in a mere 800,000 years to essentially geoengineer the planet. And while we don’t really have 800,000 years to wait for flora to fix ALL our problems this time around, every little bit helps, right? Good. The funding page is open for just ONE MORE DAY.

A notch above a swimming pool’s worth of potato salad, yes?