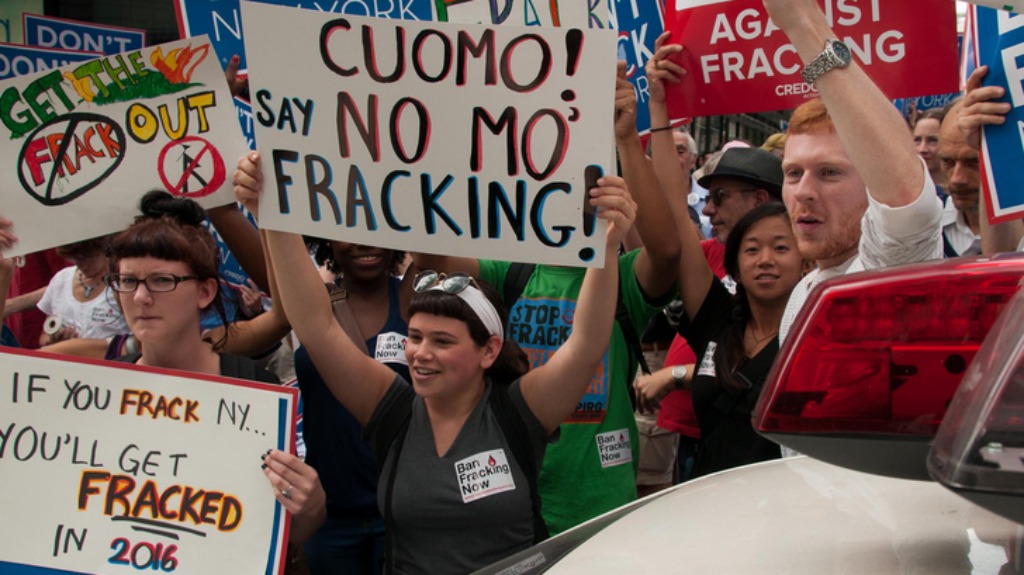 Good news, New Yorkers. Your state has staved off the creepy advances of environment-trashing frackers for at least another year.

While neighboring states have allowed oil and gas companies to frack freely in their Marcellus shale deposits, the Empire State declared a statewide moratorium in 2008, saying it needed time to study the impacts to water supplies and human health. The ban has attracted lawsuits from the energy industry, but fracking is so unpopular in New York that dozens of local governments have put their own bans in place, just in case the state’s is lifted.

That doesn’t seem likely, at least not before April of next year. Here’s Bloomberg with Wednesday’s news:

Asked if he’ll end the more than five-year wait for fracking rules, Martens said, “We have absolutely no plans to do so” in the next fiscal year, which begins April 1.

Needless to say, the news triggered a fresh burst of histrionics from the energy sector. “The human cost in New York, due to arbitrary delays on this matter, is real,” a New York State Petroleum Council official told Bloomberg.

Human cost? We’re not sure exactly what that means. But we’re hoping it doesn’t mean frustrated frackers have begun human sacrifices to avenge the uncertainty they face over whether they will be allowed to plunder the state’s environment.