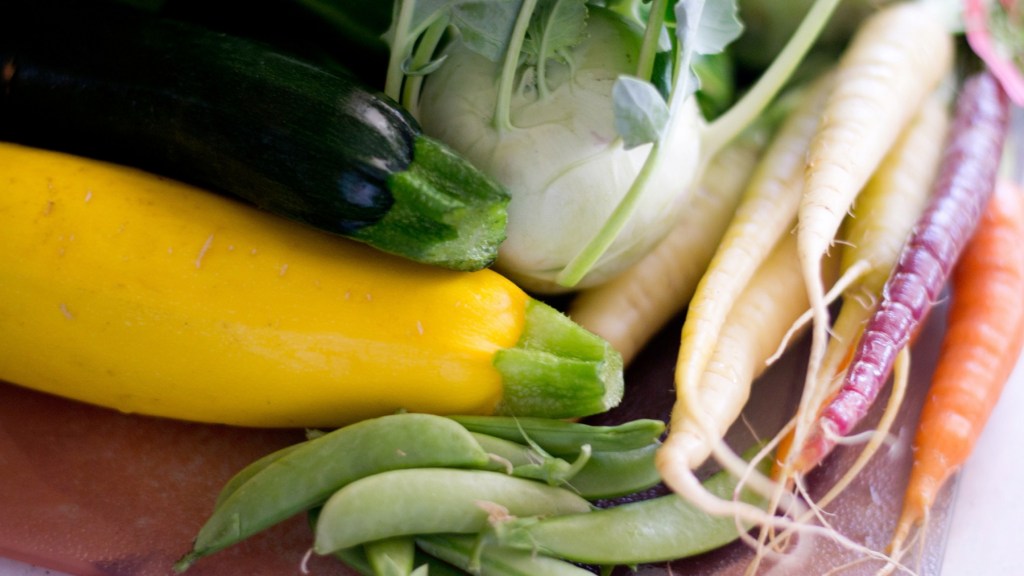 The Pennsylvania Constitution stipulates that its citizens have a right to “clean air, pure water, and to the preservation of the natural, scenic, historic, and esthetic values of the environment.”

Allow me to propose, herewith, an amendment: “… and a toxin-free CSA box, goddamn it.” (Would Benjamin Franklin approve of that wording? Who cares, he’s dead!)

In New Sewickley Township, about 30 miles north of the city of Pittsburgh, there’s a new microcosm of the ongoing tug-of-war between the oil and gas industry and people who just happen to like clean air and water (crazy! I know). Kretschmann Farm, which has supplied certified organic produce to the greater Pittsburgh area for 36 years, is engaged in battle with Cardinal Midstream, a Texas-based corporation proposing to build a natural gas compressor station right next door.

A bit of background, for those who are new here: Most of Pennsylvania sits on the Marcellus Shale, the country’s top source of natural gas. The state has 6,391 active fracking wells, and with salivating oil and gas companies aggressively courting legislators and landowners across the state, that number is rapidly growing. But this has all happened very quickly — 10 years ago, the use of “fracking” in conversation was more likely to be understood as a hedged expletive than anything else.

In Pennsylvania, one has to move pretty quickly to keep up with the developments surrounding natural gas infrastructure. But unfortunately, research on the health and environmental effects of fracking tends to move very slowly.

In that regard, Becky Kretschmann, who owns Kretschmann Farm with her husband, Don, tells me that her opposition to the proposed compressor plant has to do more with the possibility of how it could contaminate their crops.

“We just know there’s the possibility of all sorts of toxins,” she says. “It’s very difficult to get access to the sites to do research, and there is not a lot done yet — although it’s in the process — in terms of relating health issues with fracking and these compressor plants. But the research is really in its infancy. So, lots to do before we sleep.”

It’s not like these concerns are unwarranted. A few recent and alarming news items from the Keystone State regarding its natural gas industry: Hundreds of incidences of contaminated water, health workers prohibited from discussing fracking with patients, and faulty measurement of harmful emissions.

I reached out to Cardinal Midstream to ask about the precautions that would be taken to prevent contamination from the proposed compressor station, and received the following response from their spokesperson:

We are committed to being a good neighbor and it’s our job to make sure we minimize impact.  We’re serious about that job. As you know, emissions are heavily regulated by the Environmental Protection Agency. The station will meet and exceed all federal and state standards and the requirements of the township’s ordinance. This facility will not impact the quality of the produce and livestock grown in the community.

It’s worth noting that just this week, the Pennsylvania Auditor General issued a report detailing the DEP’s inability to adequately monitor and regulate fracking operations in the state. From the report:

In conclusion, as evidenced by this audit, DEP needs assistance. It is underfunded, understaffed, and does not have the infrastructure in place to meet the continuing demands placed upon the agency by expanded shale gas development.

Cardinal Midstream first started posting notices about a hearing regarding the proposed compressor station four months ago, Kretschmann tells me, but she didn’t find out about it until three weeks ago. “We got a call from a neighbor who said, ‘You know what’s going on?’ and we [didn’t],” she says. “That was on July 2. There was a meeting that night with the township board of supervisors and the gas company and the compression company. And they wanted a vote right away, yes or no.”

A second hearing, which took place last night, was attended by more than 300 people — so many, in fact, that the venue had to be changed at the last minute — and lasted approximately six hours. “I was astonished at how many people stayed until the bitter end,” says Kretschmann.

While the majority of the attendees were New Sewickley residents, a number of the Kretschmanns’ CSA customers came in from the city for it. Approximately 300 of their customers wrote letters of support to the township manager.

Kretschmann tells me that Cardinal Midstream made an hour-and-a-half long presentation on the safety of the proposed compressor station, and brought along a panel of their own experts. New Sewickley residents opposed to the station, however, were not as well-prepared.

“We were just frustrated — we did the best we could with the information we could garner ourselves, and had quite a few people presenting various [pieces of] information, but we didn’t have the experts that they had,” says Kretschmann. “And shame on us, in a sense, because we weren’t keeping up on what was going on in the township.”

The New Sewickley Township supervisors will meet again on July 31, and then render a decision within the following 45 days.

On one hand, you kind of have to admire the balls of a corporation fighting to potentially endanger the supply of Pittsburgh’s up-and-coming restaurant scene. One does not thoughtlessly fuck with a foodie’s seasonal vegetable ragout. But on the other hand, the oil and gas industry is pretty much the absolute worst, so — admiration rescinded.