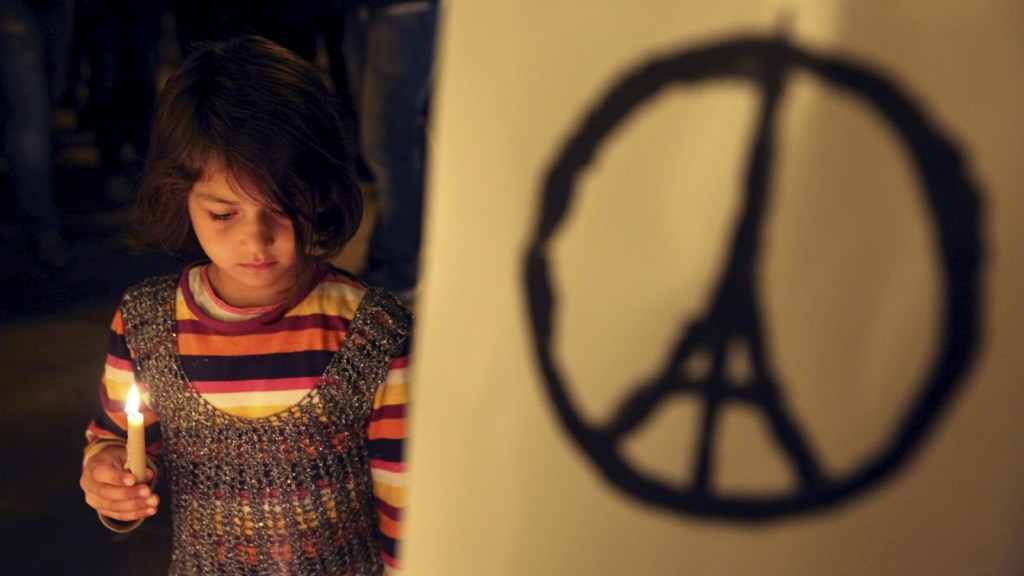 A girl holds a candle in memory of victims of the Paris attacks. Reuters / Yiannis Kourtoglou
The Paris climate talks

After nearly a week of speculation and urgent meetings between environmental groups and security officials, the French government has finally made its decision: The giant rally planned for the eve of the U.N. climate summit will be canceled due to “the heightened security situation,” according to a statement issued by 350.org, the U.S.-based environmental group.

Organizers had expected to attract around 200,000 protesters to the Paris march, which was slated to occur along with other rallies in cities around the world. The event was intended to urge leaders to sign an ambitious and binding agreement to limit global warming.

“This is a source of huge regret, but we must respect the decision. Huge numbers were expected in Paris, but those people will not be silenced,” said François Julliard, executive director of Greenpeace in France. “We will find new, imaginative ways to ensure our voices are heard in the U.N. conference center and beyond.”

In the wake of last Friday’s terrorist attacks which claimed the lives of 129 people in Paris, French authorities effectively locked down the city, shut down the country’s borders and allowed police to limit crowds in public spaces — a state of emergency that President Francois Hollande says should stay in place for three months. Overnight, the French capital remained in crisis mode as police tactical units swarmed an apartment building in the suburb of Saint-Denis, where suspected jihadists had holed up.

Environmental groups faced another setback in today’s announcement by the French government. So-called “mobilizations” scheduled for Dec. 12 near the end of the summit — street actions that included blockades and civil disobedience — have been explicitly forbidden by the authorities.

“The government can prohibit these demonstrations, but it can not stop the mobilization and it won’t prevent us strengthening the climate movement,” said 350.org’s Nicolas Haeringer, in an emailed statement. The situation remains in flux. Despite having no concrete plans, environmental groups are still urging people to make the trip to Paris. “Organizers are also encouraging activists to still plan on coming to Paris for the final days of the conference to make sure people, not the polluters or politicians, have the final word,” said Haeringer.