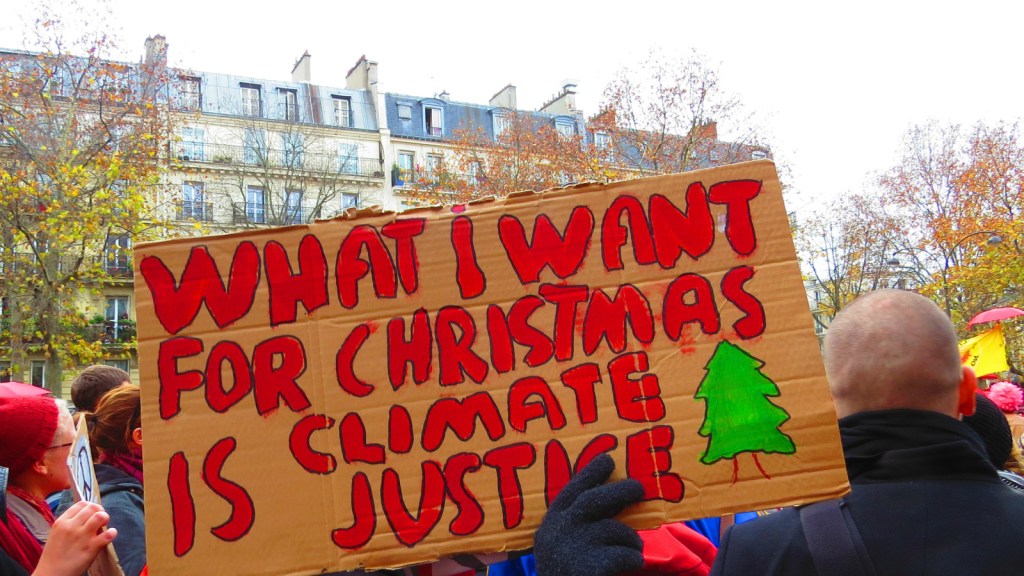 Last week, a radio host considering whether to have me on to discuss the recent Paris climate agreement asked me, “What is your basic take on COP21? Failure or success?” It’s a partial success, I said, the full extent of which won’t be known for years. Perhaps that unsatisfying answer is why she decided not to have me on.

I didn’t even give her the complete answer, which is that it also depends on what you were looking for the agreement to achieve. I took it as a given that she was asking, as Americans always are, whether it succeeded or failed in making progress to substantially slow climate change.

But, especially to people in the developing world, the negotiations in Paris weren’t just about limiting greenhouse gas emissions and the warming they cause. They were also about something that was largely ignored in the ultimate deal: climate justice. While the Paris Agreement is a partial or potential success on limiting warming, it represents only marginal progress on climate justice. The reason is simple: The rich countries largely got their way in Paris.

Article continues below
More in this series
Surprise! The Paris climate agreement is in your house
Coal boss fears industry will be “hated and vilified” after Paris Agreement
Republicans still hope to throw a wrench in the Paris climate deal

Let’s break it down.

What is climate justice?

Like environmental justice in general, climate justice means prioritizing the least fortunate and most vulnerable rather than the richest and most powerful. Climate justice, like all forms of economic and social justice, is redistributive: It would stop the carbon budget from being gobbled up by the richest countries and move some of their fossil fuel–derived wealth into helping the poorer, more vulnerable people who suffer the most in a climate-changed world.

How would we put climate justice into practice?

• Rich countries would make dramatically larger emission cuts than they’ve promised thus far. It has become conventional wisdom that all nations, not just developed nations, must contribute to the effort to stop climate change. That’s right. At this point, we’ve already polluted so much that there just isn’t room left for developing countries to go through a decades-long process of fossil fuel–driven growth before they get clean. We’ve already warmed 1 degree Celsius, and have another 0.5 C baked in thanks to what we’ve already emitted. That means we need to bend the emissions curve down sharply right away to stay below 2 C and avert total catastrophe.

But though everyone needs to contribute, countries’ contributions have to reflect their cumulative emissions and their per capita emissions.

The U.S., Europe, Japan, Canada, Australia, and Russia have been spewing significant amounts of carbon pollution for a century or more. Carbon dioxide lingers in the atmosphere for centuries, so those historical emissions are driving much of the climate change we’re seeing today. As of 2011, the U.S. was responsible for 27 percent of the world’s cumulative greenhouse gas emissions — the largest share of any country — and the European Union collectively accounted for 25 percent. India, in comparison, was responsible for just 3 percent. In short: Rich countries made most of the mess and they should be responsible for cleaning most of it up.

And the wealthy countries are still polluting far more per person than almost all developing countries. The average American is responsible for 17 metric tons of CO2 emissions each year — 10 times as much as the average Indian, who pumps out just 1.7 tons. If India’s emissions per capita held steady between now and 2030, and the U.S. fulfilled its commitment to cut emissions 26 to 28 percent from 2005 levels by 2030, the U.S. would still emit about nine times as much per capita as India.

The moral imperative then is for the U.S. and other wealthy countries to cut far more than they have pledged to. That would be the No. 1 way to fight climate change and to simultaneously advance toward climate justice.

• Rich countries would steer huge amounts of money to poor ones. Financial assistance is needed to help developing countries build renewable energy capacity, adapt so they can better cope with coming climate shifts, and be compensated for loss and damage from climate-related disasters.

As developing nations and anti-poverty activists are increasingly describing it, loss-and-damage funding would be compensation for developed countries having dumped climate pollution on the world, just like the damages a government, corporation, or individual is assessed in court after harming someone’s property. But rich countries are having none of that. They rejected all proposed language for the Paris Agreement that even hinted at liability or compensation for climate change–related damage. There is a section addressing loss and damage, but it specifically says that this doesn’t imply any liability.

In terms of funding for developing clean energy sources and adapting to climate change, a few countries — the U.S., Canada, China, Japan, much of northern and Western Europe — came up with pledges of a few billion dollars each. The U.S. doubled its contribution to dedicated adaptation funding between now and 2020 from $400 million to $800 million. Other rich countries that are more selfish and stubborn about both emissions and finance, such as Russia and Saudi Arabia, offered little or nothing. In total, developed countries still aren’t close to raising $100 billion per year in climate finance for poorer nations, the official goal that’s to be met annually starting in 2020, even though they are allowed to count private finance towards that.

Many developing nations made it clear they would do more to rein in their emissions if they got more financing to help them, but it wasn’t forthcoming.

• Indigenous rights, women’s rights, and human rights would get high priority. Activists called for such rights to be incorporated into the operational text of the Paris Agreement, but instead they merely got mentioned in the preamble. That’s the difference between being having actual power and being offered a symbolic nod. If indigenous rights, for example, were protected in the substance of the agreement, then indigenous communities might have more power to block fossil fuel development on or near their land.

The agreement reflects who was at the table negotiating it. Women and other marginalized groups were underrepresented among delegates at the talks. Indigenous communities are often disempowered within the nations negotiating the agreement. And poor countries have neither the economic nor military power to force rich countries to treat them fairly. Their only leverage in Paris was the threat of refusing to sign on to the ultimate agreement, which under U.N. rules had to be adopted unanimously. They were able to use that threat to get a little bit of what they wanted — that modest increase in adaption funding from the U.S., mention of “loss and damage” in the text — but not much. Since poor countries suffer most from climate change, they had the most to lose if no deal at all were reached in Paris.

Rich countries are being shortsighted by not making climate justice a bigger priority. Aside from being the moral thing to do, it would be in their own interest. If wealthy nations make big emissions cuts themselves and provide money to help poorer countries curb emissions, they will reduce their own suffering and economic losses from catastrophic climate change, and they’ll limit the number of climate refugees and regional conflicts in the developing world, which always wind up on Europe’s and America’s shores.

“Ultimately it is enlightened self-interest for rich countries to pay for the climate adaptation of poor countries,” said Oxfam International Executive Director Winnie Byanyima in an interview with Grist. “People today in the most vulnerable countries, island states in the Pacific, Bangladesh, and other low-lying areas are so threatened that we are going to see huge populations of refugees: people fleeing places where they can no longer farm, being hit with hurricanes and floods. This kind of migration will be completely unstoppable. For the sake of stability, peace, and prosperity of everyone, it will be important that everyone contribute.”

The good news for climate justice is that everyone agreed in Paris for the first time that they all must contribute. The bad news is that none of the richest countries has yet come even close to contributing enough.

The head of Europe’s coal lobbying association says his industry may be viewed in the same way that slave traders once were. 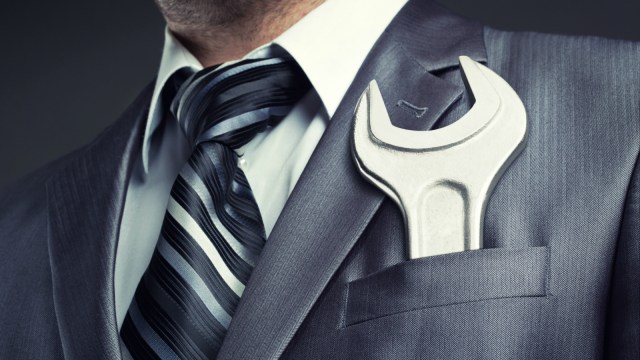 Electing a GOP president might do the trick.
See all articles in this series