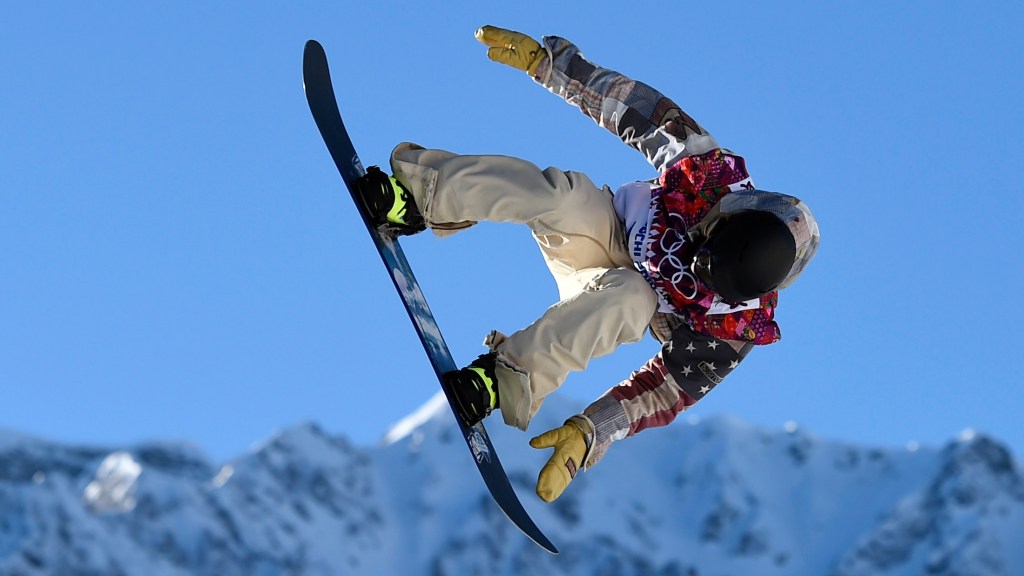 By now, I hope you’ve seen the video of American snowboarder Sage Kotsenburg’s massive final jump in the Olympic slopestyle event — the Holy Crail, as he calls it: a 1620 (that’s four and a half revolutions) Japan air that won him the first U.S. gold of the Sochi games. (We’d post the video here, but NBC and the International Olympic Committee would sue us into oblivion. So if you haven’t seen it, you’ll have to click here, and subject yourself to 10 minutes of sappy advertising. It’s almost worth it.)

Utah is gunning for another winter in the Olympic spotlight, in fact: In December, state officials announced their bid to host the 2026 games. But the Beehive State had better act quickly. If climate models are correct, winter won’t be coming here for long. Among the Rocky Mountain ski hotspots, it turns out that Park City is among the hottest — and I don’t mean that in a good way.

A few years ago, the Aspen Ski Co. in Colorado hired University of Colorado snow scientist Mark Williams and a fellow researcher, Brian Lazar at Stratus Consulting, to do a study of what climate change would mean for Aspen. Williams and Lazar ran a collection of climate models with three different scenarios — one where humans dramatically cut back CO2 emissions into the atmosphere, a second where we basically continued the status quo, and a third where emissions levels increased over the present rate. Under the high emissions scenario, by 2100, only the top quarter of Aspen Mountain would see consistent snowpack in an average year.

Grim, but nothing that can’t be overcome with a good gondola or two. When Williams and Lazar repeated the exercise for Park City Mountain Resort in 2009, however, the results were downright bleak. In Aspen, the duo had provided predictions for 2030, 2050, and 2100. But when they ran the models in Park City they found that by 2100, the snow line in an average winter had risen beyond the top of the ski area. Translation: If we continue to crank up the heat, there will be no skiing at all in Park City by the end of the century; on an average year, there will be no snow.

Since Williams and Lazar ran those models, humanity’s carbon output has exceeded even their high-emissions scenario.

Park City, which is home to three major ski resorts, will suffer before the other Rocky Mountain resorts largely because of its relatively low elevation. (Park City Mountain Resort’s base lodge sits at 6,900 feet; the resort tops out at 10,000 feet. Aspen Mountain, for comparison, has a base elevation of almost 8,000 feet, and a high point above 11,000.) The Great Melt will hit maritime ski resorts in the Cascades and Sierra even sooner. And a study released last year found that only four of New England’s 14 major ski resorts will still be profitable by 2100 — if they even survive that long.

The outlook is ugly for winter sports worldwide. A recent study out of the University of Waterloo in Canada found that, of the 19 cities that have hosted the Olympic Winter Games in the past, only nine will still be suitable by mid-century under a high-emissions scenario. By the 2080s, that number will drop to just six.

As Powder magazine features editor Porter Fox pointed out in a piece in the New York Times last weekend, there’s more at stake here than shredders’ time in the White Room. In the American West and elsewhere in the world, mountain snowpack serves as a critical reservoir for drinking water, building and storing in the winter months, then releasing it in the spring and summer.

The Utah mountains that provide U.S. Olympians with their training grounds also supply water for the 2.2 million residents of a string of cities along the Wasatch Front. Salt Lake City water managers estimate that for every degree Fahrenheit that the temperature increases, the annual flow from the city’s high country watersheds will decrease 3.8 percent. Their high-emissions scenario would see the water supply drop by almost 23 percent by 2064.

If there’s good news here, it’s that Salt Lake City has some wiggle room: Residents dump fully 40 percent of that precious mountain water on their lawns.

As for the nation’s Olympic aspirations, well, we can always do like they do in Dubai, and put the skiing indoors. Maybe Sage Kotsenburg has a future as a Tough Mudder champ (bonus: you don’t just run around with a torch in your hand — you actually get to jump through the flames!).

In the meantime, we’re advised to enjoy the Winter Games while we can. They might not be around for long.