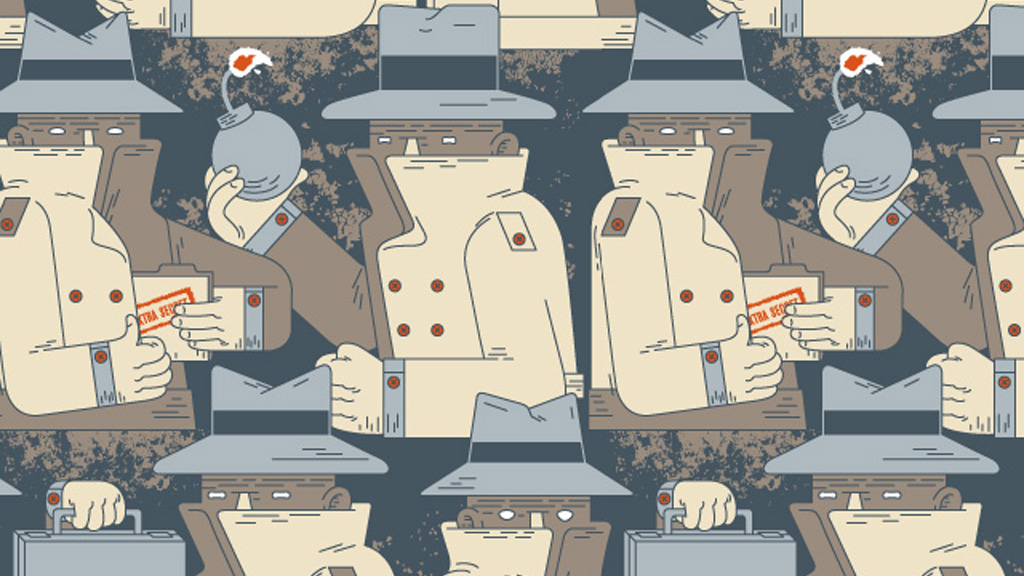 We now know that the U.S. government can obtain virtually any email, video and voice chat, videos, photos, Skype messages, file transfers, and social networking details it wants. We know that it can monitor the location, duration, and telephone numbers involved in any phone call on an ongoing, daily basis.  We know that it monitored the foreign officials who traveled to the G20 summit in 2009. We know that it has deliberately weakened the encryption software meant to protect financial transactions. We know that it has tapped into the fiber-optic cables connecting international servers so that it can copy, basically, any information that moves through them.

What does this mean for environmental activists, who, like the rest of us, increasingly organize their lives over the internet? “I remember in the past we used to tell each other to wipe our phone’s contacts before protests,”  says Joshua Kahn Russell, who has been organizing protests with the Ruckus Society for the last 7 years, and also works as Global Trainings Manager for 350.org. “I can’t imagine activists doing that now, since the government and private companies have infinitely more access to our personal information that we freely provide through Facebook and other social networking sites.”

The ’90s and early ’00s were, arguably, the peak of government paranoia about the environmental movement. In 2005, John Lewis, the top FBI official in charge of domestic terrorism, declared that radical environmentalists were the No. 1 domestic terrorist threat. State, local, and federal officials dedicated a tremendous amount of time and effort to tracking down the disbanded members of The Family, an offshoot of the Earth Liberation Front that set fire to a car dealership, a ski resort, a horse slaughterhouse, and other sites in the Pacific Northwest. The FBI also spent three years monitoring Greenpeace [PDF] and put several members on the terrorism watch list, in an investigation that the Justice Department’s inspector general later ruled was improper.

If electronic surveillance is being used on environmental activists, there is not much sign of it yet. “We use everything from two-way radios to cellphones to internet to chat to Facebook to organize,” says Ramsey Sprague, a Texan who has worked with the Tar Sands Blockade. “We follow Basic Security Culture, which is just about being aware of what you are talking about, and who you are talking about it with.”

The most visible manifestation of surveillance in the environmental movement has been a rash of undercover agents. At times they have engaged in activities that blurred the lines between police work and entrapment; but for the most part, they’re a consistent enough presence that every experienced environmental group has a policy for dealing with them.

“It goes against the core values of inclusion to look at someone and say ‘That looks like a cop,’” says Sprague. “Although young officers do look very … sculpted. So you have them do outreach. Send them out to go talk to people who are really being affected by what oil companies are doing in their community.”

Both Occupy Wall Street and Occupy Sandy were visited by undercover informants, as were groups like the Great Plains Tar Sands Resistance. That organization figured out it was being monitored this March, after its plan to block the gates to TransCanada’s oil reserves in Cushing, Okla., was derailed by the sudden appearance of police officers, who began to pull over cars full of demonstrators before they even reached Cushing.

A public records request revealed that the leak came from two undercover officers who had been attending training sessions for the protests and writing up reports, describing in particular detail [PDF] the efforts that protesters were using to avoid conflicts with law enforcement, as well as the fashion choices and political beliefs of different subgroups.

Group 4 consisted of a smaller group of Anarchists that appeared to have no real tie to eco-activism or any other interest group or movement. The only interest appeared to be doing away with government, capitalism, and corporations. This small group consisted of late teens and early twenty year-old white males. Many wore upside down American flags on jackets and backpacks.

The high level of monitoring that environmental groups faced in the ’90s and early ’00s has in many ways prepared them well for the new age of no privacy. When an environmental protest occurs that involves some level of surprise, like Tim DeChristopher’s bid on drilling rights in Utah, it is usually carried out by a very small group of trusted confidantes. Even DeChristopher wasn’t entirely sure what action he was planning until the moment it happened.

And lack of secrecy can be a strategic tool in its own right. The Tar Sands Blockade has tried to document as much of its activities as possible. Much of the blockade took place on constantly shifting territory, well out of cellphone range, and so getting anyone capable of documenting it to the site became as critical as planning the action itself. “We found that when we had cameras on the police,” said Sprague, “we had fewer instances of police brutality. It’s part of our campaign strategy.”

Overall, says Sprague, whatever peril the internet has brought, it has also brought good. In particular, it has connected different aspects of the environmental movement to one another, making its full scope more visible.

“We’re in a different era. It’s no longer possible to see environmentalists as just hippies. When the front lines of environmental battles are being fought by ranchers, hunters, indigenous people — it’s always been this way. But now we can see it.”

Sprague credits technology with helping the movement see itself better. “I mean — the computer industry is very much to blame for a lot of environmental degradation, too. But right now? We’re coming into a golden age.”