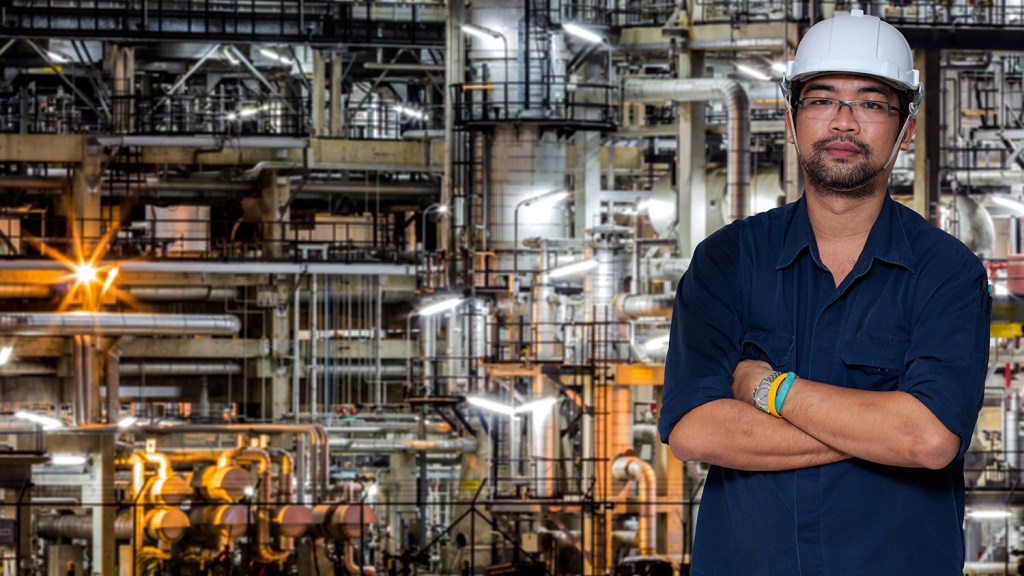 U.S. oil workers have launched a strike that has the potential to spread as the United Steelworkers union works to negotiate a new contract with the industry. Some environmental groups are signalling their support for the strikers, describing them as “highly skilled professionals that do their best to prevent the worst” while employed in an industry that is “high-risk … from cradle-to-grave.”

The strike, which USW called on Sunday, is the largest in 35 years. Workers at nine refineries and chemical plants — which process about 10 percent of U.S. gasoline — have walked off the job, shutting down one California refinery entirely. Union leadership is hoping for a new contract with companies that would cover workers at 63 plants. The union represents about 30,000 oil workers across the country; if all of those workers were to strike, it could, according to Bloomberg, disrupt 64 percent of U.S. oil processing.

USW Vice President Gary Beevers explained the reasons for the strike in a statement: “This work stoppage is about onerous overtime; unsafe staffing levels; dangerous conditions the industry continues to ignore; the daily occurrences of fires, emissions, leaks, and explosions that threaten local communities without the industry doing much about it; the industry’s refusal to make opportunities for workers in the trade crafts; the flagrant contracting out that impacts health and safety on the job; and the erosion of our workplace, where qualified and experienced union workers are replaced by contractors when they leave or retire.” The union has so far rejected five offers from Shell, which is leading the talks on behalf of other companies, including big ones like ExxonMobil and Chevron, since negotiations began on Jan. 21.

The anti-fossil fuel advocacy group Oil Change International weighed in yesterday. “On behalf of more than 100,000 supporters, the Board and Staff of Oil Change International stand in solidarity with these striking refinery workers, and the important issues they have raised,” wrote David Turnbull, the organization’s campaigns director. “So often as we fight Big Oil it can be hard to remember that the impacts of the industry and the fight for safer communities extend both inside and outside the fence lines.”

Environmentalist Bill McKibben, cofounder of 350.org (and a board member at Grist), also tweeted his support:

Workers who deal with the arrogance of Big Oil every day have gone on strike for safer conditions. In solidarity http://t.co/D5YtpXJXNS

This round of negotiations comes as the oil industry seeks to cut costs as oil prices fall and domestic drilling becomes less and less economical. Prices at the pump could increase as a result of the strike — they already have a little bit for unrelated reasons. But America’s got so much cheap oil floating around that consumers probably won’t notice anything anytime soon.

Shell has been telling reporters it wants to resume negotiations “as early as possible.” The union met with the company yesterday, but said that no progress was made. The last big oil worker strike, in 1980, lasted three months.