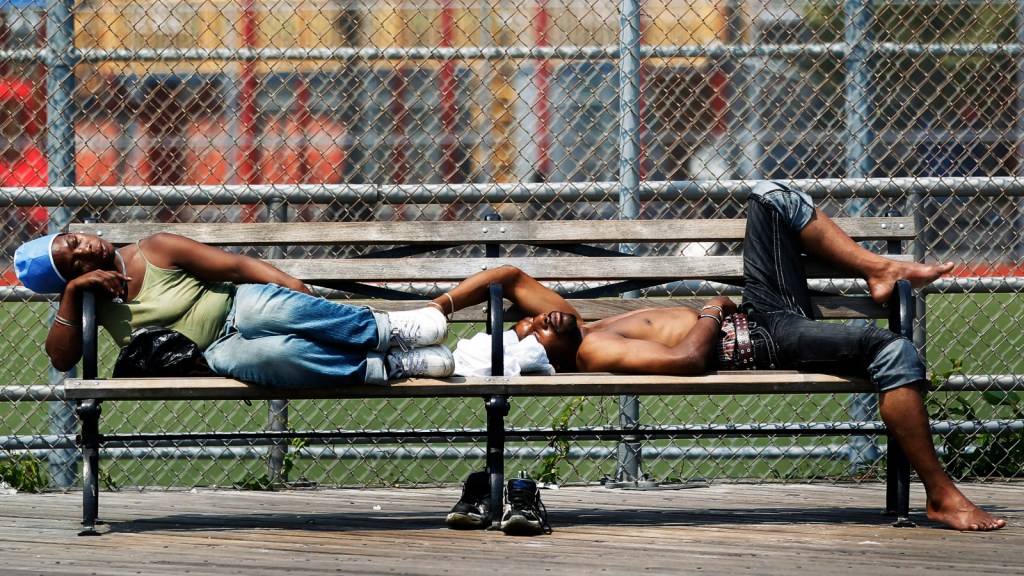 REUTERS/Shannon Stapleton
The city that overheats

Annual heat-related deaths in New York City could soar by more than 500 percent by the 2080s, according to a new study.

Published in the journal Environmental Health Perspectives, it finds a wide range of potential outcomes depending on how much warming we endure, how New York’s demographics shift (elderly people are more likely to die from heat), and whether the city proactively adapts to the more severe heat waves that are certain to come. Deaths could be reduced by more cooling centers, more widespread air-conditioning, and construction of buildings better suited to climate shifts.

An average of 638 people died annually from heat-related causes in New York City between 2000 and 2006. If the city gets serious about adaptation and temperatures rise as little as possible, annual deaths could be reduced to an estimated 167 by later this century. If the city fails to adapt, a worst-case scenario could see deaths increase to 3,331 per year.

In coastal cities, most climate change concerns have focused on rising sea levels and more severe storms, but New York also suffers from hot, humid summers. (This is one reason New Yorkers so often decamp for California, where they can substitute complaining about weather extremes with complaining about the lack of seasons). Heat waves particularly endanger the homeless and low-income people. The time to start adapting is now.