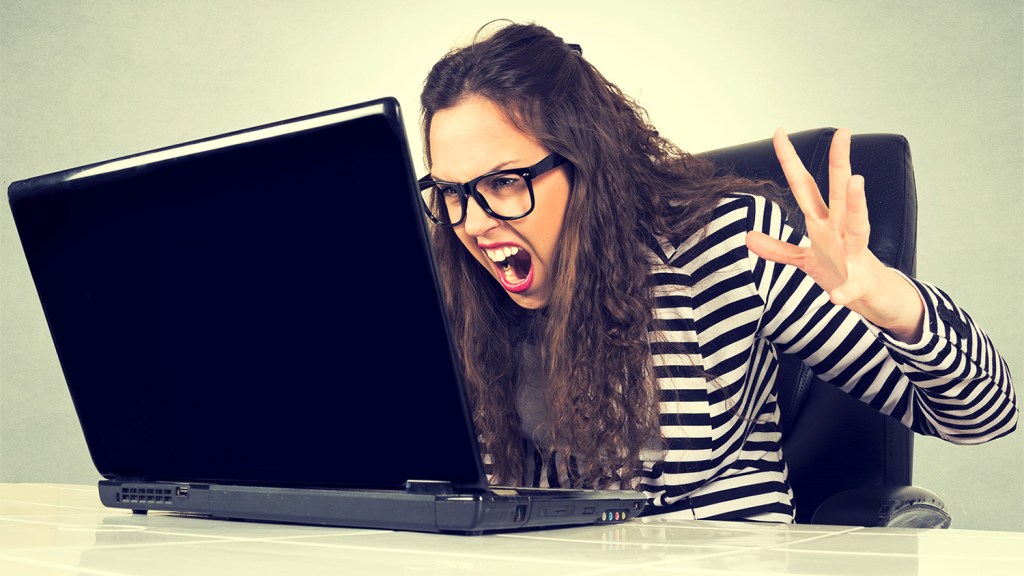 2014 had its fair share of landmark scientific accomplishments: dramatic cuts to the cost of sequencing a genome; sweeping investigations of climate change impacts in the U.S.; advances in private-sector space travel, and plenty more. But there was also no shortage of high-profile figures eager to publicly and shamelessly denounce well-established science — sometimes with serious consequences for public policy. So without further ado, the most egregious science denial of 2014:

Basically everything said by Donald Trump

You can always count on The Donald to pull no punches. He got started early this year, when he pointed to freezing temperatures in parts of the country as evidence that “this very expensive GLOBAL WARMING bullshit has got to stop” and then told Fox News that the global warming “hoax” was merely the result of scientists “having a lot of fun.”

In September, Trump went on a Twitter screed linking vaccines to autism. A month earlier, he fanned the flames of unscientific Ebola panic when he objected to efforts to bring American health care workers infected with the virus back the the U.S. for treatment. “The U.S. cannot allow EBOLA infected people back,” he tweeted. “People that go to far away places to help out are great-but must suffer the consequences!” Healthcare experts, meanwhile, insisted that the risk was minimal; the two patients Trump was talking about were ultimately brought back to the U.S. and successfully treated without infecting anyone else. Let’s just stick to real estate and beauty pageants, Donald, shall we?

Trump wasn’t the only one to catch a heavy dose of science denial fever in the midst of the Ebola crisis. The plague of denial started in West Africa, as efforts to stem the outbreak were stymied by persistent rumors that Ebola was a myth propagated by the World Health Organization and Western powers. When Ebola hopped the Atlantic and landed in the United States, a host of (mostly Republican) lawmakers clamored for travel bans and visa restrictions — even though America’s leading public health officials repeatedly explained that those steps would be ineffective. In October, New Jersey Gov. Chris Christie (R) forced Kaci Hickox, a nurse who had been treating Ebola patients in Sierra Leone, to stay in an isolation tent in a Newark hospital for two-and-a-half days, despite the fact that she had no symptoms of the disease and therefore posed no threat to others. When Hickox finally escaped New Jersey, she was quarantined again in her home state of Maine. Doctors Without Borders, an NGO on the front lines of the Ebola crisis, issued a statement at the time declaring that the “forced quarantine of asymptomatic health workers … is not grounded on scientific evidence and could undermine efforts to curb the epidemic at its source.”

Republican Congressman Lamar Smith of Texas took his opposition to basic science straight to the source: The grant-writing archives of the National Science Foundation. In an unprecedented violation of the historic firewall between the lawmakers who set the NSF’s budget and the top scientists who decide where to direct it, Smith’s researchers pulled the files on at least 47 grants that they believed were not in the “public interest.” Some of the biggest-ticket projects they took issue with related to climate change research; the committee apparently intended to single out these projects as examples of the NSF frittering money away on research that won’t come back to benefit taxpayers. The investigation is ongoing, and the precedent it sets — that scientific research projects are only worthwhile if they directly benefit the American economy — is unsettling.

The Texas Board of Education has long been a hotbed for science denial, as conservative activists and a handful of textbook reviewers have sought to influence textbook-writing standards in an effort to muddle the basic science around issues such as evolution and climate change. What happens within the pages of Texas textbooks matters because the publishing market there is among the nation’s largest; what gets printed in Texas is likely to wind up in classrooms nationwide. Early this year advocates for better textbook oversight won a victory when the board announced it would give teachers’ input priority in determining curricula. But by September, the battle was back on, with a raft of revisions that contained obvious biases against mainstream climate science — one McGraw-Hill textbook inaccurately claimed that scientists “do not agree on what is causing the change,” and a Pearson text similarly alluded to scientific disagreement. Bowing to public pressure, in November Pearson altered its text to more accurately reflect the scientific consensus on climate change, but the McGraw-Hill text still portrays climate science as an open debate. Meanwhile, a parallel battle played out in Oklahoma over new standards to improve climate science education.

Veteran science educator Bill Nye’s live-streamed takedown of outspoken creationist Ken Ham was perhaps the year’s most amazing barrage of scientific badassery. Nye piled on the evidence for why the Earth can’t possibly be just a few thousand years old (as Ham believes) and why the fossil record does, in fact, prove the theory of evolution. That spectacle was followed by another killer takedown, as White House science adviser John Holdren explained elementary school-level concepts related to climate change to members of the House Science Committee:

Science denial on Capitol Hill is set to get even crazier next year. When Democrats (and environmentalists) got a sound whooping in the midterm elections, a new caucus of climate change-denying senators swept in. Almost every new Republican senator has taken a position against mainstream climate science, ranging from hardline denial to cautious skepticism. Mitch McConnell (R-Ky.), the incoming majority leader, has vowed to make forcing through an approval of the Keystone XL pipeline his top agenda item in the new year; he also wants to block the Obama administration’s efforts to reign in carbon pollution from coal plants. And the incoming chair of the Senate Environment and Public Works Committee is none other than James Inhofe (R-Okla.), who actually believes that global warming is a hoax orchestrated by Barbra Streisand. You can’t make this stuff up.

“I’m not a scientist”

2014 saw the proliferation of a particularly insidious talking point for those politicians who have realized that denying climate science is untenable but are unable to publicly accept the scientific consensus: “I’m not a scientist.” Possible 2016 presidential contender Jeb Bush used that line back in 2009, and in 2014 it reached new heights: McConnell, Speaker of the House John Boehner (R-Ohio), and Florida Gov. Rick Scott (R) are among the guilty parties. It’s a cop-out that is at best exhausting, and at worst dangerous.

Anti-vaxxers are still a thing

The first five months of 2014 saw the more measles cases than comparable time periods in any year since 1994; the CDC reported that 90 percent of those cases were among people who hadn’t been vaccinated. In May, a Tennessee hospital reported a disturbing spike in cases of infants with a rare bleeding condition that could have been prevented with a routine vitamin injection; doctors there blamed anti-vaccination fears for parents avoiding the injection. Yes, it’s not just Jenny McCarthy — a surprising number of people across the country continue to be preoccupied with the totally debunked fear that vaccines will lead to autism or other maladies.

The year’s biggest court battle over reproductive rights, in which the craft store Hobby Lobby objected to the Obamacare requirement that it provide contraceptive coverage for its employees, was premised on terrible science. The company’s owners, who have a religious objection to abortion, claimed that intrauterine devices and the “morning-after” pills Ella and Plan B cause abortions. But scientists say that these methods of contraception work by preventing pregnancy; they don’t result in abortion. If it’s not surprising that Hobby Lobby’s owners would come out against the science, it is a surprise that conservative justices on the Supreme Court would back them up, despite ample testimony from leading gynecologists. As Molly Redden reports, battles over science denial in reproductive rights are only going to heat up in 2015.