In West Virginia, even prison can't keep a notorious coal baron out of politics 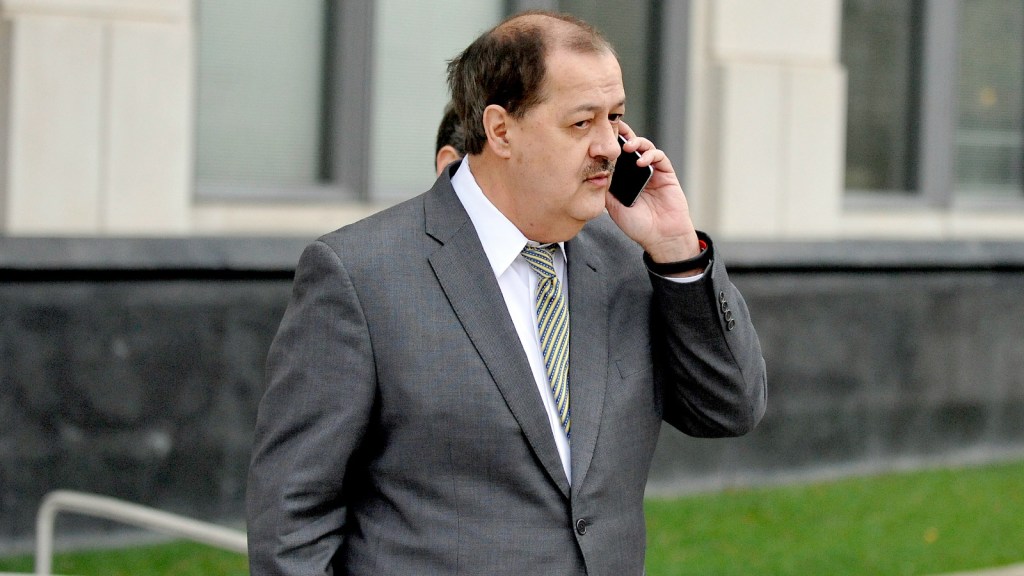 In West Virginia, even prison can’t keep a notorious coal baron out of politics

As CEO of Massey Energy, central Appalachia’s largest coal producer, Don Blankenship towered over West Virginia politics for more than a decade by spending millions to bolster Republican candidates and causes. That chapter came to an end in April, when Blankenship was sentenced to a year in prison for conspiring to commit mine safety violations in the period leading up to the deadly 2010 explosion at Massey’s Upper Big Branch mine. But even in absentia, he casts a long shadow over state politics. For evidence, look no further than the contentious Democratic primary for governor.

The campaign pits Jim Justice, a billionaire coal operator and high school basketball coach, against two opponents — state Senate Minority Leader Jeff Kessler, and Booth Goodwin, the former U.S. attorney who prosecuted Blankenship. Justice holds a double-digit lead in the polls and (not unlike another billionaire running for office this year) is spending much of his time arguing that his 10-figure net worth will insulate him from special interests. But when he was asked about the Blankenship conviction at a campaign stop earlier this month, he ripped into Goodwin for what he considered to be a sloppy, opportunistic prosecution.

“I think we spent an ungodly amount of money within our state to probably keep Booth Goodwin in the limelight and end up with a misdemeanor charge,” Justice told WOAY TV. “If that’s all we are going to end up with, why did we spend that much money to do that?”

Blankenship originally faced up to 30 years for making false statements to federal regulators, but he was convicted on only the least serious of three counts — the misdemeanor conspiracy charge. In Goodwin’s view (and in the minds of plenty of Blankenship’s critics), his light sentence is the product of weak mine safety laws, not lax prosecution. As he told the Charleston Gazette-Mail, “It is not our fault that violating laws designed to protect workers is punished less harshly than violations of laws designed to protect Wall Street.” (Nor was the Blankenship case a one-time gimmick — prior to that trial, Goodwin also secured the convictions of a handful of Blankenship’s subordinates at Massey.)

Goodwin fired back at Justice in a fundraising email to supporters. He referred to Blankenship as Justice’s “good friend,” alleging that Justice “took him as his personal guest to the 2012 Kentucky Derby two years after the horrific Upper Big Branch mine explosion,” and that he attended a gala that night with Blankenship, hosted by then-Kentucky Gov. Steve Beshear, “while the families of the UBB miners who were killed were still suffering their loss.” (A Beshear spokesperson told the Louisville Courier-Journal at the time that Blankenship attended Derby Day events as Justice’s guest, which Justice’s campaign denies.) For good measure, he noted that Justice, like Blankenship, had racked up a huge tab of mine safety violation fines, some $2 million of which had gone unpaid and were considered “delinquent” prior to the start of the campaign. (Justice began paying off the fines after an NPR investigation made the total bill public.)

On Monday, Goodwin’s campaign went after Justice again, releasing an ad based on the front-runner’s remarks about the Blankenship prosecution. In the spot, Judy Jones Petersen, the sister of a miner who died at UBB, speaks straight to the camera and suggests that the two coal operators have more in common than Justice would like to admit.

“I don’t really understand why Mr. Justice would step out against the integrity of this incredible prosecution team,” Petersen says. “He of all people as a coal mining operator should understand the plight of coal miners, but I think that unfortunately the plight that he understands best is the plight of Don Blankenship.”

She goes on to call Goodwin a “hero” for prosecuting Blankenship.

Justice, for his part, is running his own ad — touting an endorsement from the United Mine Workers praising him for his record on safety and job creation. The union’s president, Cecil Roberts, previously called the UBB disaster “industrial homicide,” and fought Blankenship over mine safety and workers’ rights for three decades. His message is a not-too-subtle contrast with Blankenship and Massey: “Jim is one of the good coal operators.”

Don’t expect Blankenship’s shadow to shrink as the race heats up. The Democratic primary is set for May 10 — two days before the notorious coal boss reports to federal prison.