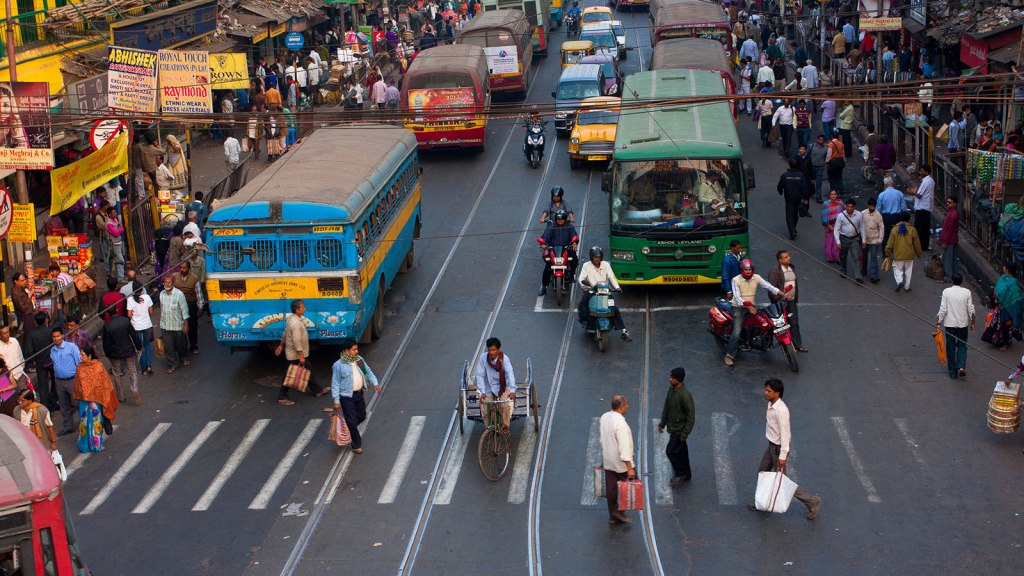 India is poised to unveil a new climate plan as soon as January, an Indian business publication is reporting. That’s yet another bit of good news that makes a 2015 global climate agreement look just a little more likely.

Up until now, India, the third-largest annual emitter of greenhouse gases, has been resistant to calls for limiting emissions. But when the U.S. and China, the two largest climate polluters, announced an agreement to curb their emissions last month, the world’s eyes turned toward the third country in line.

India’s announcement could come this January, when President Obama visits the country at the invitation of Prime Minister Narendra Modi. The plan “is likely to include an ‘aspirational’ peaking year for India’s greenhouse gas emissions,” writes the Indian Business Standard, which attributes the scoop to three anonymous sources in Modi’s government. The report continues:

The process to make fresh and enhanced commitments to the international community was in the works for the past few months, with the government commissioning studies to assess and project India’s greenhouse gas emissions. The results of these studies are due in December. A joint US-China announcement has incentivised India to make an early announcement in this regard.

Though the announcements by the US and China weren’t seen as ambitious by the Indian government, these were appreciated for their political significance. …

A source in the government said, “The consultations have begun for it. We should be able to narrow down on the nature of targets we should aspire to. It is likely to include an indicative year by which India’s emissions could peak, as well as a fresh target for lowering the economy’s carbon intensity.”

India’s timeline (that is, its timeline for announcing its pollution-cutting timeline) fits with what U.N. climate negotiators are hoping for. Countries are supposed to announce their emission-reduction goals — their “intended nationally determined contributions,” referred to as INDCs or NDCs — by March 2015. Then, if all goes according to plan, in December of next year world leaders will commit, at a big U.N. climate summit in Paris, to hold one another to their INDCs. The criteria that negotiators will use to evaluate whether each country’s INDC is appropriate — i.e., whether each country is actually pulling its weight — is one of many items on the agenda at this week’s climate conference in Lima, Peru.

Of course, this initial Business Standard report won’t quite have climate hawks doing gleeful backflips. There are still big questions, like, when will this “‘aspirational’ peaking year” be? How high will emissions be allowed to rise before they peak? And how probable is it that India will even achieve its aspirations? Many are worried that the countries that have yet to make commitments will allow their emissions to peak too late or too high. Greenpeace noted in a recent working paper on its hopes for Lima that “Countries should neither be allowed to come up with too many different timelines for their commitments, nor should the targets be locked in for 2030, as there is a real risk of the targets being too low, in which case low ambition would be locked in for 15 crucial years.” But there’s a possibility that India will do both.

Still, India has historically been granted more leeway than other countries because of its deep poverty and its comparatively low per-capita emissions. Around 300 million of its more than 1.2 billion people don’t have electricity, and giving them access to it could lead India’s emissions to balloon for decades to come. Recognizing this possibility, the U.N. came up with an unrealistic but not impossible model for how the world could avoid catastrophic climate change while India’s emissions continue to grow substantially as it hooks its poor up to power.

But it’s not a foregone conclusion that India’s development has to come hand-in-hand with greater emissions, nor is it a given that the Indian people will want it to. The country is particularly vulnerable to the effects of climate change, and its major cities already deal on a regular basis with air pollution levels that put Beijing to shame; the capital is considering a plan to close schools on days when pollution poses a high risk to human health. (Indians checking the day’s Google Weather forecast for New Delhi will often find that it’s “Smoke.”) India’s plans to double coal production in the next five years won’t help. But its plans to rapidly expand solar energy, which Modi’s delegation intends to tout in Lima, will.

So even though a lot is still up in the air (ahem) with regard to India’s future, the Business Standard report is another positive development in what’s starting to resemble a trend: The biggest greenhouse gas emitters are stepping up and demonstrating that they’re doing something to tackle this looming threat, even if not yet enough. This year has seen China, the U.S., and the European Union (the latter of which, if taken as a single entity, pollutes more than India) announce new goals and timelines. Now India may follow suit. Who’s next?