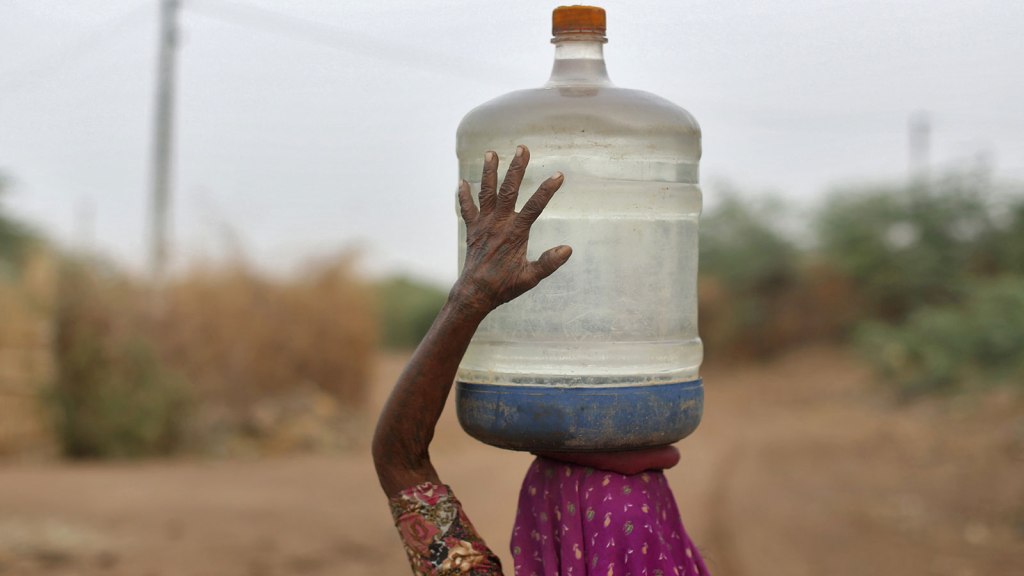 India is suffering. In the midst of the worst drought it has seen in half a century, some 330 million people are currently affected, reports the government. The scarcity is so severe that schools, farms, and even hospitals cannot function — doctors don’t have enough water to wash their hands — and many people are leaving their homes in search of water.

To combat shortages, the government has started shipping water across the country via trains, but it’s not enough. In one of the most devastated states, 9 million farmers have little or no water for irrigation and at least 216 have committed suicide, reports the Guardian.

“The government says it is bringing water by train every day, but we are getting water once a week,” Haribhau Kamble, an unemployed laborer in the drought-struck district of Latur, told Reuters after waiting in line for three hours to fill up two pitchers. The situation for people like Kamble is expected to get worse as the summer temperatures rise and reservoirs dry up.

The current drought and other extreme weather events — including flooding that killed hundreds in South India last year — are linked to climate change. And while 190 countries met in Paris last year to come up with a plan to target climate change and its increasingly tragic effects, many critics argue that the accord failed to adequately address the needs of the developing nations like India, where over 20 percent of the population lives below the poverty line — that is, on less than $1.90 a day.

“What we needed out of Paris was a deal that put the poorest people first.” Harjeet Singh, global lead on climate change for ActionAid, told the Guardian last year. “What we have been presented with doesn’t go far enough to improve the fragile existence of millions around the world.”