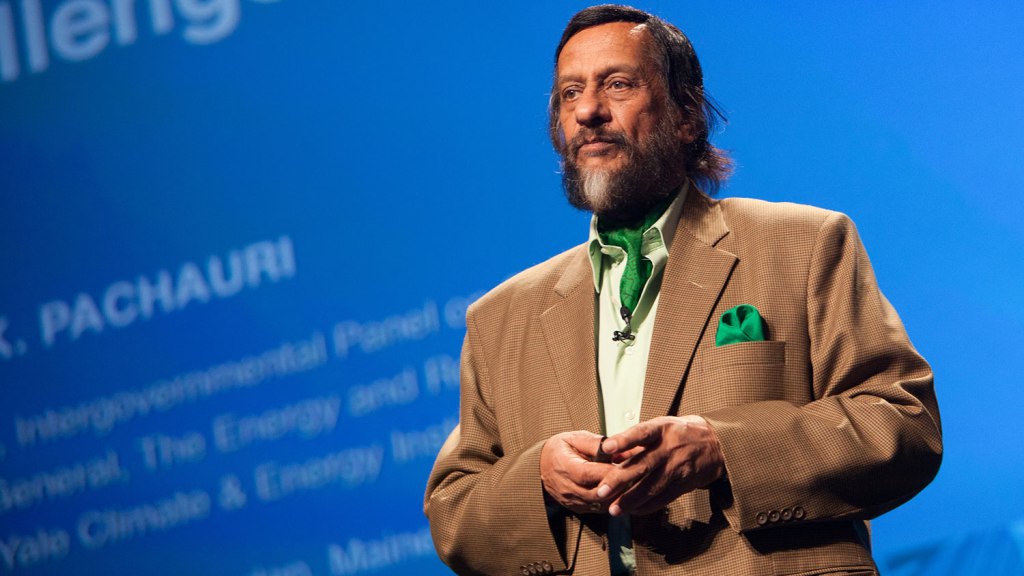 Rajendra Pachauri, chair of the Intergovernmental Panel on Climate Change, stepped down today amid sexual harassment allegations, after more than a decade leading the organization. During that time, the IPCC put out two massive reports summing up the science on climate change and won a Nobel Peace Prize. Pachauri had been planning on retiring later this year.

The harassment allegations come from a researcher at the Indian research organization Pachauri heads. From The AP:

Pachauri is being investigated in India after a 29-year-old woman accused him of sexually harassing her while they worked together at the New Delhi lobbying and research organization he heads, The Energy [and] Resources Institute.

A police report said the woman gave police dozens of text messages and emails that she alleged had been sent by Pachauri. A Delhi court on Monday ordered Pachauri to co-operate in the investigation.

Pachauri denies the allegations and has said he is “committed to provide all assistance and co-operation to the authorities.”

Police said they would question a second woman who also accused Pachauri of sexual harassment but had not filed a police report.

The allegations have caused outrage in India, a country where women are increasingly speaking out against widespread misogyny. The outrage only intensified when, over the weekend, India’s Mail Today published examples of Pachauri’s alleged exchanges with the woman. Pachauri claims that his computer and WhatsApp accounts were hacked and he didn’t send the messages.

Some in India are also calling for Pachauri to step down from The Energy and Resources Institute (TERI), where he is currently on leave. “To safeguard the interest of global climate science Pachauri should step down immediately from the Chairmanship of IPCC and TERI,” Iqbal S. Hasnain, a former professor of environmental studies, told The Hindu.

The 74-year-old Pachauri has been the subject of criticism before: He faced calls to step down in 2010 after an error was found in the IPCC’s Fourth Assessment report. That same year, he put out a steamy romance novel that also raised a few eyebrows.

Of course, those who are ideologically opposed to taking action on climate change will use this scandal to attack the work the IPCC does and the science it puts out. (They already are.)

“There will no doubt be some climate change ‘sceptics’ who seek to use Dr Pachauri’s resignation as an opportunity to attack the IPCC,” Bob Ward, policy director at the Grantham Research Institute on Climate Change at the London School of Economics, told The Guardian. But the IPCC’s most recent report, he said, “is the most comprehensive and authoritative assessment of the causes and potential consequences of climate change that we have ever had, and that remains true with or without Dr Pachauri as chair.”