Is necessity the mother of climate protest? 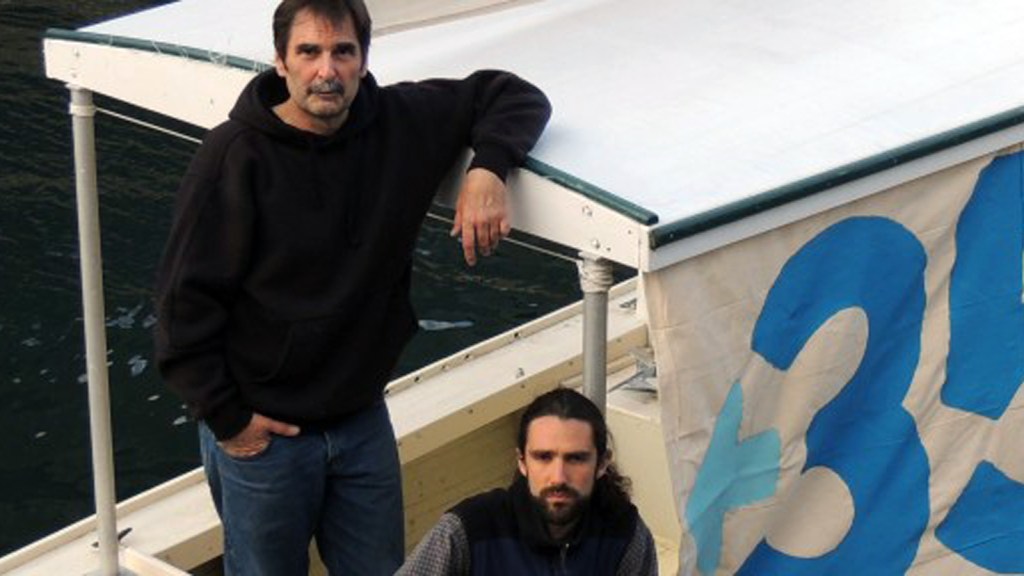 Is necessity the mother of climate protest?

Last May, two environmentalists, Ken Ward and Jay O’Hara, piloted a lobster boat into the path of a barge on its way to deliver 40,000 tons of coal to the Brayton Point power plant in Somerset, Mass., and dropped anchor.

They alerted the media and the relevant authorities, then unfurled a sign that read #coalisstupid and hung it off the side of the boat.

An hour later, the coal barge radioed the boat and asked them to please get out of the way. Ward and O’Hara explained that they were engaging in civil disobedience. “But this is American coal!” the captain of the coal ship exclaimed. The two explained that they actually had a problem with coal, period.

What they didn’t say then, but have been preparing to say in court ever since, was this: “Sorry, but we had no choice.”

How could that be? Read on.

Shortly after the exchange with the captain, Ward and O’Hara were boarded by the Coast Guard. The next day, the barge went ahead and delivered the coal. That September, a few months later, the power plant announced that it would close down in 2017, on the grounds that the economy was a tough one to be burning coal in these days.

The two protesters would have gone to trial Monday and might have faced two years in jail. Instead, they arrived in court to find that the Bristol district attorney was interested in making a deal: He would drop charges against both of them (conspiracy to commit a crime and disorderly conduct), and they would agreed to pay $2000 each for the expense of arresting them.

In a statement, the D.A., C. Samuel Sutter, described the decision this way:

The decision that Assistant District Attorney Robert Kidd and I reached today was a decision that certainly took into consideration the cost to the taxpayers in Somerset, but was also made with our concerns for their children, and the children of Bristol County and beyond in mind.

Climate change is one of the gravest crisis our planet has ever faced. In my humble opinion, the political leadership on this issue has been sorely lacking.

“I certainly will be in New York in two weeks, how’s that?” Sutter added, in reference to the upcoming People’s Climate March.

The deal is one that all parties seem to be delighted with. It means the protesters don’t have to face trial and possible punishment. But it also means that we won’t see whether a legal principle known as the necessity defense would pass legal muster as a tool for climate-change related civil disobedience, as
some were hoping. No James Hansen on the stand, talking about the causes and effects of climate change. No opportunity to set a legal precedent that could be applied to the cases of future barge-blockers.

For decades, the necessity defense has been a holy grail for those engaged in civil disobedience. A necessity defense argues that, sure, you might have broken the law — but you did it in order to prevent a larger crime from happening. It’s been used successfully in medical marijuana cases,  by needle exchange groups, and during the lunch counter sit-ins of the civil rights movement.

Like the holy grail, though, it’s hard to come by. Of those activist groups who have tried to use it, more have failed than have succeeded. In most cases — like the trial of Tim DeChristopher or the MI-CATS — judges have blocked use of the defense before it ever gets to a jury. Even when it is allowed, the jury is told that the the defense requires a very specific set of conditions:

1) That you were “faced with a choice of evils and chose the lesser evil.”

2) That you acted to prevent imminent harm.

3) That you reasonably anticipated a direct causal relationship between your conduct and the harm you were trying to avert.

4) That you had no legal alternatives to violating the law.

It’s perplexing that Tim DeChristopher didn’t get to use the necessity defense in his trial, since what he did — posing as a bidder at an oil and gas auction of public lands that was later cancelled — came closer to meeting these standards than most acts of civil disobedience.

The closest anyone has come to using a necessity defense successfully in a climate change case was in the UK, where a jury found that the necessity defense was reason enough to not convict six Greenpeace activists who climbed the smokestack of the Kingsnorth coal plant. James Hansen was an expert witness in their case, as was an Inuit leader from Greenland.

Nearly every American environmentalist I’ve interviewed who has been arrested for civil disobedience mentions that they plan to use the necessity defense. Just because it’s hard to get doesn’t stop protesters from trying it. For one thing, if they had wanted to focus on easy things, they probably wouldn’t be trying to stop climate change in the first place. This particular case may be over before it even began, but we can expect to see a lot more like it.