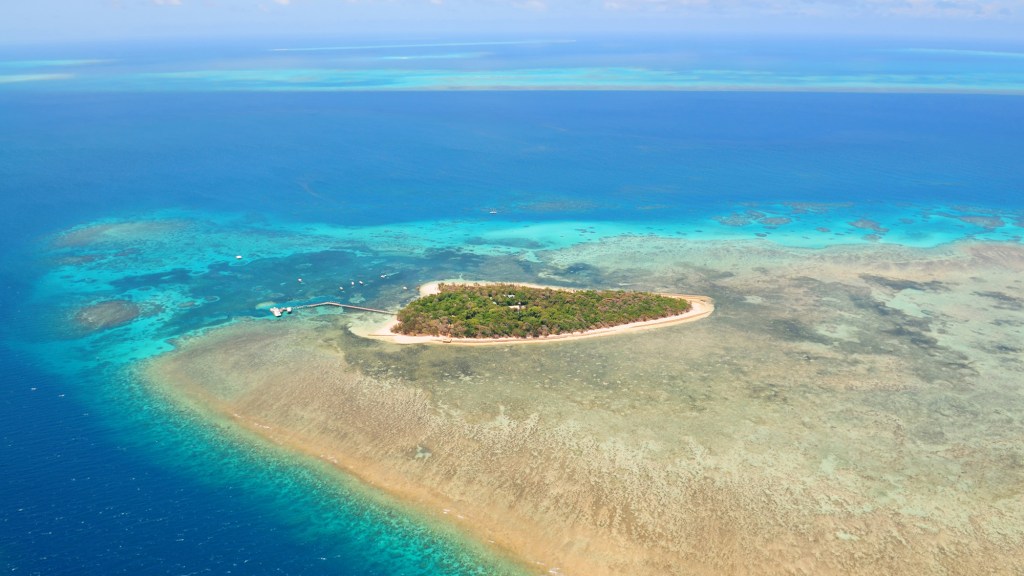 Here’s a conundrum for you: Would it be better to protect Australia’s Great Barrier Reef, which is visible from space, attracts more than a million visitors every year, and is home to thousands of species of fish, sharks, and other marine animals? Or would it be better to build one of the world’s largest coal ports near the reef, dredge the area around the port, dump millions of tons of dredged mud and sand into the Great Barrier Reef Marine Park, and then create a coal-shipping superhighway through the reef so thousands of ships each year can ferry coal from Australia to Asia?

The answer is clearly the latter, according to Australia’s conservative government and the coal industry. The government, now under the control of climate-denying Prime Minister Tony Abbott, has just given the coal industry the go-ahead for its proposed project, despite warnings from environmentalists that the coal port and shipping plans threaten the very future of the reef. From The Guardian:

Unfortunately, soon a massively destructive coal port will be built just 50 km north of the magnificent Whitsunday Islands. The port expansion was approved by the Abbott Liberal National government on Wednesday 11 December, and it will become one of the world’s largest coal ports.

The coal export facility is ironically located on Abbot Point. The construction of this port will involve dredging 3 million cubic metres of seabed. The dredge spoil will be dumped into the Great Barrier Reef World Heritage Area.

To give you an idea of the scale of this dredging, if all of the spoil was put into dump trucks, there would be 150,000 of them lined up bumper to bumper from Brisbane to Melbourne.

This expansion is further proof that the Abbott government is hell-bent on turning Australia into a reckless charco-state that solely represents the interests of fossil fuel and coal companies.

Greenpeace estimates the number of coal ships passing through the reef will increase from a current level of about 1,700 a year to 10,150 by 2020, significantly increasing the possibility of accidents.

Environmental groups want the main authority overseeing the Great Barrier Reef Marine Park Authority to abide by its charter and block the Federal government’s approval of the Abbot Point expansion. A decision is expected next week.

With the coal industry contributing more than $20 billion a year to the government’s coffers and local businesses set to benefit from the new development, environmental groups are in for a tough fight.

This time, however, they have the support of the Queensland’s tourism operators. “There’s so much evidence that sedimentation is impacting the Great Barrier Reef … This is the tipping point,” says Bowen reef tour operator Al Grundy.

He fears the port expansion will threaten a nesting ground for green turtles and a humpback whale gathering area in the waters between Abbot Point and the Whitsunday Islands.

Of course, threatening the reef is nothing new for the coal industry. As The Christian Science Monitor points out, carbon dioxide emissions from fossil-fuel burning are warming the ocean waters and turning them more acidic, long posing a threat to the colorful reef ecosystem.