Oslo’s bright pink manhole covers remind its citizens what, exactly, can be flushed down a toilet 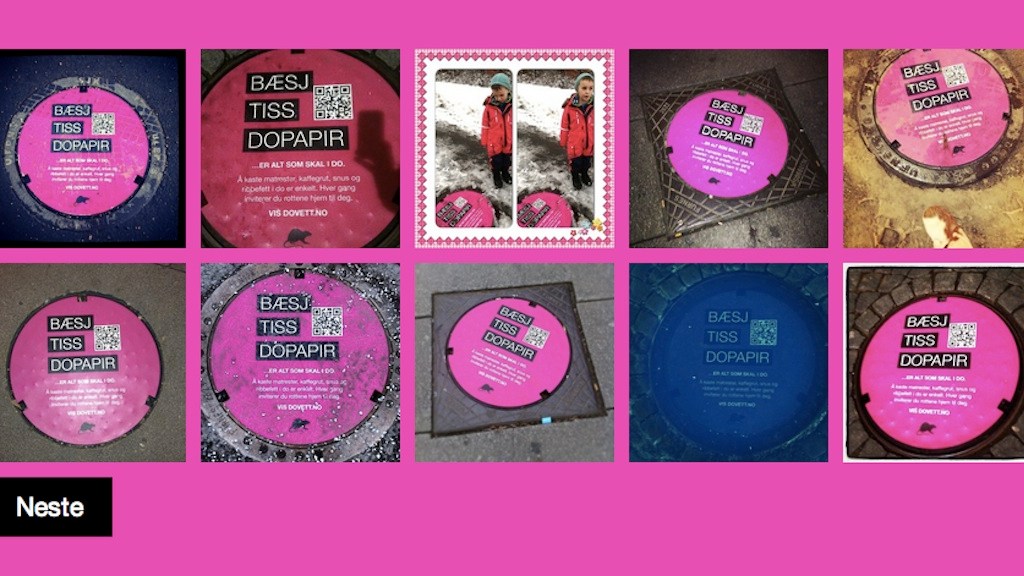 Oslo’s bright pink manhole covers remind its citizens what, exactly, can be flushed down a toilet

Apparently the citizens of Oslo have some weird ideas about what goes down a toilet. At least, they’ve been messing up the city’s sewer system enough that the Oslo Council invested in a really quite charming public information campaign to inform people what goes down toilets — “Bæsj, Tiss, Dopapir.”

That’s Norwegian for “Poop, Pee, TP.” And to make sure this simple message reaches the people of Oslo, the council has blazoned it on bright pink manhole covers throughout the city.

There is then a small script underneath explaining that nothing else should be put down the toilet, and that throwing food remains, coffee grounds and other unsuitable things down the toilet is like “inviting rats into your home”.

And seriously, those fatbergs London pulled out of its sewer were bad enough. We don’t want to know what a fatberg looks like when it’s full of used TP and old tampons, too.