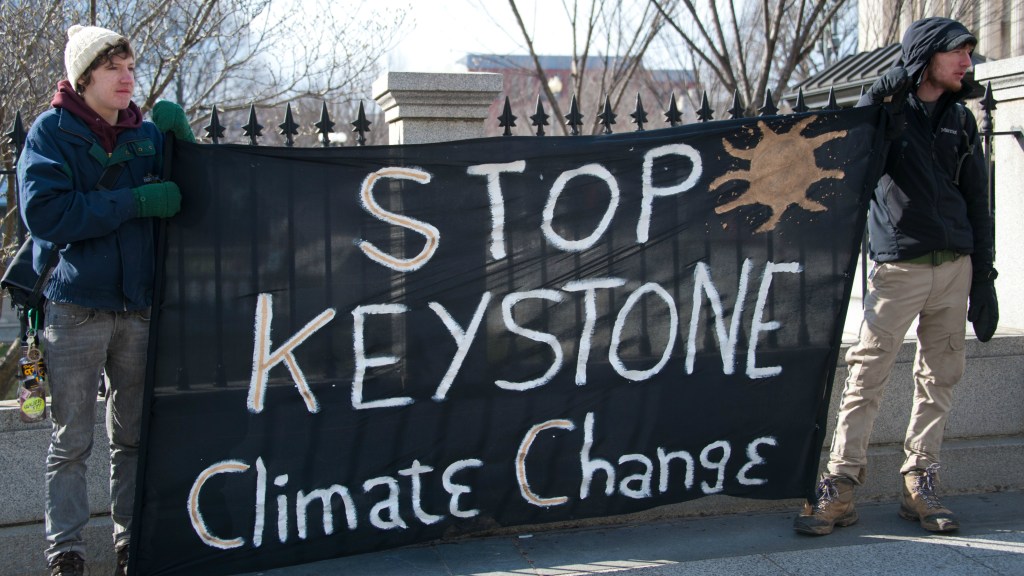 If the Keystone XL pipeline is built, it could lead to up to four times as much CO2 pollution as the State Department has estimated, according to a new study. And the study wasn’t written by activists. It was conducted by scientists at the Stockholm Environment Institute and published in the journal Nature Climate Change.

Why are these new figures so much higher than previous ones? The Associated Press explains: “The U.S. [State Department’s] estimates didn’t take into account that the added oil from the pipeline would drop prices by about $3 a barrel, spurring consumption that would create more pollution, the researchers said.”

The researchers found that for every barrel of increased crude oil production in the Canadian tar sands, global oil consumption could increase 0.6 barrels because the additional oil on the market would cause a decrease in global oil prices.

Depending on how much new oil production Keystone XL allows, the net yearly impact of the pipeline may range from nearly zero to 110 million tons of CO2 emissions each year — a range four times wider than that forecasted by the State Department, the study says.

The State Department’s position on Keystone XL, which is expected to pump 830,000 barrels of oil per day from Alberta to Texas, is that it will have an impact on climate change, but a much smaller one than if the pipeline isn’t built. That’s because Canada will find other, more carbon-intensive ways of getting that oil to refineries, such as via rail or other pipelines to the Canadian coast.

Danny Harvey, a University of Toronto professor whose research focuses on energy and climate change, said the paper shows strong evidence that the climate change effects of Keystone XL would be significant if it’s built.

He said he is “baffled” by the State Department’s conclusion that Keystone XL will have a minimal impact on the climate, and that he doubts the department’s statements that rail and other pipelines are likely to be sufficient to make up for the lost oil transporting capacity of Keystone XL if it isn’t built.

This debate matters because President Obama said last year that he won’t approve the pipeline if it would “significantly exacerbate the problem of carbon pollution.” He’s expected to make his decision after the November midterm elections.

New concerns about CO2 pollution won’t dampen GOP enthusiasm for the pipeline, of course. If Republicans take control of the Senate after the midterms — Nate Silver says they have about a 60 percent chance of doing so — they plan to make approval of Keystone one of their top priorities.

UPDATE, 15 Aug 2014: Michael Levi, energy analyst at the Council on Foreign Relations, has a post arguing that this study “is probably wrong.” The authors’ estimate of the impact of higher tar-sands production on world oil consumption “is thoroughly unpersuasive and almost certainly too high,” he argues. For starters, “The authors assume that, climate change aside, the world oil market is a perfect market. No manipulation, no politics, nothing. Just textbook economics. If you’re skeptical of this, you’re right.”

The authors of the study, Peter Erickson and Michael Lazarus, have responded to Levi. “The main point of our paper is that far too few assessments of fossil fuel infrastructure projects have considered impacts on markets, energy consumption, and associated carbon emissions. While acknowledging the deep uncertainties in assessing those dynamics, our paper presents one attempt to fill this gap,” they write. Erickson and Lazarus conclude their rebuttal by stressing their main point: “that market effects should not be neglected when it comes to investments that can increase energy supply, and that these effects can, in many cases, be far greater than typically accounted for. By our reckoning, the State Department’s analysis of Keystone XL appears to be one such case.”