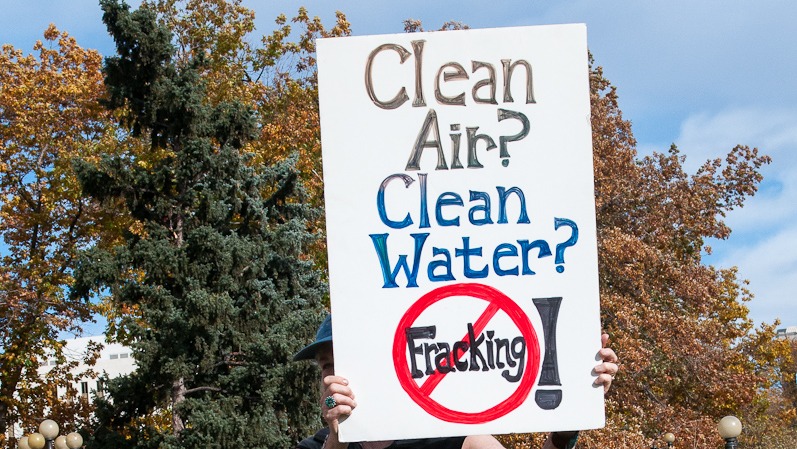 Legislation that would impose a 10-year moratorium on hydraulic fracturing is making its way through the Massachusetts state legislature. On Wednesday, the Joint Committee on Environment, Natural Resources and Agriculture passed the bill, which would also prohibit the dumping of fracking wastewater in the state.

“Although the state isn’t seen as a rich source of shale gas, there could be limited deposits in western Massachusetts,” the Associated Press reports. As EcoWatch explains, “Local concern about fracking has grown since the U.S. Geological Survey identified shale gas deposits in the Pioneer Valley last December. Moreover, as New York mulls large-scale fracking next door, drilling operators could soon view Western Massachusetts as a convenient dumping ground for toxic fracking wastewater.”

If the full state legislature passes the bill and Gov. Deval Patrick (D) signs it, Massachusetts would become the second state in the nation to ban fracking. Vermont banned it last year, despite having negligible fracking potential.

Meanwhile, in states that actually have sizable shale deposits and active hydraulic fracturing operations, fracking bans are not faring well. Five Colorado cities have prohibited fracking, but all face legal challenges not just from industry but from the administration of Gov. John Hickenlooper (D). And in California, where scientists, celebs, activists, and policy wonks are all calling for a moratorium, Gov. Jerry Brown (D) still backs the growing fracking industry, despite his long legacy as a climate hawk and environmental champion.

Notice those D’s in the preceding paragraph? This isn’t a Democrat-vs.-Republican issue. In much of the country, it’s a Democrat-vs.-Democrat issue — or more specifically, Democratic-establishment-vs.-Democratic-base. As fractivism spreads, more Democratic politicians might decide they don’t want to piss off the green vote, particularly in states like Massachusetts where the industry isn’t knocking down the door anyway.

Massachusetts could be a bellwether. We’ll be watching to see which way it goes.