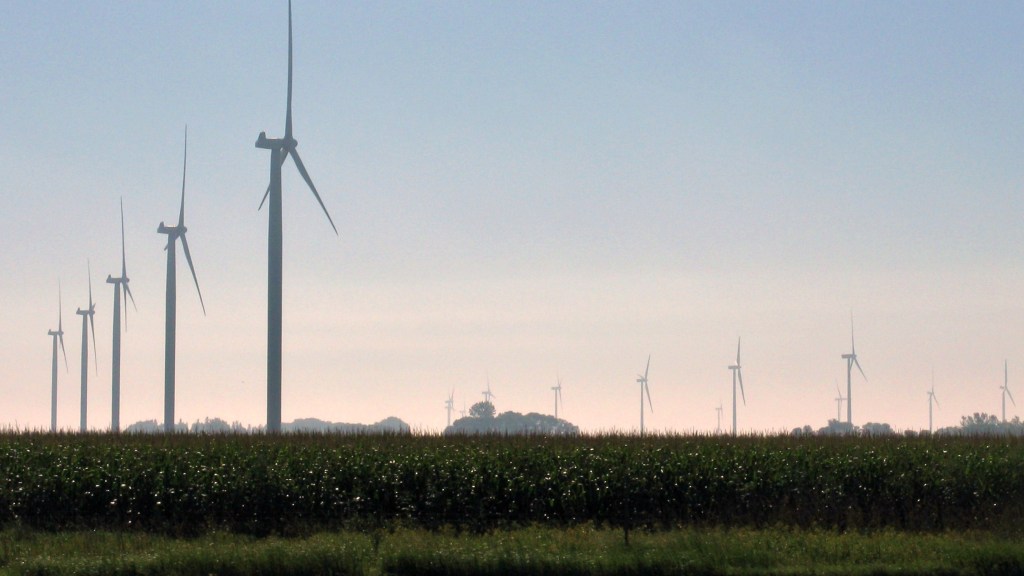 Well blow us over, Mount Rushmore State! Scores of landowners in South Dakota are banding together in an attempt to build a one-gigawatt wind farm, which would be spread over thousands of acres of farmland.

South Dakota is already a leader when it comes to harnessing wind energy. Nearly 500 large turbines spin over the state’s windswept landscapes, with a collective capacity of 784 megawatts of power. The Watertown Public Opinion reports on an attempt to more than double that capacity:

With over 80 landowners ready to dedicate nearly 20,000 acres to one of South Dakota’s largest wind projects, Dakota Power Community Wind is ready to begin the research phase of the operation.

“Our board has approved the purchase of [a meteorological] tower to kick off the research collection phase,” said Paul Shubeck, Dakota Power Community Wind board chairman. “We need to collect two to three years of data before construction can begin.” …

The 20,000 acres of farmland currently signed up for the project are sufficient to support a 300-megawatt windfarm, according to company officials. That would still be the largest single windfarm in South Dakota and would add nearly 50% to the state’s wind production.

Project leaders are now working to get more landowners on board. If built as envisioned, the sprawling wind farm would produce more than three times as much electricity as the natural gas–burning Deer Creek Station, which became the state’s most powerful fossil-fuel power plant when it began operating in 2012.