Naomi Klein on the power of fossil fuel divestment 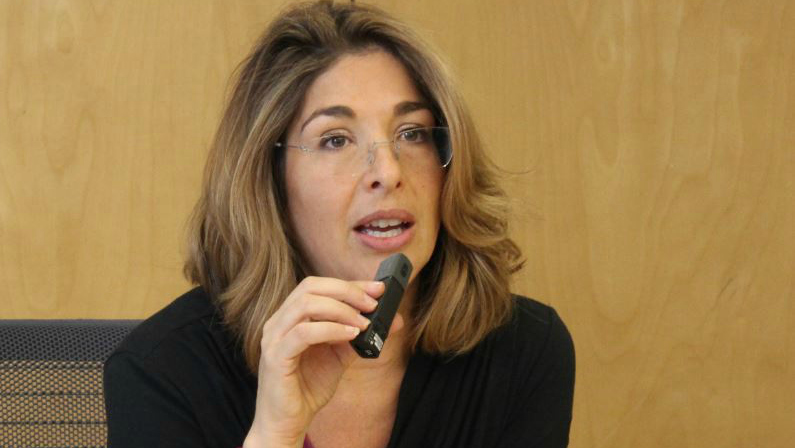 Naomi Klein on the power of fossil fuel divestment

In the run-up to Global Divestment Day on Feb. 13 and 14, May Boeve, executive director of 350.org, interviewed Naomi Klein, activist and author of the book This Changes Everything: Capitalism vs. The Climate (and 350 board member), as part of a web workshop. You can watch the whole thing. Or you can read our three-part edited transcript. Part one was about plummeting oil prices. Part two was about making the climate movement stronger. And here’s part three.

May Boeve: You were instrumental in helping articulate the link between stranded assets, unburnable carbon, climate change, and divestment. The movement to divest has taken off in incredible ways. What has been most significant about divestment, and what is needed to keep that call fresh and alive in this moment?

Naomi Klein: I want to give a little bit of history from my perspective of where all of this came from. When we had the idea for a national, and then international, divestment call on fossil fuels, there were already pockets at certain universities that were pushing their schools to divest from coal, but there wasn’t an overall fossil fuel divestment call that had been made.

That came out of a [phone] call between Bill McKibben and I, that happened after both of us had read the Carbon Tracker research, which blew both of our minds. This is the research that all of this is based on, that shows that the fossil fuel industry has five times more carbon dioxide in their proven reserves than the atmosphere can absorb and leave us with a decent shot of keeping global warming below 2 degrees Celsius.

Now, the thing that was striking when we were reading that research was that it was not addressed to us. This research was done for the investment community as a warning to them that there is a bubble in the market. This was a couple of years out of the housing bubble bursting, and it was warning, “OK, we see another bubble on the horizon, we don’t want to have another bubble burst.” Obviously, these companies cannot burn five times more carbon than the atmosphere can absorb, so these are going to become stranded assets.

Now, I read that research and I went, “No, that’s not right. We’re the bubble.” They’re planning to burn the carbon, and they have made a political assessment that when our politicians said they were going to keep warming below 2 degrees they were lying, that they didn’t mean it. The commitments made in Copenhagen were unbinding, and Exxon and Shell and everyone else decided that that was not something they had to worry about, that they were going to go ahead and burn it anyway.

So, I didn’t think this was a warning to investors. I thought this was a warning to all of us, and that’s what Bill thought too. So, the question is, OK, if we’re the bubble, how do we flip it? How do we turn them into the bubble that’s going to burst? And that’s where the divestment idea comes from. Those are the stakes, that’s really what that research shows: It’s them or us.

Bill wrote that incredible piece for Rolling Stone that popularized this idea, just laying it out, because people get these numbers. I had just had my kid at this point [in 2012], so I wasn’t able to go on the full fossil-free tour that Bill and 350.org kicked off, but I did go, with my 5-month-old in tow, to New York and Boston, which were a couple of the biggest events. What was amazing was that people were on their feet before we said a word. I’d never seen anything like it. The movement was waiting for someone to admit that there was a war going on.

This comes back to one of the most controversial parts of This Changes Everything, about how so many of the big green groups have partnered with fossil fuel companies, based on the false idea that we’re in this together. No, we’re not. I think people really get this, and young people get this most of all. It all comes back to that research. Every time you explain it to somebody else, you are part of the solution, because these are illegitimate profits.

The other thing that helps is that fossil fuel stocks are not performing very well right now [because of low oil prices]. So your opponents have just lost their best argument. They won’t lose it for long, so that’s another reason to just pound away at this. If this was last year, they could say, “These stocks are performing better than other ones, you want to bankrupt our schools.” But, no, in fact these stocks are underperforming. Not only are institutions destroying the planet, but they are also taking unnecessary risks with their endowments.

Another point I would make, [about] carbon pricing, is that when we make the argument that this is a rogue sector, that their business plan is at odds with life on earth, we are creating an intellectual and political space where it becomes much easier to tax those profits, to increase royalties, and even to nationalize these companies. This is not just about the fact that we want to separate ourselves from these companies, it’s also that we have a right to those profits. If those profits are so illegitimate that Harvard shouldn’t be invested in them, they’re also so illegitimate that taxpayers have a right to them to pay for a transition away from fossil fuels, and to pay the bills for a crisis created by this sector. It’s not just about dissociating ourselves from their profits, but potentially getting a much larger piece of them.

May Boeve: Here’s a question from online: “Where do we put our divested funds? How do we push local economy investment in the transition?”

Naomi Klein: I think the reason why the reinvestment piece is a little bit trickier than the divestment call is because what we need to get out of is really simple, we want to divest from the fossil fuel companies, but what we want to get into will look a little bit different everywhere we live. There isn’t one blanket investment, nor should there be. I don’t think that the response should be, “Goodbye, big carbon. Hello, big wind, big solar.” I think we can do better than that. Which isn’t to say big green companies don’t have a place in the transition. I think they do.

But I think we should also be looking at supporting local solar co-ops, that reinvestment should be very much a tool for climate justice. The answer for what that means is only going to come from building alliances with frontline communities in all of your communities and developing tools and projects that can be supported.

The Our Power campaign in the U.S. is a great example of identifying six climate communities that have great transition plans, some of them already quite far along, that can be supported. We should resist the temptation of just presenting this as flipping the switch from dirty energy to big, clean, green energy that will be controlled by a different set of corporations.