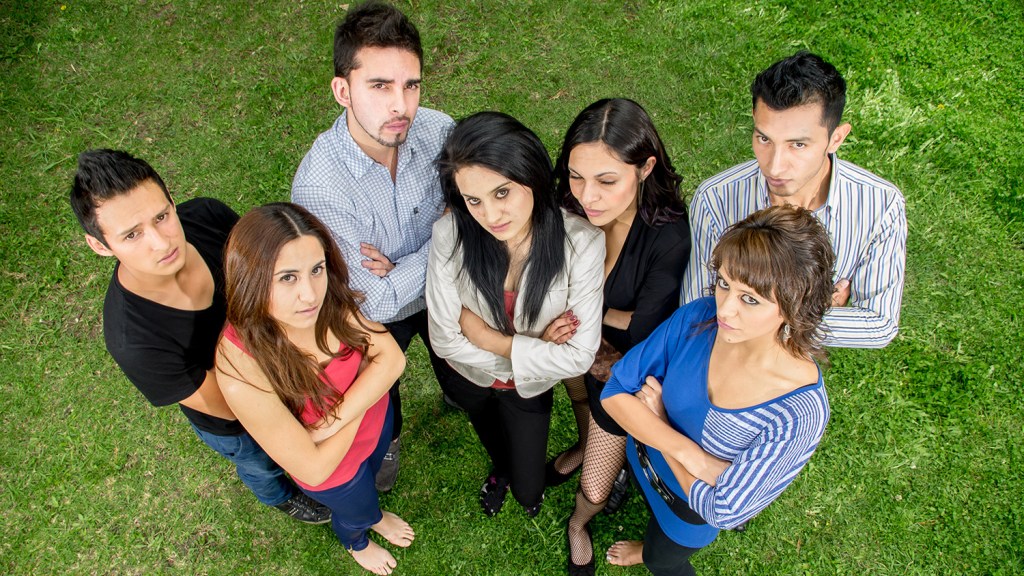 Establishment Republicans like to think that Latinos would be a natural GOP constituency, if only the party could marginalize its xenophobic wing. These old, conservative white men tell us Latinos are inherently conservative. After the 2012 election, Washington Post columnist and Fox News commentator Charles Krauthammer claimed that if Republicans embraced immigration reform, their share of the Latino vote would increase dramatically. Krauthammer even flat-out predicted that if Marco Rubio were the Republican presidential nominee in 2016, he would carry Latinos.

Only a partisan Republican who believes in broad stereotypes about Latinos — which is to say, many prominent Republicans — would believe such a thing. The argument goes that Latinos are “entrepreneurial” and “family-oriented” and will therefore favor the party of “free enterprise.” Why would a family-oriented entrepreneur necessarily favor the party that wants to pollute the air children breathe, favor entrenched interests with tax breaks, and starve schools and transportation infrastructure of funding? That’s never explained, it’s just assumed.

As Grist’s Brentin Mock noted last year, Republican leaders swayed by this line of thinking are investing in Latino outreach. But polls show that Latinos are generally liberal on most issues including, as Mock pointed out, supporting action to fight climate change.

And a new poll from The New York Times, Stanford, and the research group Resources for the Future shows again that Latinos are overwhelmingly climate hawks. The Times’ Coral Davenport reports:

And 63 percent of Hispanics said the federal government should act broadly to address global warming, compared with 49 percent of whites.

As Davenport observes, Democrats generally are much more likely than Republicans are to accept climate science and support policies to address it. Since Latinos are much more likely than non-Hispanic whites are to be Democrats, this data may not prove that Latinos are any more concerned than other liberals are about the environment. But what it does show is that Latinos are environmental liberals. They are not, as patronizing Republicans claim, conservatives who fail to realize it because they’re blinded by immigration and identity politics.

It makes sense that Latinos are especially concerned about pollution and climate change. Non-white and urban communities suffer from a disproportionate share of pollution and climate impacts. The fossil fuels that cause climate change also contribute to smog formation, and at the same time, smog will be worsened by climate change because warmer weather exacerbates smog formation. As Davenport writes, “A 2014 study in the scientific journal PLOS One found that nationally, minorities were exposed to concentrations of the toxic pollutant nitrogen dioxide that were 38 percent higher than what whites faced. Nitrogen dioxide is linked to respiratory illness and, like planet-warming carbon dioxide, is spewed from vehicle tailpipes and power plant smokestacks.”

To win over Latinos, Republicans will have to do more than stop attacking immigrants. They will, among other things, have to get right on climate change.