A common claim by climate change deniers is that scientists have been “altering” ground-based temperature data to make it look like the Earth is warming. This claim — which is not just wrong, but exactly wrong, as I’ll get to in a sec — has gotten more traction than most others offered by the forces of anti-science.

Rep. Lamar Smith (R-Texas) has been using this false claim as a blunt hammer against scientists in NOAA, for example, holding hearing after hearing trying to pin charges of conspiracy on them. But of course he’s wrong and is wasting huge amounts of taxpayer money pursuing a lie. As I’ve written before, the scientists aren’t “altering” the data, they’re correcting them.

A new paper has come out reinforcing this. Researchers from Berkeley, the University of York, and NOAA have looked at the temperatures recorded at stations across the U.S. They assessed the corrections being applied to the data and have confirmed their accuracy. In other words, despite Smith’s claims, the techniques the scientists are using to calibrate the data are solid.

The basic idea is this: There are temperature stations all over the U.S., and many have been in use for more than a century. However, over the years, some have been moved, replaced, or their environment has changed. This, of course, changes the temperature they record.

To account for that, scientists apply a correction to the data to make sure that they are comparing apples to apples when looking at modern measurements versus older ones. But how do they know if the corrections are accurate?

Actually, there are quite a few ways, but in the new study the researchers looked at more modern stations that are known to be quite accurate and compared them to the data from nearby older stations during the 12-year period where the two different systems were both in operation at the same time. As was expected, the uncorrected data from the older stations didn’t match the newer ones well. However, when the corrections were applied, the older stations did in fact match the newer ones much better. This shows that the corrections being applied are in fact making the data more accurate.

The average monthly temperature anomalies (deviations from an average) from 2004–2015. The new station readings are in green; the old ones using the correction are in orange. Note how good the fit is.Hausfather et al.

Interestingly, there are still some residual errors in the older measurements even after adjustments — that’s not too surprising; in the real world it’s almost impossible to completely correct such issues. But what’s funny is what the researchers found: Even after adjustments, the older systems still tend to underestimate maximum (and average) temperature trends compared with the newer systems during the overlap period — consistent with other research that found the same trend.

This puts lie to Smith’s claims again. If scientists are altering the data to make it look like the planet is warming up, why would they underestimate the temperature trends?

The answer is obvious: They aren’t trying to make the planet look like it’s heating up. The planet is heating up, and they’re measuring that. That’s what the data are telling us, that’s what the planet is telling us, and as long as our politicians in charge are sticking their fingers in their ears and yelling “LALALALALALA” as loudly as they can, we’ll never get off our oil-soaked butts and get anything done to prevent an environmental catastrophe. 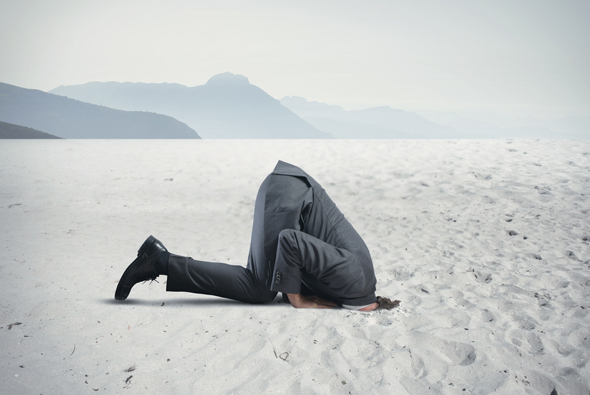