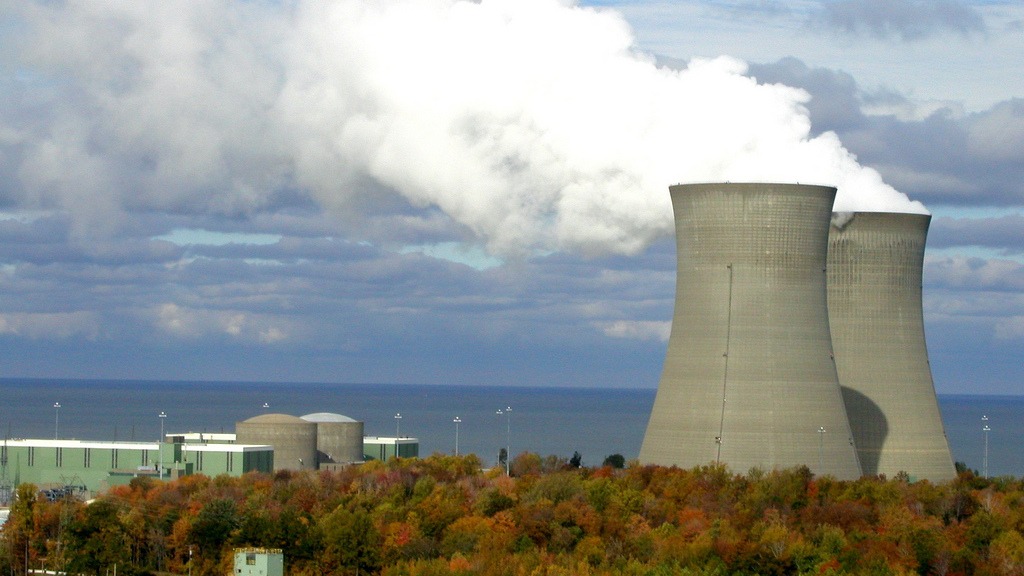 A valve leak was discovered Monday at Perry Nuclear Power Plant in Ohio, causing the release of radioactive tritium into groundwater near Lake Erie. Fortunately, it was patched up by Wednesday, according to plant owner FirstEnergy Nuclear Operating Co. It’s not known when the leak sprung nor how much tritium it released.

Engineering crews have repaired the reactor coolant leak at the Perry nuclear power plant that deposited an unknown amount of radioactive tritium in groundwater near the leak. …

Samples of water taken from a monitoring point in the under-drain system outside of the building revealed tritium, a radioactive isotope of hydrogen with a half-life of a little over 12 years. No heavier and more dangerous nuclear isotopes were found.

The valve was repaired using a clamp and some sealant, and company officials say they are confident it will hold until next year, when a replacement is scheduled.

Tritium atoms are nothing like heavy uranium or plutonium atoms — they are among the tiniest and lightest molecules in the universe. But they can still be absorbed into animal tissue easily and cause cancer.