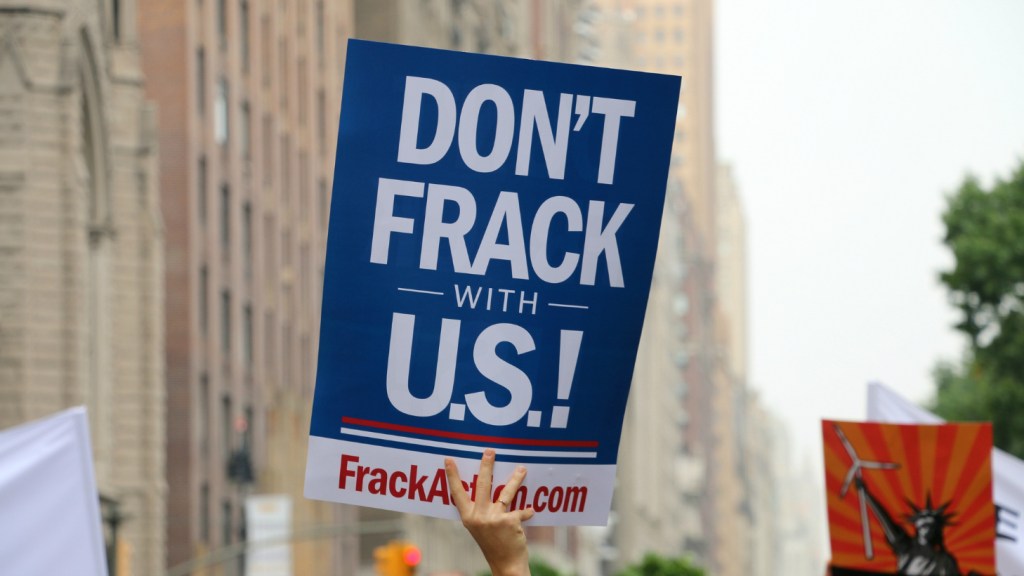 The Obama administration rolled out fracking rules today that will regulate about 100,000 oil and gas wells on public and tribal lands. The rules come after a long process, initiated in Obama’s first term, to regulate the now-booming industry, and attracted more than 1.5 million comments from the public and interested groups.

The new regulations, which were issued by the Department of the Interior, will go into effect in 90 days, and are aimed at wells spread over 750 million acres of public and Native American lands. But they won’t affect the vast majority of fracking operations in the U.S., which are on private land. From The New York Times, here’s what these new rules do:

The regulations … will allow government workers to inspect and validate the safety and integrity of the cement barriers that line fracking wells. They will require companies to publicly disclose the chemicals used in the fracturing process within 30 days of completing fracking operations.

The rules will also set safety standards for how companies can store used fracking chemicals around well sites, and will require companies to submit detailed information on well geology to the Bureau of Land Management, a part of the Interior Department.

Interior Secretary Sally Jewell said recently that the rules are meant to be “minimal standards on federal and tribal lands” and would be even less stringent than those that some states already have on the books; in those cases, the state laws will trump the federal regulations.

So it’s not surprising that environmental groups are underwhelmed with today’s regulations, saying they don’t go far enough to protect federal lands and the drinking water that many Americans draw from them.

“These rules put the interests of big oil and gas above people’s health, and America’s natural heritage,” Amy Mall, senior fracking policy analyst for the Natural Resources Defense Council, said in a statement. “The bottom line is: These rules fail to protect the nation’s public lands — home to our last wild places, and sources of drinking water for millions of people — from the risks of fracking.”

“While this proposal has improved from previous versions, it represents a missed opportunity to set a high bar for protections that would truly increase transparency and reduce the impacts to our air, water, public lands, and communities by the oil and gas industry,” said Madeleine Foote of the League of Conservation Voters.

A lot of green consternation centers around the fact that the rules will rely on FracFocus, an industry-backed website where companies self-report the toxic chemicals they are using. In the past, studies, including one by the Department of Energy, have found the database to be out-of-date and incomplete. Greens had also pushed for companies to have to disclose chemicals before fracking started; under the new rules, companies won’t have to do it until after fracking stops.

The oil and gas industry and their allies in Congress aren’t fond of the new rules either. Some argue that they could increase the cost of natural gas, undermining the administration’s efforts to shift away from oil and coal. Others, predictably, just call the regulations redundant and onerous. “If Interior was half as interested in new production as it is in new regulation, our nation would be in a far better place,” said Sen. Lisa Murkowski, a Republican who has railed against the administration’s efforts to regulate oil and gas extraction in her home state of Alaska.

The administration is soon expected to release separate rules regulating methane released during the fracking process. Meanwhile, a coalition of Democrats has introduced a bunch of laws — the “Frack Pack” — to regulate fracking more stringently. But similar legislation failed to advance through a more friendly Congress in the past, so it stands virtually no chance in a Congress now totally controlled by Republicans.