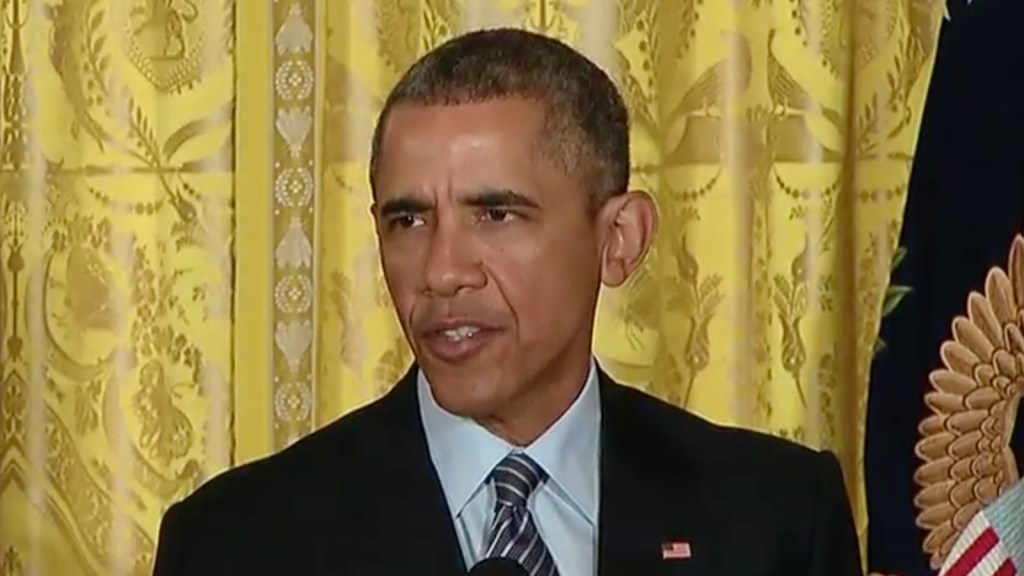 President Obama gave an unusually personal and passionate speech as he officially unveiled his administration’s new rules to clean up climate pollution from power plants on Monday. He came across as emotionally invested as well as intellectually engaged — a man who seems to care a lot about making climate action a big part of his legacy.

He slammed critics of his Clean Power Plan, noting that they whine and claim the sky is falling every time we try to clean up the environment, and every time they’re proven wrong. From the speech:

Here’s the thing: We’ve heard these same stale arguments before. Every time America’s made progress, it’s been despite these kinds of claims. Whenever America has set clear rules and smarter standards for our air, our water, our children’s health, we get the same scary stories about killing jobs and businesses and freedom.

One of Obama’s main points in pushing the new rules is that cleaning up coal-fired power plants doesn’t just help slow down climate change, it also helps clean up the air that people breathe — that’s a “co-benefit” in wonk-speak, and a huge deal for real Americans. The president went “off script,” as he put it, to share a personal anecdote about that:

In thinking about what we’re doing here today, I was reminded about landing in Los Angeles to attend college as a freshman, as an 18-year-old, and it was late August, I was moving from Hawaii, and I got to the campus and I decided I had a lot of pent-up energy and I wanted to go take a run, and after about five minutes suddenly I had this weird feeling like I couldn’t breathe. And the reason was that back in 1979, Los Angeles still was so full of smog that there were days where people who were vulnerable just could not go outside, and they were fairly frequent.

And folks who are older than me can remember the Cuyahoga River burning because of pollution, and acid rain threatening to destroy all of the great forests of the Northeast. And you fast-forward 30, 40 years later, and we solved those problems, but at the time, the same characters who are going to be criticizing this plan were saying this is going to kill jobs, this is going to destroy businesses, this is going to hurt low-income people, it’s going to be wildly expensive, and each time they were wrong. And because we pushed through, despite those scare-mongering tactics, you can actually run in Los Angeles without choking, and folks can actually take a boat out on that river, and those forests are there.

Here’s the biggest applause line from the speech (Obama managed to squeeze in a defense of the Affordable Care Act too):

[W]e’ve got critics of this plan who are actually claiming that this will harm minority and low-income people even though climate change hurts those Americans the most, who are the most vulnerable. Today an African-American child is more than twice as likely to be hospitalized from asthma. A Latino child is 40 percent more likely to die from asthma. So if you care about low-income, minority communities, start protecting the air that they breathe and stop trying to rob them of their health care. [Long burst of applause.] You could also expand Medicaid in your states, by the way — that would help.

The bottom line from the president’s speech: “I am convinced that no challenge poses a greater threat to our future and future generations than a changing climate.”

The White House says the long-awaited finalization of the Clean Power Plan is just “the starting gun for an all-out climate push” over the next few weeks. The president also plans to speak at a clean-energy summit in Nevada on Aug. 24, visit the Alaskan Arctic on Aug. 31, and host Pope Francis at the White House for a chat about climate change, among other issues, on Sept. 23.

Obama has been far from perfect on climate and energy issues during his presidency, but he seems increasingly serious and spirited about putting the U.S. and the world on a better course. Rumors are flying that he’ll reject the Keystone XL pipeline within the next few weeks as well. Because the pipeline has become so symbolically freighted for both opponents and supporters, that move might do more than any other to show that Obama wants to be remembered as the Climate President.