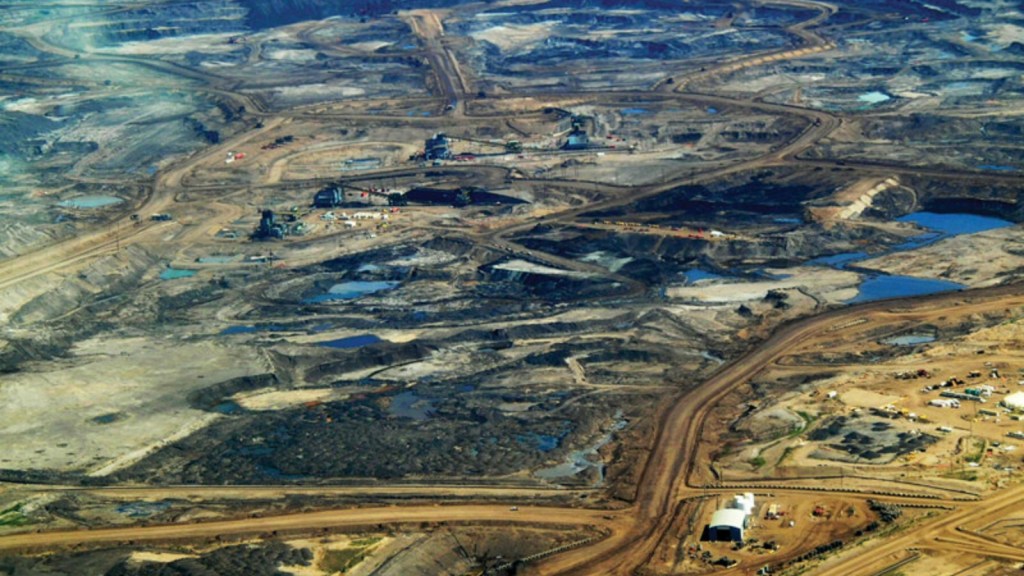 One of the world’s largest fossil fuel producers is on the verge of cleaning up its act.

In coming years, Canada can expect a switch from oil and gas to renewables, according to a draft policy report from a government group. Even more importantly, the report notes, Canada should expect some of its oil to likely “remain in the ground.”

Sound familiar? That phrase just so happens to mimic the rallying cry of the U.S. environmental movement.

The dose of reality for Canada’s tar sands industry comes from Policy Horizons Canada, which provides advice to the federal government on emerging policy issues. CBC News obtained the report via an access to information request.

“It is increasingly plausible to foresee a future in which cheap renewable electricity becomes the world’s primary power source and fossil fuels are relegated to a minority status,” the report reads. It urges against investment in new oil and gas infrastructure projects, calling them “high risk” for becoming unprofitable. Electric cars like Tesla even made an appearance in the report, with forecasts showing that cars that use lithium-ion batteries would become affordable sooner than previously expected.

If the report’s takeaways stand, it means a big turnaround for a country that was until recently all-in on fossil fuels. Canada is the world’s fifth largest producer of oil, providing an estimated 6 percent of global energy supplies.