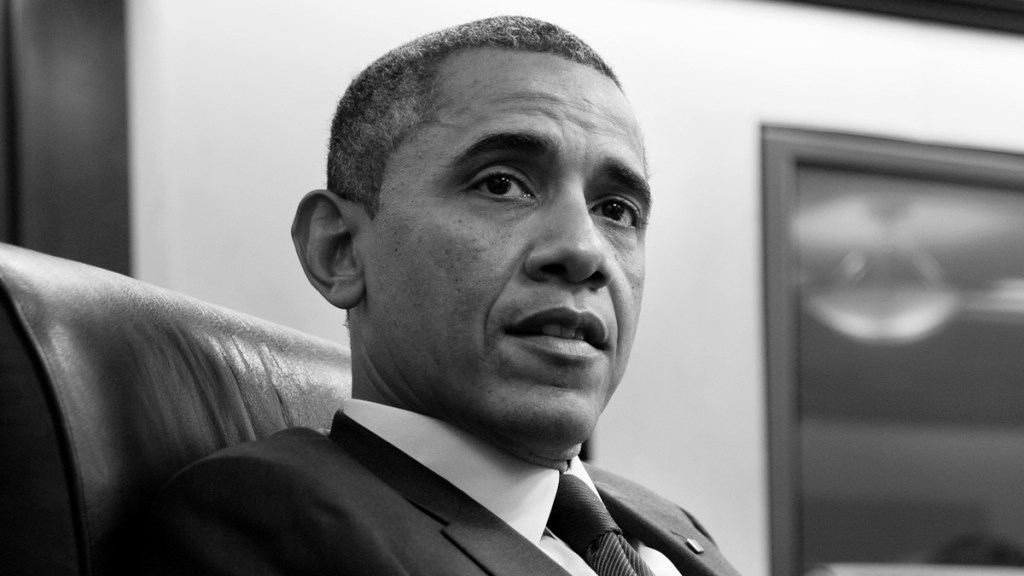 The environmental community and the White House have beef, and it just escalated.

On Thursday, a coalition of 18 environmental advocacy organizations — including the Sierra Club, the Natural Resources Defense Council, the Environmental Defense Fund, and the League of Conservative Voters — sent President Obama a letter expressing their opposition to his “all of the above” energy policy, which embraces oil and gas in addition to cleaner energy sources. Although they were careful to note that they “applaud the actions you have taken to reduce economy-wide carbon pollution,” they conclude that “continued reliance on an ‘all of the above’ energy strategy would be fundamentally at odds with your goal of cutting carbon pollution.”

It’s not clear why the green groups have chosen now to go public with their frustration over Obama’s enthusiasm for domestic dirty energy production. Obama finally put forth a comprehensive climate action plan in June. Just last month, he brought former Clinton White House chief of staff John Podesta, a strong proponent of climate action, into the White House as an adviser. Podesta reportedly accepted the job on the condition that he would oversee Obama’s plans to reduce carbon emissions. (Disclosure: From 2005 to 2007, I worked at the Center for American Progress, which Podesta founded in 2003 and ran until 2011.)

One day after the green groups sent their letter, Podesta responded with a letter of his own. In his response, Podesta reiterates Obama’s commitment to addressing climate change and lists some of the steps the president has already taken to reduce emissions, and others his administration is currently working on. From fuel-economy standards for cars and trucks to the first-ever regulation of CO2 emissions from power plants, there is no doubt that Obama has done a lot for a president facing an obstinately unhelpful Congress.

But Podesta’s letter does not actually address the specific complaint the environmentalists put forth: that Obama has opened up federal lands and waters to oil, gas, and coal exploration, and that this is at odds with efforts to fight climate change. Here’s Obama himself on the subject during the 2012 campaign: “Over the last three years, I’ve directed my administration to open up millions of acres for gas and oil exploration across 23 different states. We’re opening up more than 75 percent of our potential oil resources offshore. We’ve quadrupled the number of operating rigs to a record high. We’ve added enough new oil and gas pipeline to encircle the Earth, and then some.”

As Bill McKibben detailed in a recent Rolling Stone feature, Obama has eagerly pursued natural resource extraction. He has opened the way for oil drilling offshore in areas such as Alaska’s Beaufort Sea. Last year, the Bureau of Land Management put up for auction the mining rights to 316 million tons of coal in Wyoming’s Powder River Basin, drawing consternation from none other than the Center for American Progress. CAP calculated — using the BLM’s own metrics — that this would produce more than 523 million tons of CO2, which is equivalent to the annual emissions from roughly 109 million cars.

And so here is what Podesta wrote on Friday: “The President has been leading the transition to low-carbon energy sources, and understands the need to consider a balanced approach to all forms of energy development, including oil and gas production.” And then, in the very next sentence: “With respect to meeting the threats posed by a rapidly changing climate, implementation of the Climate Action Plan must and will remain the focus of our efforts.” As if these two sentiments were not at odds with one another.

One could theoretically argue that reducing CO2 emissions and opening areas for drilling and mining are not mutually exclusive. What matters is total emissions, not whether they come from coal-fired power plants or cow burps, or the U.S. or China. But such an argument would only be persuasive if there were firm economy-wide carbon caps both domestically and internationally. If we had a cap-and-trade regime in domestic and international markets, the price of burning coal and oil would increase dramatically, to such a point that most American fossil fuels would not be worth extracting. If it were still economical, because U.S. sources of dirty energy were cheaper than foreign sources, then you might be able to make a case that opening new areas to exploration would not actually affect climate change.

Of course, there would still be plenty of other reasons not to pursue increased domestic fossil fuel production. As demonstrated by the Deepwater Horizon disaster, the frequent explosions of trains hauling crude oil from North Dakota, and pervasive air pollution in coal-burning regions, there are deadly, devastating consequences to dirty energy production well beyond climate change. Even with carbon caps or pricing, the environmental groups would surely still oppose Obama’s energy policy and advocate clean renewable sources instead.

But the more important point is that we don’t have a price on carbon. The Waxman-Markey cap-and-trade bill died in the Senate, thanks in part to Obama’s undermining of Senate negotiations. Until we do, saying that we are reducing CO2 emissions in other ways cannot justify giving public land to private producers of dirty energy.