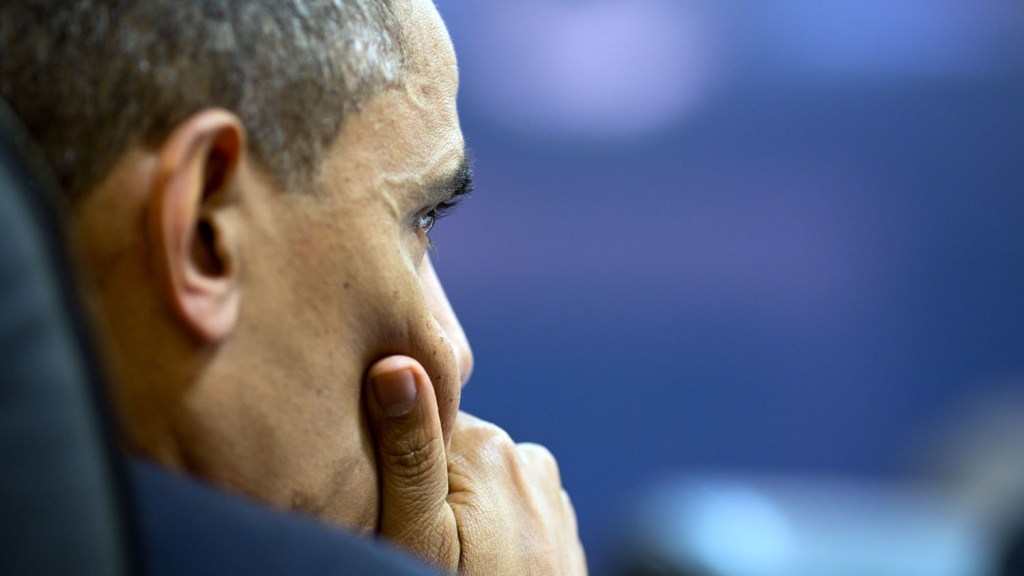 Leading environmental groups are telling President Barack Obama that it’s time to drop his climate-screwing “all of the above” energy strategy, which promotes rampant drilling and mining of fossil fuels as well as green alternatives.

Eighteen groups sent a letter to Obama on Thursday, pointing out that his strategy “fails to prioritize clean energy and solutions that have already begun to replace fossil fuels,” and arguing that it’s “a compromise that future generations can’t afford.” The signers include the Sierra Club, League of Conservation Voters, National Wildlife Federation, Oceana, Environmental Defense Fund, and Natural Resources Defense Council. Here’s more from the letter:

We believe that continued reliance on an “all of the above” energy strategy would be fundamentally at odds with your goal of cutting carbon pollution and would undermine our nation’s capacity to respond to the threat of climate disruption. With record-high atmospheric carbon concentrations and the rising threat of extreme heat, drought, wildfires and super storms, America’s energy policies must reduce our dependence on fossil fuels, not simply reduce our dependence on foreign oil.

We understand that the U.S. cannot immediately end its use of fossil fuels and we also appreciate the advantages of being more energy independent. But an “all of the above” approach that places virtually no limits on whether, when, where or how fossil fuels are extracted ignores the impacts of carbon-intense fuels and is wrong for America’s future. America requires an ambitious energy vision that reduces consumption of these fuels in order to meet the scale of the climate crisis.

And here’s more commentary from Trip Van Noppen, president of Earthjustice, another group that signed the letter:

In addition, “all of the above” leaves the American people holding the bag of drinking water contamination in our communities, crude oil pipeline bursts in our neighborhoods, toxic chemicals in our air, fracking groundwater accidents across the nation, oil spills in our precious Arctic waters and in our seafood-rich Gulf, carcinogenic dumping in our community waters, mountaintop removal across the Appalachians, historic coal ash spills, and more.

The letter coincides with a new campaign by gas and oil interests that aims to push Obama in the opposite direction. The Washington Post reports:

The American Petroleum Institute announced a new advertising and electoral campaign that will promote domestic oil and gas production. At the same time, Senate Minority Leader Mitch McConnell (R-Ky.) asked the Government Accountability Office to determine whether the Senate can use the Congressional Review Act to reverse a proposed rule to limit carbon emissions from new power plants.

The new pressure from both sides — one demanding that President Obama reconcile his commitment to fight climate change with his other energy policies, the other pushing him to scale back environmental regulation — could have an impact on critical permitting decisions on issues ranging from the Keystone XL pipeline to natural gas exports and federal coal leases.

The environmental groups’ initiative was perhaps more surprising, given their long support of Obama’s efforts to combat climate change.

This conflict isn’t just happening at the national level. California Gov. Jerry Brown (D) has been a leader in calling for climate action, yet he is a strong supporter of fracking for oil and gas. On Tuesday, environmental groups delivered to Brown what they say are messages from more than 100,000 Californians opposing fracking.