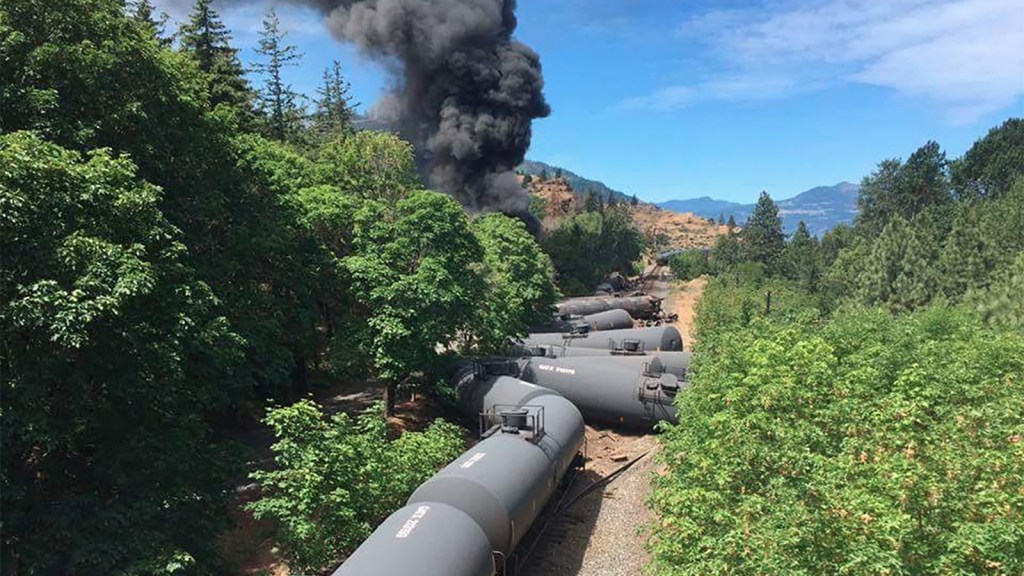 Another day, another exploding oil train.

On Friday, a flimsy metal can carrying crude oil derailed east of Portland in Mosier, Ore., forcing schools to evacuate and an interstate highway to close. The accident involved 11 train cars, according to KIRO 7 News, and several burst into flames.

Although there were no initial reports of oil leaking into the Columbia River, the Environmental Protection Agency reported on Saturday a light oil sheen.

Every accident of this sort reinvigorates fears about bomb trains, which regularly route through the Pacific Northwest. In May, Oregon activists occupied railroad tracks to protest the transportation of crude oil through the region.

Here are images of this latest diaster:

Flames and smoke from the #oil #train #derailment in #Mosier. pic.twitter.com/iQyrIQv4WA