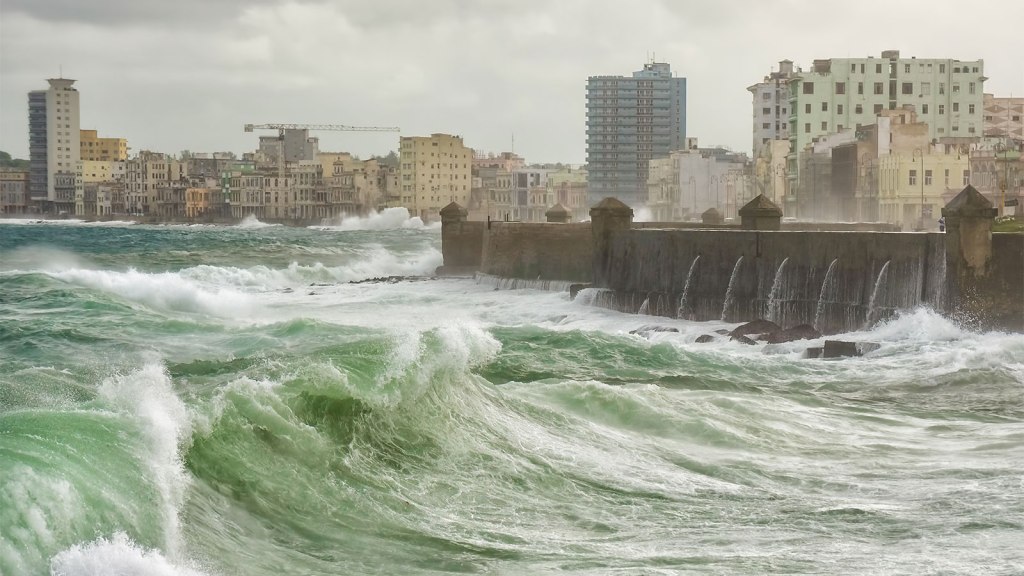 Climate hawks are familiar with the framing of climate policy credited to White House science advisor John Holdren, to wit: We will respond to climate change with some mix of mitigation, adaptation, and suffering; all that remains to be determined is the mix.

It’s a powerful bit of language. It makes clear that not acting is itself a choice — a choice in favor of suffering.

But in another way, Holdren’s formulation obscures an important difference between mitigation (reducing greenhouse gas emissions to prevent climate effects) and adaptation (changing infrastructure and institutions to cope with climate effects). It makes them sound fungible, as though a unit of either can be traded in for an equivalent unit of suffering. That’s misleading. They are very different, not only on a practical level but morally.

Carbon is global, adaptation is local

With every ton of carbon we emit, we add incrementally to the total concentration of greenhouse gases in the atmosphere. That total is what determines the effects of climate change. By emitting ton of carbon we are, in a tiny, incremental way, harming all of humanity, especially the poorest and most vulnerable.

Conversely, however, every ton of carbon emissions we prevent or eliminate benefits, in a tiny, incremental way, all of humanity, especially the poorest and most vulnerable. Say I pay $10 to reduce carbon by a ton. I bear the full cost, but because all of humanity benefits, I receive only one seven-billionth of the value of my investment (give or take).

In other words, mitigation is fundamentally altruistic, other-focused.

In fact, I’ve understated the altruism. Remember the famous carbon time lag: Carbon emitted today affects temperatures 30 (or so) years from now. So mitigation today doesn’t actually benefit humanity today; it benefits humanity 30 years in the future, when the carbon that would have been emitted would have wrought its effects. It benefits people who are both spatially and temporally distant. That’s almost pure altruism.

(Note:  I’m putting aside the present-day co-benefits of mitigation policies. Obviously they are important! And I’ll get to them in a minute. But for now I’m talking purely about reducing carbon for climate’s sake.)

Adaptation is nearly the opposite. It is action taken to protect oneself, one’s own city, tribe, or nation, from the effects of unchecked climate change. An adaptation dollar does not benefit all of humanity like a mitigation dollar does. It benefits only those proximate to the spender. A New Yorker who spends a dollar on mitigation is disproportionately preventing suffering among future Bangladeshis. A New Yorker who spends a dollar on a sea wall is preventing suffering only among present and future New Yorkers. The benefits of adaptation, as an iterative process that will continue as long as the climate keeps changing, are both spatially and temporally local.

One obvious implication of this difference is that, to the extent spending favors adaptation over mitigation, it will replicate and reinforce existing inequalities of wealth and power. The benefits will accrue to those with the money to pay for them.

It is no accident that the current position among “reform” conservatives — who have finally become embarrassed by the near-universal climate denial and conspiracy theorizing in the Republican Party — is that the climate is warming, but not that much, and it would be too expensive to prevent it, so we’ll just adapt. I predict that when climate becomes an unavoidable political issue in the U.S., as it inevitably will, this will be an extremely popular position on the right and an alluring one across the center as well.

If you believe, as conservatives do, that market capitalism is meritocratic, that it distributes benefits based on hard work and pluck, then it follows that rich people deserve the advantages they can afford. They earned them. One of the advantages rich people (and cities and countries) can afford is protection from the vicissitudes of climate change. We gotta protect our own. Adaptation will strongly appeal to fearful, nationalistic, revanchist personality types and, in the U.S. at least, most of those folks are conservatives.

But let’s be real. Virtually no one is so liberal as to be genuinely, 100 percent cosmopolitan, holding the moral status of future foreigners equal to that of current neighbors and family. In fact, that kind of universalist cosmopolitanism probably strikes most actually existing human beings as vaguely repellent — there’s something wrong with someone who doesn’t prefer his or her own people. It’s certainly not a viable political position.

Adaptation spending can be made more equitable, of course, if rich countries help pay for poor countries to do it. There’s a glimmering of that in the $100 billion-a-year climate adaptation fund discussed in UN talks. But what’s pledged is already short of what’s needed. Color me skeptical that, as climate damages start biting in developed countries, their leaders are going to propose sending more. The more anxious or afraid we become, the more our brain’s capacity for conscious self-regulation is overwhelmed by deeper fight-or-flight instincts. We become more in-group focused, defensive, and hostile toward outsiders. As the effects of climate change become more pronounced, the likely result is not, as many climate hawks seem to hope, new support for global treaties. The likely result is publics demanding, and politicians scrambling to provide, local adaptations.

Climate change is also going to produce a large and powerful adaptation industry. Journalist McKenzie Funk covers that subject in his new book Windfall: The Booming Business of Global Warming. This is from his interview with Brad Plumer:

BP: Oftentimes when you read about how we’ll deal with climate change, there’s this widespread notion that the world will have to cooperate in a variety of ways. We’ll have to work together to cut emissions and deal with the effects of rising temperatures. But as you found, that’s far from inevitable.

MF: Yeah, that was the main point of the book. People who are interested in climate change seem to assume that the way out is that everyone will work together. Rich countries will help the developing world, which is going to get hit hardest by climate change.

But adaptation isn’t necessarily going to be a let’s-all-work-together thing. Certainly the reaction to climate change that I saw, people weren’t always working together — they were working to save their own asses. And the idea that we’re all going to come together to deal with this is a huge assumption that isn’t much tested.

Yup. Looking back through history, “working to save their own asses” seems to be the rule, with a few notable exceptions.

Now, as I mentioned before, the outlook is not as bleak as all that. It so happens that lots and lots of mitigation strategies produce present-day co-benefits more than substantial enough to “pay for” the carbon reductions in the short term (remember, carbon reductions won’t pay off for 30 years). For instance, reducing carbon from coal plants also, in practice, reduces particulate pollution and prevents asthma. The Clean Air Act’s benefits have always wildly outweighed its costs and will continue to do so in the wake of carbon regulations, because reducing CO2 means reducing SO2 and NOx, which boosts health and productivity by far more than the cost to industry.

Similarly, lots of the technologies and practices key to mitigation, from clean energy to energy efficiency, are economically viable purely on their own terms. There’s money to be made. It may be, as optimists like Amory Lovins believe, that we can achieve all of the carbon reductions we need without any appeal to the “social cost of carbon.” All this clean stuff just works better and pays for itself.

Maybe. But given the steep reductions now needed, I don’t feel as confident. I’m inclined to think climate will be necessary to justify many of the policies we’ll need, and let’s be clear, any time the social cost of carbon is invoked, it is an appeal to altruism. Future benefits expressed in today’s dollars are still future benefits.

When the shit hits the fan, it won’t matter that adaptation is more expensive and requires bigger government than mitigation. Thanks to deep-seated aspects of human nature, local adaptation is likely to be preferred in most cases, particularly among those with the wealth and power to see their preferences made law. The human heart, when gripped by fear, does not typically incline to altruism.

Both mitigation and adaption are necessary at this point. But for every day mitigation is delayed, the need for adaptation grows, most especially in places that will depend on the ongoing largesse of wealthier nations to pay for it. That’s not a recipe for egalitarian outcomes. In short, mitigation is fighting for attention and dollars against much mightier foes like Indifference and Narrow Self-Interest. It needs all the help it can get.