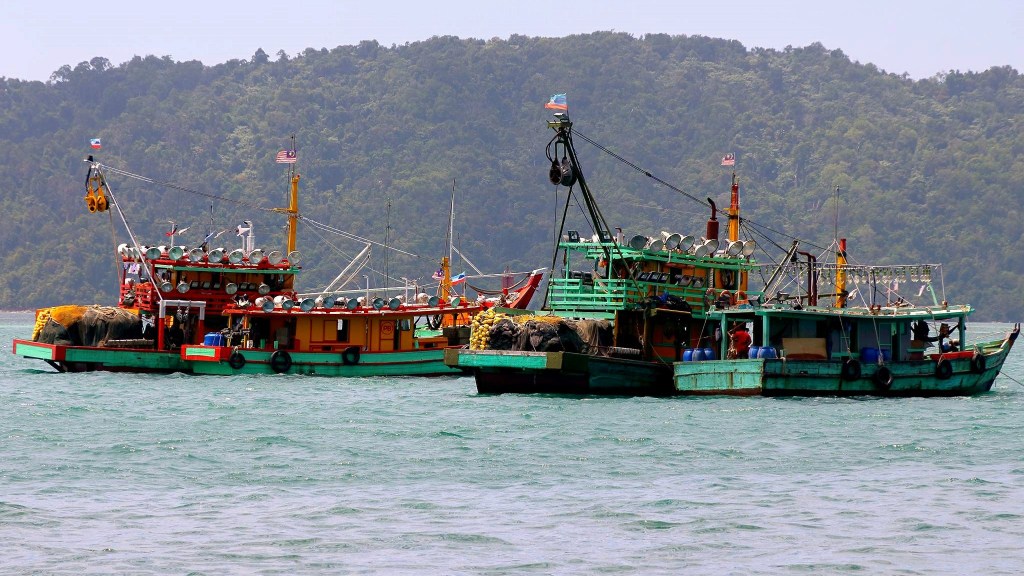 stratman²
in cod we trust

To create a more sustainable and equitable food system, we’re going to have to produce more food. That’s the conclusion I’ve come to as I’ve worked through the arguments over feeding ourselves. We’ll need to share that food more equitably and limit population growth as well — but it turns out that increasing food production can help with both those things.

(For all of you shouting “food waste!” at your computer screen, I can hear you, and I will get to it.)

There’s a lot of arable land left for farming, but almost all of that land has something wrong with it. In some places the soils are poor; in others, the rain never falls (or never stops). Some of the land is rainforest or designated as a wildlife sanctuary. Much of the remaining “available” land is, in actuality, already being farmed by disenfranchised people whose names don’t appear on any official title.

So where do we go to produce more food when land is lacking? Perhaps to sea.

That seems like a possibility. I’ve heard legends of cod so thick in the North Atlantic you could walk from Maine to Greenland. If we were able to get anywhere close to that, those wild fish could feed a lot of people.

In his book, The Perfect Protein, Oceana CEO Andy Sharpless lays out a similar vision: We reduce fishing long enough to let wild stocks rebound, then take a higher sustainable catch each year. He writes, “If the world’s fisheries were better managed they could yield up to 40 percent more of the world’s healthiest, most environmentally friendly protein: wild seafood.”

Well, maybe. But the majority of researchers have a considerably less rosy view.

Humans currently catch about 80 million tons of fish a year. Trevor Branch, a fisheries scientist at the University of Washington, thinks that we could increase that to 90 or 100 million tons with better management. The FAO, the U.N. Food and Agriculture Organization, has about the same estimate: “Rebuilding overfished stocks could increase production by 16.5 million tonnes.”

There’s just not much room for improvement, Branch told me. But what about my idea of skating to Greenland on cod? “There are some populations that you could catch more of, like cod in the Atlantic. But a lot of fisheries are doing fine. In the Baltic Sea, cod is at near record highs. If I were to grade global fisheries management [for sustainability], we’re between a B and an A right now,” Branch said.

I was honestly astounded by this. The FAO gives fisheries a C — 71 percent of fish stocks are caught at a sustainable level. But still, I would have guessed the grade was a D or F. I told Branch that I’d assumed that we were steadily driving every fishery into collapse. It seems like everything I hear about fish is tinged with catastrophe.

“Bad news gets more press, good news gets less,” Branch said. There’s good news all the time: Just recently there was evidence that blue whale populations had rebounded, and that rockfish off the Pacific coast were now numerous enough to support regular catches. People talk about bad news to try and fix problems — there’s less reason to talk about good news.

Ray Hilborn, another fisheries scientist at the University of Washington agreed. “Capture fisheries really aren’t going to be able to grow much.”

Okay, so there’s not that much room for growth through better management. What about catching new creatures? We could be hauling up a lot more krill and there are lots more fish hiding out beyond the reach of nets in the mesopelagic zone (the middle ocean — below the normal fishing depth). There are 100 to 500 million tons of krill on any given year, and it’s been suggested that the mesopelagic zone is home to as much as 95 percent of the world’s fish, but neither is a great solution to our problems. Krill are at the base of the Antarctic food web: They support penguins and whales and other fish. And the weather in the Antarctic make them hard to catch.

Mesopelagic fish are also hard to catch, because they are spread out at low density around the world. “If you go out into the open ocean and switch on your fish finder, there’s this mid-level scattering layer everywhere,” Branch said. These are mesopelagic species, like lanternfish. They are just too deep and diffuse to catch with any efficiency.

If we were to catch more krill or lanternfish, we’d be in real trouble: We’d have to figure out how to eat them. Krill isn’t part of any food tradition, but we might be able to get used to them. Lanternfish, on the other hand, “are watery, tasteless … They are pretty horrible,” Branch said.

It’s going to be tough to pull a lot more wild fish out of the ocean. But what about domesticated fish? Aquaculture got a bad reputation in the early days because people were focused on salmon. It took three pounds of feeder fish to grow a pound of salmon. When you farm salmon you are basically taking a lot of fish and transforming it into fewer fish. Not good if you want to feed more people.

Now salmon on farms eat grain mixed with fish, and it’s efficient — so 16 ounces of salmon might only require 14 ounces of feeder fish (plus corn and soybeans).

You can also farm vegetarian fish — or omnivorous shrimp — with grain and agricultural waste products: they convert feed to meat at about the same rate as chicken, which is to say, better than all the other farm animals.

“Fish have an advantage over livestock,” Hilborn told me. “They don’t have to stand upright, they just float.” Use a little less energy to stand up and you gain a little more energy to grow.

Even better than vegetarians are the filter feeders, like oysters and clams, which filter tiny food particles out of the water and clear up pollution in the process. There’s room for a massive expansion in shellfish farming.

Production from aquaculture is rising at 7 percent a year, which is extraordinary. Farming yields might rise by 3 percent on a particularly good year. “The growth is staggering,” Branch said.

Of course aquaculture takes up space, and it requires water. But there’s the potential to make double use of both that land and water. China, which is responsible for over 60 percent of the world’s aquaculture, produces some 1.2 million tons of fish in rice paddies. The fish eat insects that come to attack the rice, and their poop works as fertilizer. Fish production in China’s rice fields has increased thirteenfold since 1992, according to the FAO.

Of course, there are just as many examples of ways to do aquaculture horrifically wrong. But the point is that getting it right is possible: There are no hard limits, and no devastating environmental tradeoffs to aquaculture done right. And that’s Andy Sharpless’s larger point.

We really could feed ourselves with fish. The average human currently eats 19 kg of fish a year. Compare that to 10 kg of beef, 14 kg of poultry, and 15 kg of pork. Fish are an incredibly important source of protein. Increases in fish production could make a huge difference.

These stories of measured success and cute animals suggest the ocean may not be entirely screwed! 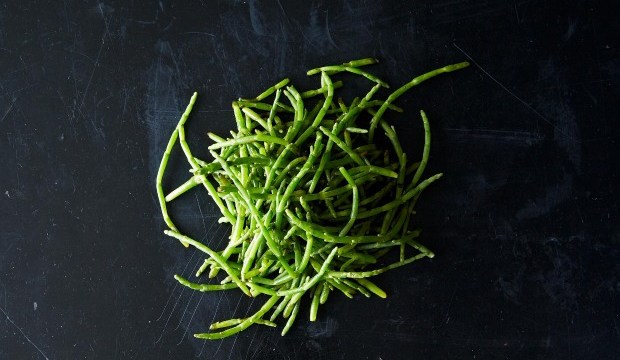 They may look weird, but these crispy foraged greens are a delightful way to step up your usual seafood routine.
See all articles in this series